On August 31, an undefeated Kali Robbins (4-0) will square off with Sharon Jacobson at Invictia Fighting Championships 25.  MyMMANews caught up with “Poptart” as she prepares for what promises to be an intense strawweight matchup in her Invicta FC debut.

What have you been focusing on in this fight camp that you may have not done in the past? 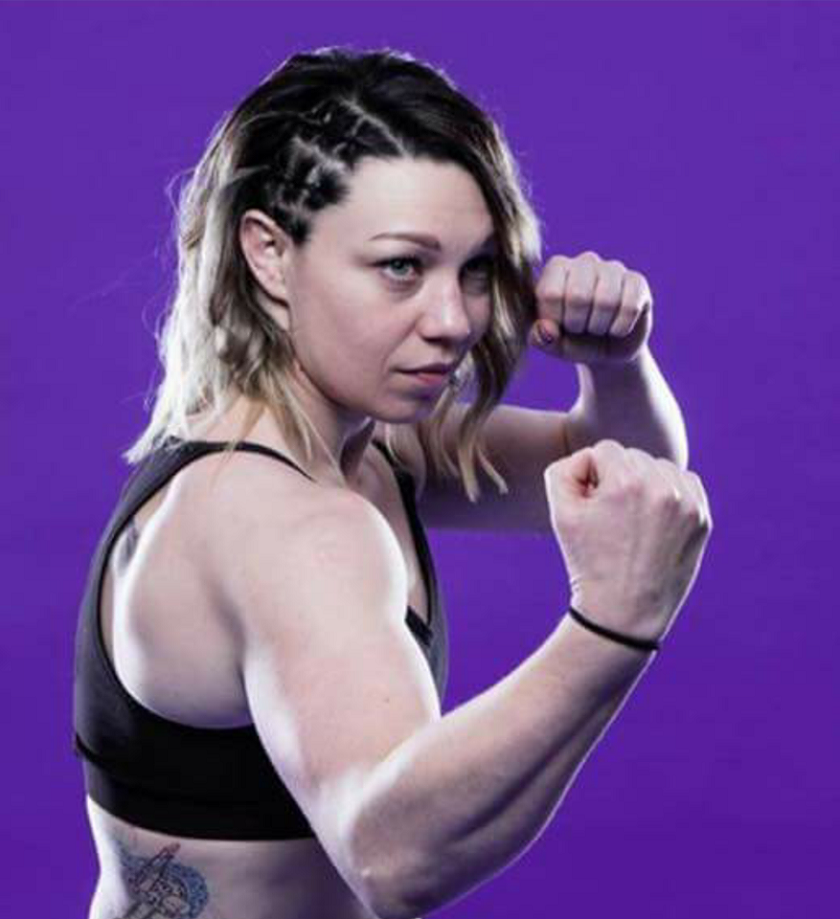 “I’ve kinda work in the same respect, I’ve definitely fought left-handed wrestlers before. Making sure I’m prepared for what she’s doing. I don’t wanna give away all my secrets, like here’s my fight plan but I would say I train full time all the time. So, in terms of intensity it’s the same. I’m just working different things. I feel like I have an open play book on what she does because there’s so much film on her. Where as for me there is maybe two, three minutes fighting at all on the internet.”

All of your fights have ended in finishes, are you hoping to continue on that streak?

“Yes, ideally. I wanna get in there and get out of there. That’s the main plan. I’m never trying to go into decision. That’s the worst feeling in the world. Dragging it out waiting to see what happens in the end, no. I’m definitely going in for the finish. I’m going in with knock out power, and I believe in my jiu jitsu.”

You’ve had a delay in making your Invicta debut due to a rough weight cut. How are you feeling about your weight cut this time around?

“I feel good. I’m in a perfect position to make weight in time. In January, I had gotten a short notice fight. It was ten days notice. It boiled down to eight days when everything was signed and agreed. I had been cutting weight for a fight that fell through and then it was the holidays. I was literally eating seven hundred calories a day and watching my weight rise. It was so frustrating. I definitely feel better having the time to do it healthy. That was the only time I’ve missed and I knew if I went further bad things were going to happen to me physically.”

How did you get the nickname Poptart?

“By eating a lot of Poptarts.”

Do you have a favorite flavor?

“I’ve been on a chocolate chip phase or maybe I’m just hungry and that’s what I want. No, when I first started cutting weight to 115 I’d get these crazy craving. Pizza, golden raisins. Don’t even ask me why. Sugar just probably sugar. And then one time it was Poptarts and it just stuck out.  People just started calling me Poptart.”

In addition to being an MMA fighter, you also run your own business, Moxy MMA. Tell us about it.

“I went to school for fashion and marketing, so it was sort of serendipity. There’s definitely a market for female MMA, especially now. We’re in a whole new era. I wanted something I would want to wear; my friends would want to wear. Something I like. We kinda do a play on lady rock pioneers. The 70’s. Stuff like that. Play on words with Joan Jett, Pat Benatar, Blondie. That’s my focus. Plan to expand it grow it. Keep a strong female vibe to it.”