Makhachev and Oliveira meet next Saturday in Abu Dhabi in the main event of UFC 280, with the vacant UFC lightweight title on the line. Makhachev and Oliveira are as elite as it gets in the 155lbs division, and this should be an incredible fight to watch play out. As well, it’s a very intriguing fight from a stylistic perspective. Although Makhachev has some of the best wrestling in his weight class, his opponent Oliveira has the best submission game in the division and improved striking. Overall, it should be an amazing fight, and it’s certainly a difficult one for most fans to predict. However, Nurmagomedov sees it as an easy fight.

According to Nurmagomedov, who spoke to UFC Russia, he believes that Makhachev will “roll over” Oliveira when they clash inside the Octagon at UFC 280.

“I think Islam is more skilled than Oliveira. Secondly, his experience as an amateur fighter. Also, he’s at his peak. Islam is at his peak. Islam isn’t 23, 26 or 27. He’s 30. A week after the fight, he’ll be 31. It’s the best time for any athlete. It’s a time when your mental and physical state should be in synergy. Sometimes your mental state is high, but your physical state is going down. “Or when you’re 27 and at your physical peak, but mentally you’re not there yet, because you’re just 27, not 31. And Islam is at his peak. I think Islam is better overall. Of course, there are some potential dangers that we’re working on where Islam needs to be careful. Other than that, Islam should roll over him,” Nurmagomedov said (h/t MMAjunkie.com).

Who do you think wins at UFC 280, Charles Oliveira or Islam Makhachev, and do you agree with Nurmagomedov’s belief that it will be an easy fight for his longtime teammate? 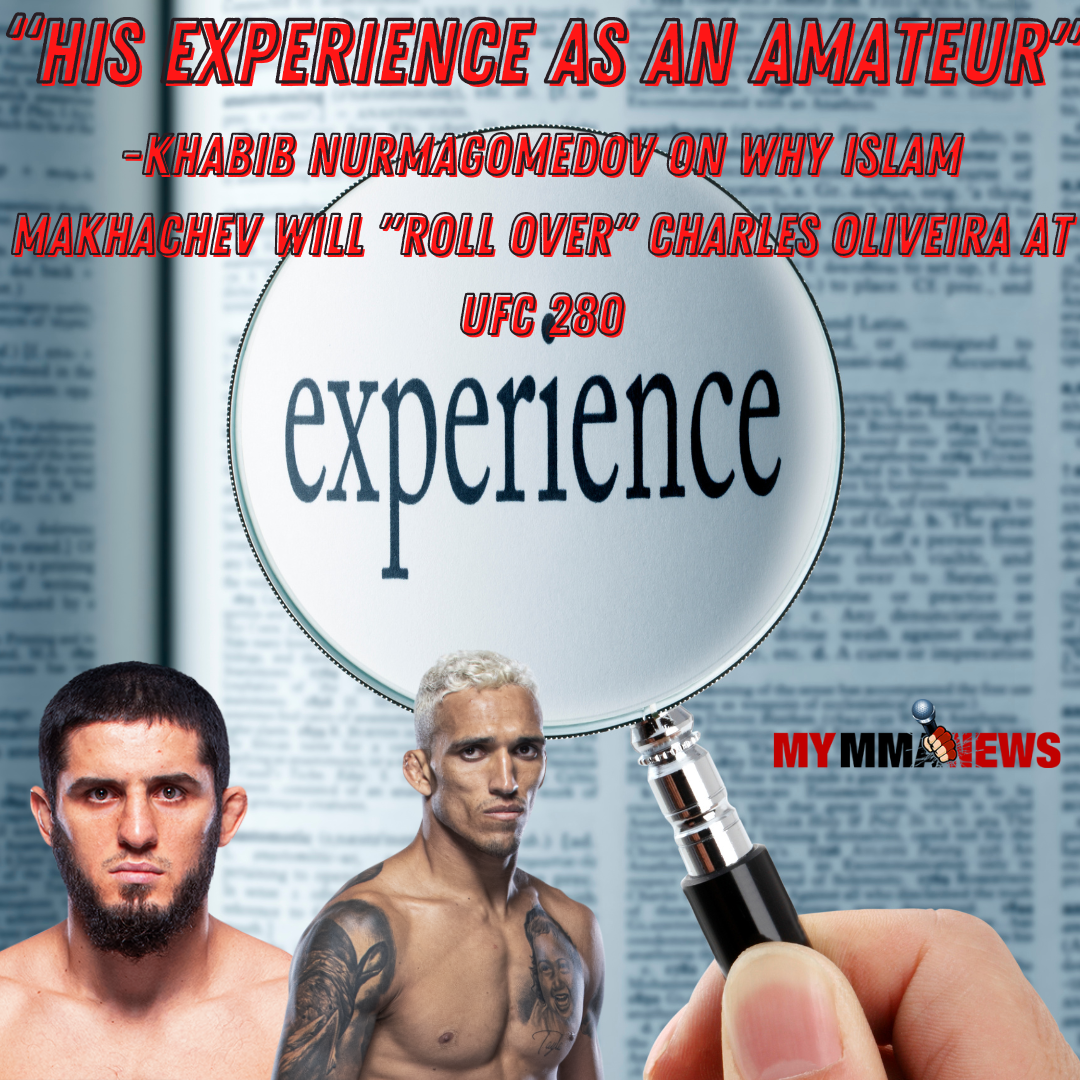 MMA journalist, podcast host, and handicapper for MyMMANews.com, MMAoddsbreaker.com, and Bookies.com. MMAOB Daily Podcast host. Join me LIVE @ 5 pm EST every Monday for my live free podcast. Over 10 years of experience writing about MMA. I love this sport.