We have a very exciting flyweight bout coming to us this weekend at UFC Vegas 21, as Matheus Nicolau and Manel Kape battle it out on the second fight of the main card.

This is an incredibly interesting match up, and just five weeks after Kape made UFC debut against No. 3 ranked Alexandre Pantoja. Though Kape lost this fight via unanimous decision, he didn’t look bad, he just didn’t do enough. 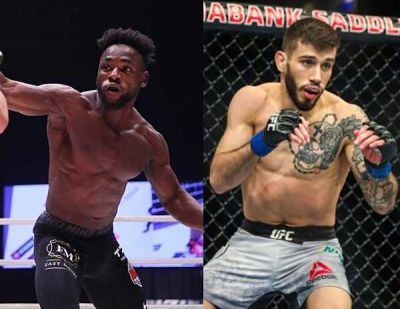 But hey, the octagon jitters get the best of a lot of ’em. Kape just needs to throw more, like he did over in Rizin, and he could very well become the best flyweight in the sport. He’s still only 27 years old as well, and a young 27, turning 28 in November.

Nicolau himself is just now coming back to the UFC, after winning two fights following his release, one for Future FC, and one for Brave CF, before getting the call up to come back just after turning 28 years old in January.

It’s surprising the UFC even cut him to be honest. He was 3-0 in the UFC and 13-1-1 overall as a professional when he lost to Dustin Ortiz in July of 2018. That’s neither here nor there however, he’s here now, and he has a real test in front of him.

The same could be said for Kape though, because Nicolau, like himself, is incredibly talented. He’s someone that could also potentially hold the belt in his future. 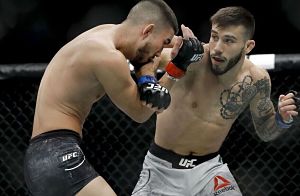 Nicolau’s most impressive victories come over John Moraga, who’s a former flyweight title challenger, and Louis Smolka. Both of these young talents have such a bright future in fighting, it’s a wonder how this one will go. 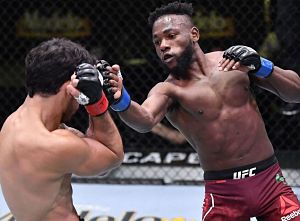 Going into his last fight with Pantoja, Kape was coming off the second-to-longest layoff of his career. Not to mention, as mentioned above, it was his promotional debut. Now having two fights in 35 days, chances are he’ll be much more adjusted now than he was last month.

Kape also has to get used to fighting in a cage, he’s been competing in rings for the last six-plus years.

Who do you see walking away the victor in this epic flyweight scrap?

By Lenny March 8 mins ago