Before he does that however, Diakiese is making headlines as he becomes the first UFC fighter to pose for Gay Times Magazine.

“As people, we are all one,” Diakiese wrote on Instagram. “There’s a lot of people who are single-minded. We’re all the same and as long as I get on with you and you get on with me, I’m fine. There’s no difference. We’re in a new era in  2017. You can do and be whatever you want to be.  We are all people, we are  all the same, and so I’m pleased to be here and be featured in the @gaytimesmag 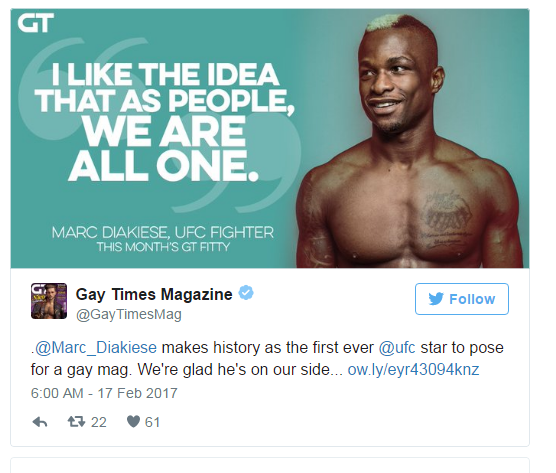 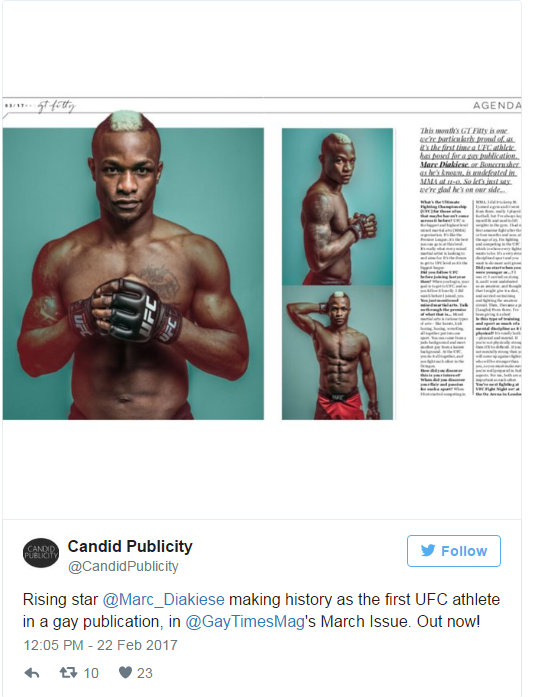