Ian McCall may have lost his last fight at UFC 183 to John Lineker via decision, but that isn’t slowing down the fan-friendly flyweight from looking for his next opponent. ‘Uncle Creepy’ took to the popular mixed martial arts forum www.mixedmartialarts.com (Underground) to ask his large gathering of fans who they would like to see him fight next. 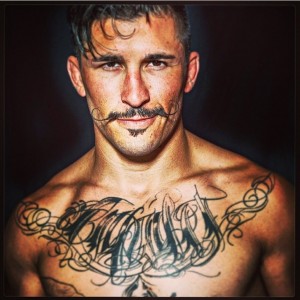 McCall (13-5, #3 ranked UFC flyweight) did not hesitate to take a jab at Lineker (25-7, #7 ranked flyweight) by calling him “fat boy”. McCall post suggests that a rematch with Lineker would not work at flyweight since UFC president Dana White is mandating Lineker to move up a weight class for missing weight for the fourth time in his last eight fights.

McCall posting on the popular “underground” at www.mixedmartialarts.com

McCall stated that he is suspended for 45 days to cuts sustained in his fight, and he is ready for a new opponent. Some of the names “Uncle Creepy” brought up were #4 ranked John Moraga and #1 contender John Dodson. Many of the mma fans who post on the site seemed in favor of a potential fight between McCall and Dodson, with the winner earning a title shot against Demetrious Johnson.

Prior to his loss to Lineker, McCall strung together back-to-back wins over Iliarde Santos and Brad Pickett. McCall is now 2-3-1 in the UFC, with a draw and a decision loss to the current flyweight champion Johnson (21-2).