Titan Fighting Championship welterweight champion Michael Graves is set to defend his title for the very first time when he meets interim champion Kamal Magomedov in the main event of Titan FC 59 on February 28. The fight card which takes place at Xtreme Action Park in Fort Lauderdale, Florida will be broadcast live via UFC FIGHT PASS, the world’s leading digital subscription service for combat sports.

Graves (8-1-2) was set to defend against undefeated Kamal Magomedov (8-0) in the main event of Titan FC 57 in October 2019, but due to the injury, the former Ultimate Fighter competitor was removed from the card and replaced by Brazil’s Italo Goncalves.

When the Titan FC 57 fight card was initially put together, Graves was the promotion’s interim champion and was scheduled to challenge for the official title in the night’s headlining bout. He was to meet then champion Uros Jurisic, but when Titan FC officials stripped Jurisic of his belt due to ongoing medical issues, Graves was formally introduced as the new welterweight champion.

“As a fan and promoter of mixed martial arts, I’m beyond excited to announce that two of the best welterweight prospects on the planet are set to face off in a title unification bout that promises to deliver a violent display of technical mastery,” said Titan FC COO Lex McMahon. “On February 28th, 2020, we will find out who the real champion is”

Also, one of the hottest lightweight prospects in the world 25-year old Max Rohskopf (4-0) makes his Titan FC debut. An NCAA wrestler at North Carolina, Rohskopf entered MMA with a strong grappling background. The Ohioan has only had four MMA bouts but was already named one of MMA Junkie’s “20 Fighters Who Could Become Stars in the 2020s.” Rohskopf faces Paulo Silva (6-5) of Brazil in the night’s co-main event.

“We are very excited for Max’s Titan FC debut,” said his manager Brian Butler-Au, CEO of SuckerPunch Entertainment. “This kid is just built for the sport and utilizing every aspect of it at a very high-level. Everybody that has come in contact with Max has said he is a next level animal. Talk around the gym is that his level of wrestling and grappling could rival Khabib already… That says a lot when you consider the gyms Max trains out of (Xtreme couture and Zenith).”

To sign up for UFC FIGHT PASS, please visit www.ufcfightpass.com 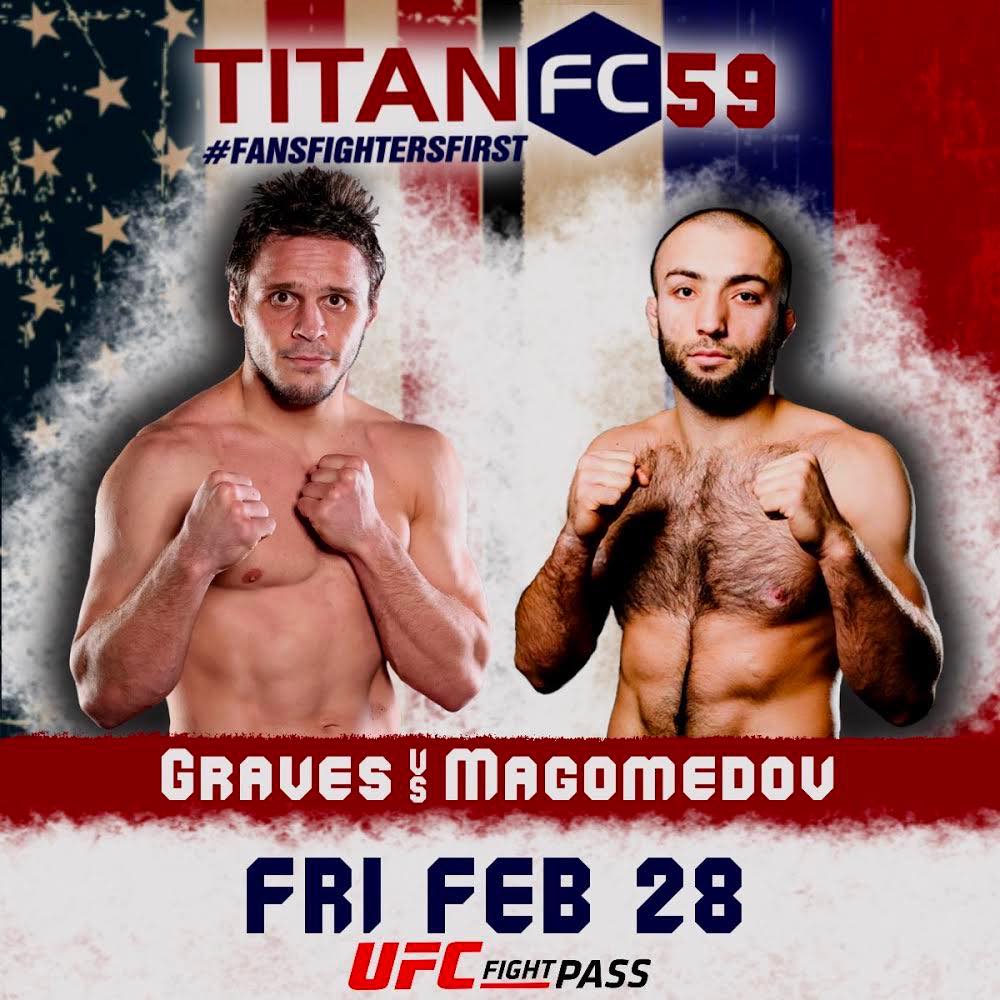