With a $1M prize on the line, Brad Kohler, a former Ultimate Fighting Championship competitor and founder of the Combo Hitter, along with business partner, A.J. Hiller of MMA Signatures, are serious about what might be considered a risky venture.

The retired MMA fighter and holder of one of the best knockouts in UFC history, released plans to host a mixed gender MMA bout on pay-per-view.

Just like when the UFC founders set off to see which martial arts would reign superior when paired up against one another in 1993, Hiller and Kohler want to put an end to the debate of man vs. woman.

The duo are on the hunt for potential candidates for the bout that will be held on January 12 and streamed live with purchase on InPlayer.com.

The bout will take place in Russia with no live audience. The only way to watch the fight unfold will be through pay-per-view on InPlayer.

The mixed gender bout will not be sanctioned by a regulated athletic commission, and there will be no cage, no ropes, and backyard style rules.

Participants will also be subject to passing the proper medical exams.

The two men combined have more than 130 professional mixed martial arts fights. UFC Hall of Famer Mark Coleman will be in Sims’ corner.

Kohler will call into MyMMANews Radio on Monday night at 9:15 p.m. EST to further discuss the fight card that is sure to get everybody talking.  Like the MyMMANews Facebook page to watch the live broadcast. 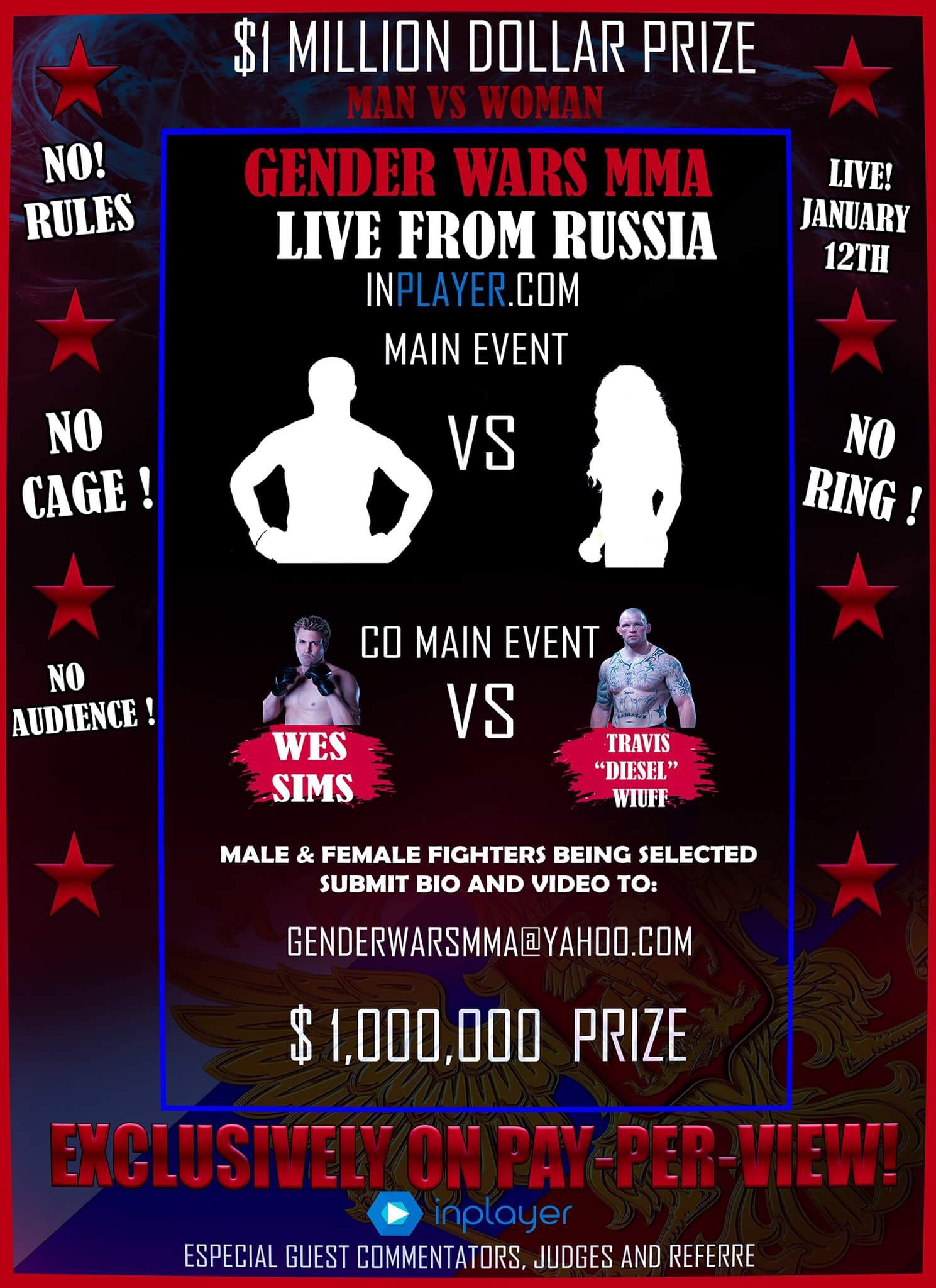