It’s just another day in the office for Nate Kinard as he puts in his final preparations and weight cut for his professional Muay Thai debut. Promoters and business parntners, Irv Althouse and Jen Heffentrager, will be hosting USKA Night of Champions this Saturday October 2t, in Allentown Pennsylvania, where Kinard will make his way to the ring against a newly named opponent.

“I really appreciate USKA and how they have handled things.  Unfortunately, my original opponent dropped off the card and Jen and Irv have jumped through hoops to find a new opponent for me.  It looks like I’ll be facing Cole Fetzner out of Canada.  It will also be his pro Muay Thai debut.”

Changing opponents does not faze him in the least. Kinard said he feels comfortable no matter who he faces because he is putting in the work and concentrating on what he can do to prepare and not the stuff out of his control like a last minute replacement. Kinard is also very confident that his mentor and coach, Bob Bitner who he has been with over 9 years, will guide him to victory.  Nate has always prided himself in taking care of his body as he runs Kinard Strength and Conditioning Systems out of Hanover, PA.  He gets to spend many hours refining his strength, cardio, and technique while doing what he loves. 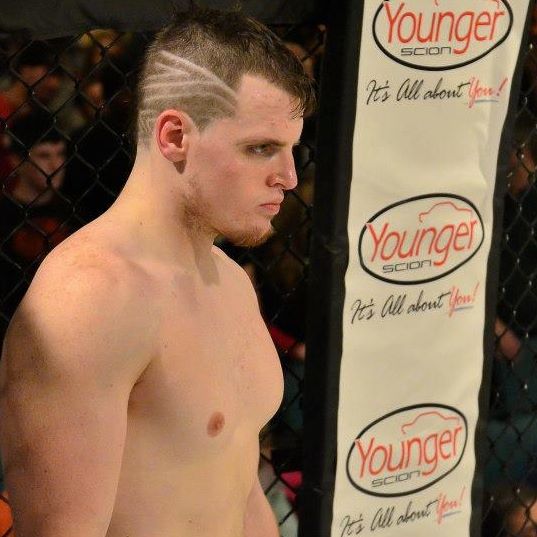 Northern Pennsylvania has been a breeding ground for numerous stand-out athletes. (Joe Montana, Dan Marino, Arnold Palmer, Larry Holmes to name a few).  Kinard is trying to follow in their footsteps, as he has taken his love of sports and competing and made it into a career.  He started training mixed martial arts, but found himself more attracted to the striking part of the sport.  Seems odd that a wrestler would feel that way, but Kinard doesn’t seem like the type of man to back down from a challenge.

When I asked USKA matchmaker Jen Heffentrager about Nate, I was told he is a beast.  He was nothing but a gentleman and a grounded individual when I had the chance to speak with him less than a week out.  Please listen to our chat below as Nate gives us the lowdown on his upcoming pro debut on Saturday. As always, MyMMANews will be ringside at USKA with up to the minute results from the man himself, Eric Kowal, amazing photos from William McKee, and I will be handling post-fight interviews. 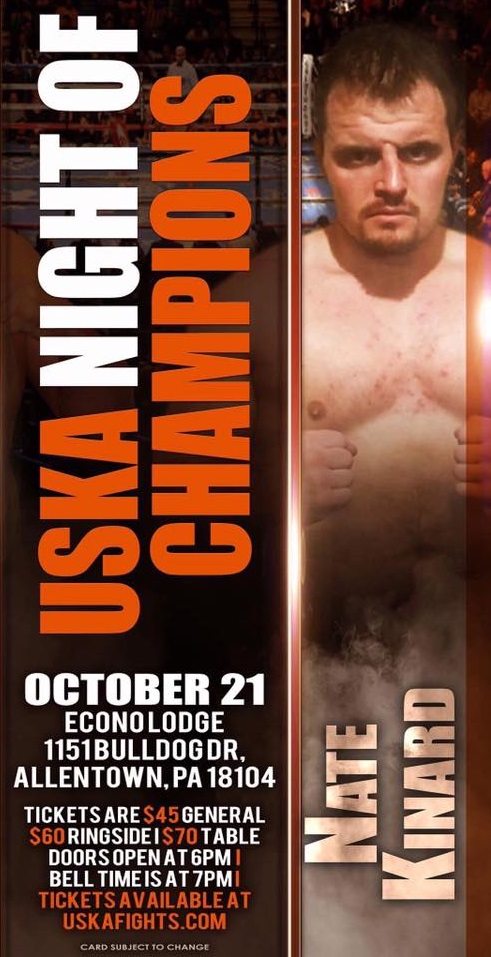