Titan Fighting Championship officials have announced the promotion’s return to Xtreme Action Park in Fort Lauderdale, Florida on Friday, December 20.  After a successful outing in the Dominican Republic with Titan FC 57 last month, Titan FC 58 will be held stateside where it will be broadcast live on UFC Fight Pass.

Newly crowned Titan FC bantamweight champion, Mexico’s Irwin Rivera meets Florida’s own undefeated Danny Sabatello in the main event.  The title was recently vacated by then champion Rudson Caliocane who is recovering from a medical condition. Caliocane, a native of Brazil, won the then vacant Titan Fighting Championship bantamweight title with a unanimous decision victory over Edir Terry at Titan FC 52 in January.

Since that time, Caliocane had not fought under the Titan FC banner. With the permission of the Florida based promotion, Caliocane took a fight in his home country of Brazil on October 19. He was paired up against Matheus Mendonca for Future FC at an event held in Sao Paulo. The contest would go the distance but the effects from the fight will lead the professional mixed martial artist down a long road of recovery as he was diagnosed with a brain stem hemorrhage.   The Titan FC promotion recently set up a GoFundMe to help Caliocane with medical expenses.

Rivera won the interim title title with a liver kick over Matt Wagy earlier this year.  When Caliocane forfeited his title, Rivera was bumped up to the official title holder.

In the Titan FC 58 co-main event, professional boxer Ulysses Diaz will make the crossover to mixed martial arts.  He brings with him an outstanding boxing record of 12-1 with 11 wins by knockout.  An opponent has not yet been named for Diaz, however Titan FC COO Lex McMahon feels the announcement should be available in the coming days.

Mohammed Usman, brother to UFC welterweight champion Kamaru Usman, returns to the Titan FC cage.  “The Motor” recently picked up a first round knockout win over Alexis Garcia, his second victory under the Titan FC banner this year.  Usman will welcome Reggie Cato, a native of Oklahoma, to Titan Fighting Championship when these two heavyweights collide on the event’s main card.

With close to 50 fights between them, Cristian Torres (14-10) and Askar Mozharov (18-7) will face off at 205-pounds while a handful of featherweight bouts are still being put together to open up the live stream on UFC Fight Pass.

All bouts live and subject to change. More fights to be added shortly. 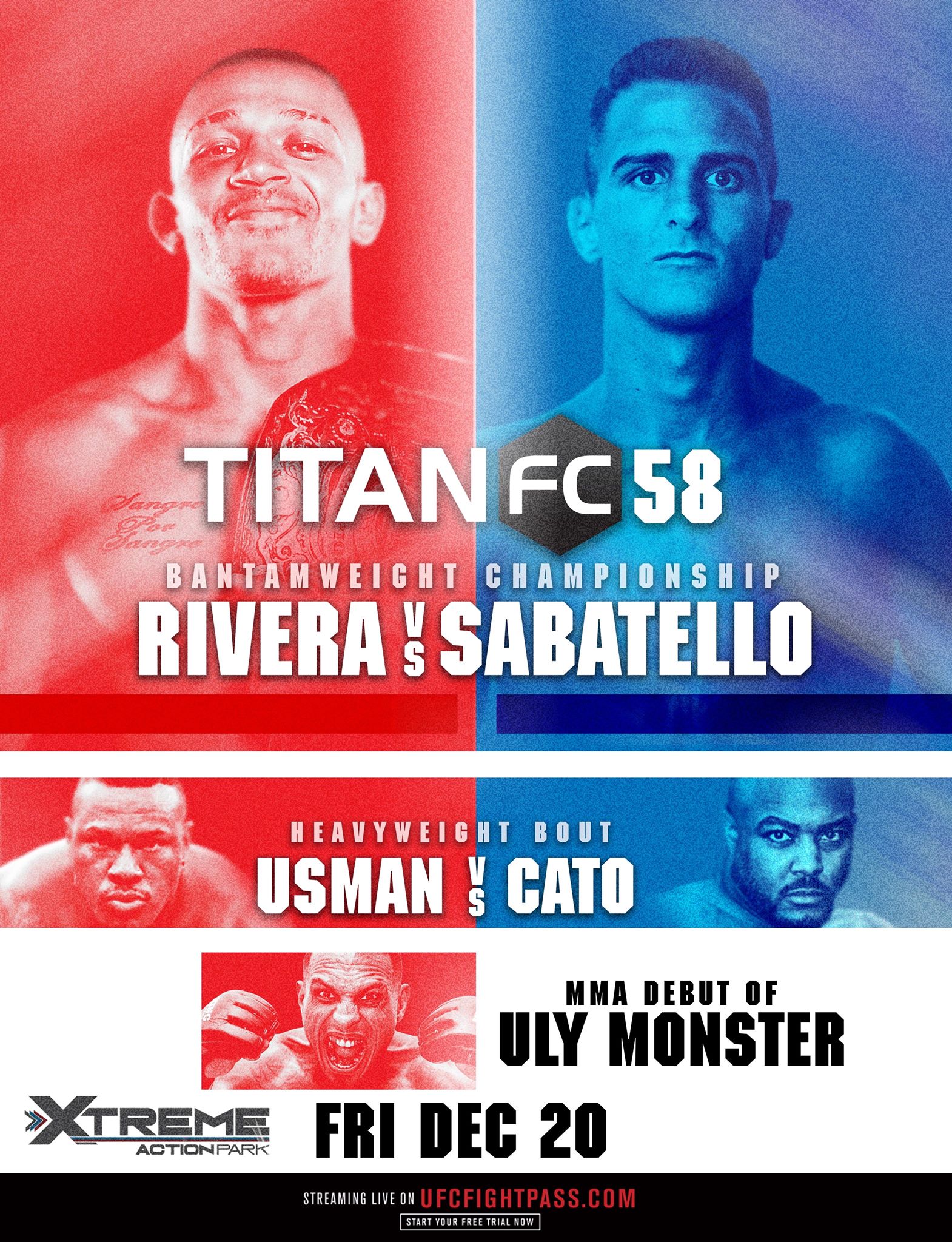