The UFC’s strawweight division will see the return of Paige VanZant, fresh off her stint on the hit television series, Dancing With The Stars, as she returns against ‘Rowdy’ Bec Rawlings, August 27 at Rogers Arena in Vancouver, British Columbia, Canada. 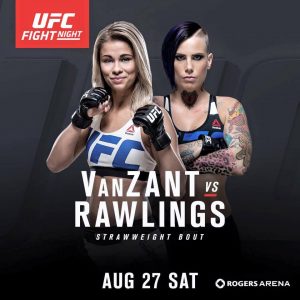 VanZant was 3-0 in the UFC before being taken out by Rose Namajunas in December.

Rawlings, has UFC wins over Seohee Ham and Lisa Ellis.