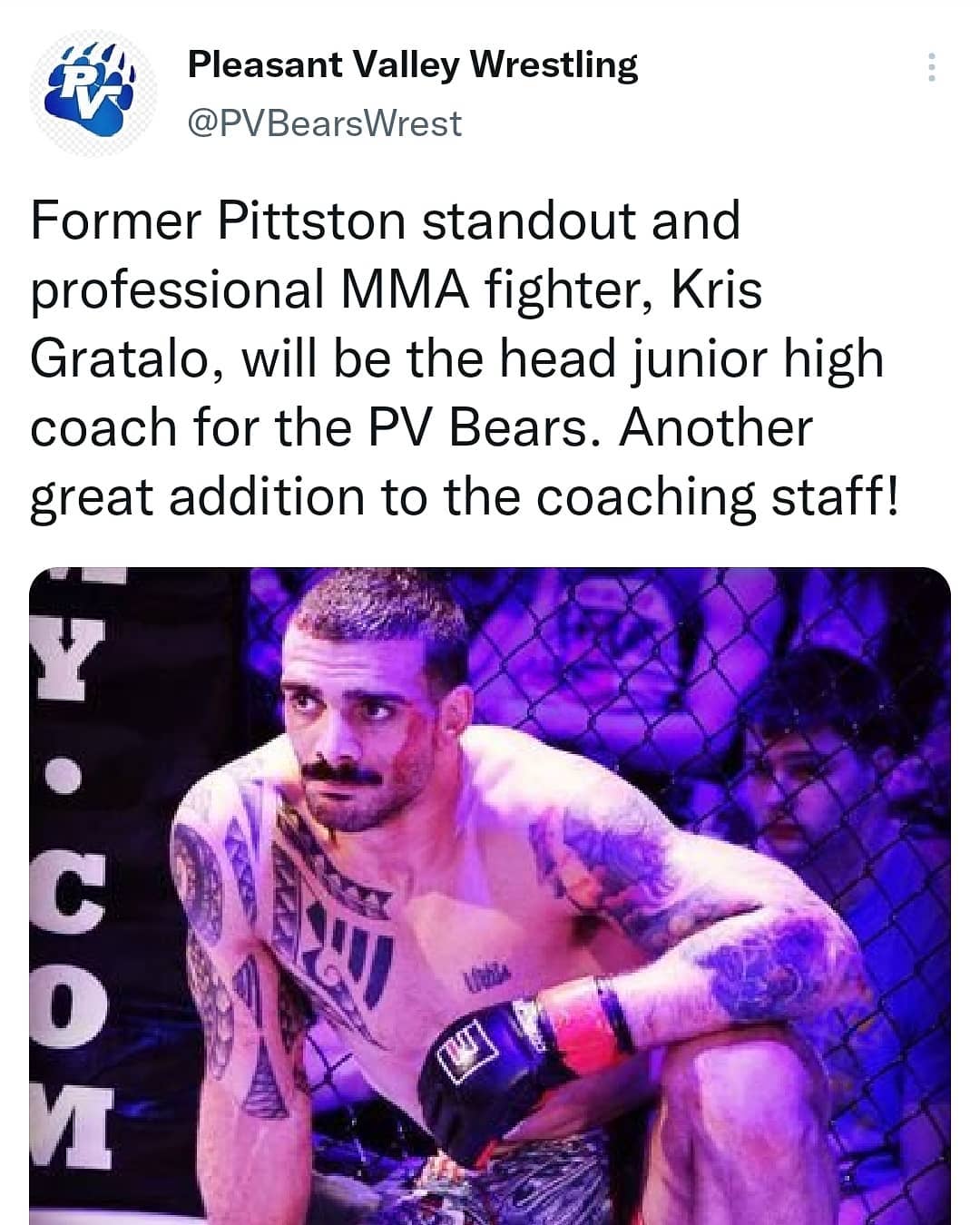 Gratalo, a graduate of the Pittston Area School District, earned 53 wins while on the Varsity team between 2007 and 2009.

“Coaching has always been something I’ve enjoyed,” Gratalo said. “This (youth wrestling coach) was an opportunity I couldn’t pass up, because I had found out that the school was about to cancel their program altogether. Wrestling can change lives on and off the mat and I don’t want see these kids lose that opportunity.”

“The Badger” Gratalo turned to amateur MMA in 2012, piling up six consecutive wins before his first loss a year later. Upon turning pro in 2015, Gratalo battled through a variety of injuries, including a fight-ending laceration in his last outing in November 2019.

“Coaching is the most rewarding job on the planet,” Moser said. “To watch these kids set goals, learn and prepare and crush it, that’s why I started coaching. My goal is to do our best. We’re a young team. We’re going to be a difficult team to deal. I’m really looking forward to seeing our growth as a team and also growing our school’s program.”

Congratulations to both men.  Good luck with the season.