Just two short months ago after executing wrestler Navid Afkari, Iran’s government is back at it again with human rights violations. This time, Reza Tabrizi, a paralympian, was arrested for questioning why mosques were opened in the COVID-19 pandemic and gyms were closed. Tabrizi is currently facing the death penalty.

Reza Tabrizi won a silver medal in powerlifting in the 2011 New Zealand Paralypics. He said on Instagram that allowing people to visit the Imam Reza Shrine was hypocritical while gyms in Mashad remained closed. Masih Alinejad, an Iranian journalist, announced it today that Tabrizi was arrested today.

When arrested, Tabrizi was seen being forced out of his wheelchair and struggling to walk. The Iranian cleric, Morteza Mustafazadeh called for Tabrizi to be executed for his comments. “This guy had posted a threatening insult on his Instagram account and thought that in the country ruled by our religious beliefs, he could do any damn thing that he wants. Thanks be to God he is now behind bars,” said Mustafazadeh.

Tabrizi’s Instagram has since gone private with the following message seemingly from the Iranian government. 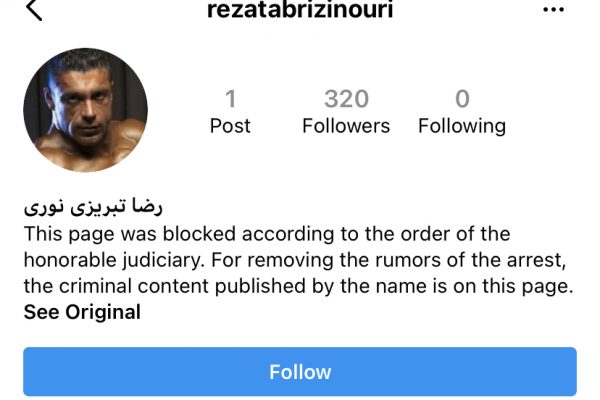 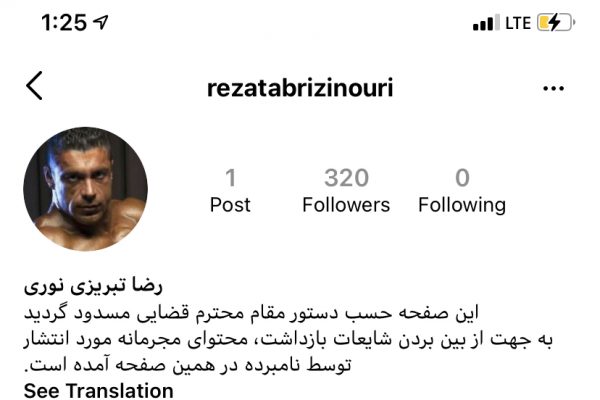 “This page was blocked according to the order of the honorable judiciary. For removing the rumors of the arrest, the criminal content published by the name on this page.”

Tabrizi released a statement, apologizing saying, “I apologise to all my friends and fans and hereby state that the love of our religious saints runs in the blood of my family and if as a result of a moment of negligence I have hurt your feelings I do sincerely apologise and ask for your forgiveness.”

Reza Tabrizi, Navid Afkari, and Others

Reza Tabrizi isn’t the first athlete targeted by the Iranian government, and he will hardly be the last. As mentioned at the top, Afkari was executed two months ago for participating in protests in 2018. He was allegedly involved with a murder of an official which was a false confession tortured out of Afkari. Majid Jamali-Fashi was a professonal kickboxer who was arrested for working for Mossad and the assassination of a nuclear scientist in Tehran was hung in 2012. Hooshang Montazeralzohoor was a wrestler who was executed in 1981 by firing squad. The stories go back deeper and darker the more you dive in.

In this new investigation by My MMA News, we are taking on the task of exposing the corruption of the Iranian government, specifically the country’s athletes. Retroactively, our two posts on Navid Afkari (read them here and here) will serve as our starting point. Stay posted to My MMA News as we dive deeper into the cruel and dark government of Iran.

By Blaine Henry 42 mins ago

The best theme slot games to play in 2023

Get Ready to Win Big with Web Slots PG Direct

Betting and gambling aficionados have a big reason to celebrate!

Most Secure Bitcoin Casinos To Play In 2023