The UFC needs a bantamweight champion, since Henry Cejudo vacated his title in May after defeating Dominick Cruz at UFC 249. Luckily, we’ve got two absolute killers going at it to see who the best bantamweight in the world is at UFC 251. Jose Aldo has long been one of the best, most dangerous fighters in the entire sport, while Petr Yan has taken us all by storm in the last two years.

Once arriving to the UFC, we knew Yan was a potential future title challenger, even only having had nine MMA fights prior. This is a new breed versus seasoned veteran type of fight, and it’s perhaps the most compelling fight on the card. That says something, because UFC 251 is stacked! 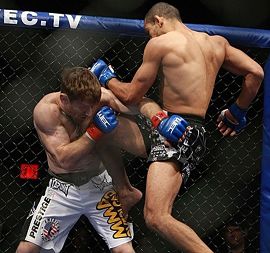 Jose Aldo burst onto the scene in the WEC back in 2008, where he racked up five straight knockout victories before challenging then champion Mike Brown for the WEC Featherweight Championship. Aldo TKO’d Brown in round two to become the youngest world champion in MMA history. That’s right, Aldo is the youngest champion in history, not Jon Jones. Aldo, like Jones, was 23-years-old when he captured the belt, but he’d just turned 23, while Jones was almost 24 at the time he defeated Mauricio Rua. The WEC Featherweight and Bantamweight Championships were the same belts as they have now.

Aldo defended his WEC title against Urijah Faber via unanimous decision and Manny Gamburyan via KO in round two before being promoted to the UFC Featherweight Champion. Aldo then defended his title against 21-0 professional kickboxer Mark Hominick, a fight he won mainly with his striking. This was the first time most fans saw him fight, everyone finally knew how truly special Aldo was. He then defended his title against longtime top lightweight, and former lightweight and welterweight title challenger Kenny Florian, who he defeated via unanimous decision. 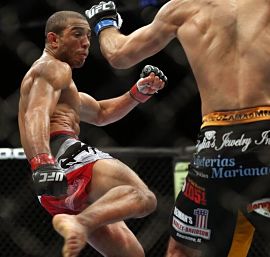 Aldo’s first finish in the UFC came against Chad Mendes at UFC 142, where he KO’d him with just one second left in round one. Aldo then defeated former UFC Lightweight Champion Frankie Edgar, as well as Chan Sung Jung, Ricardo Lamas, and Chad Mendes a second time. The second Mendes fight was incredible to see, it was a beautiful, technical war throughout; Mendes’ striking had gotten so much better with Duane Ludwig as his head coach, and his wrestling was still at a very high level. Nonetheless, it wasn’t enough to defeat the King of Rio.

Since then however, Aldo’s career has taken a downward path. His next title defense came against Conor McGregor, and he hadn’t fought in almost 14 months at the time that fight took place. As we all know, McGregor knocked Aldo out in just 13 seconds, and Aldo’s six-year championship reign came to an end. Aldo ended up rematching Frankie Edgar for the interim UFC Featherweight Championship and won that fight convincingly via unanimous decision.

Many people were picking Edgar to defeat Aldo this time around, given how close their first fight was, along with the fact that Aldo had just been KO’d and Edgar was on a five-fight win streak, ‘The Answer’ was looking better than ever. Aldo also only used four leg kicks in that entire five round fight, something we weren’t used to seeing from him. He always had the nastiest leg kicks in the game, but this is the first fight we saw him get away from them.

We then saw Aldo fight Max Holloway for the vacant UFC Featherweight Championship after McGregor dropped it, a fight where he was finished via TKO in round three. An immediate rematch took place, given there was no one else more deserving of a shot at the time, and we got the same exact outcome.

Everyone started doubting Aldo at this point. He started out his career with a 25-1 record, then went 1-3 in his next four with all three losses coming via (T)KO. After this, the UFC gave Aldo his first three round fight since his title eliminator fight with Cub Swanson in the middle of 2009. That’s eight-and-a-half years of nothing but five round fights, and training camps preparing for five round fights. 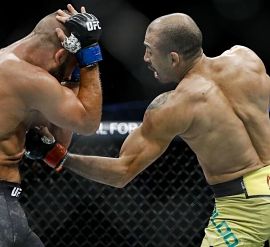 That three round affair came against one of the most brutal knockout artists in the sport, and an absolutely massive featherweight, Jeremy Stephens. Though Aldo did get tagged, and appeared to be stunned momentarily, he got the finish via TKO (body shot) just over four minutes into round one. We’d seen Aldo throw nasty shovel hooks to the body his whole career, but to our surprise, he never finished anyone with one, until then. Stephens is one of the toughest, grittiest fighters out there, no one expected him to get finished with a body shot.

Next, Aldo fought Renato Moicano in another fight that was scheduled for three rounds, and he defeated him via TKO early in round two. It seemed like we had the Aldo of old back, the WEC version of him. We hadn’t seen him finish anyone since he fought ‘The Korean Zombie’ in 2013, and that was because of an injury. His last true finish was his first win over Chad Mendes, which was in early 2012.

It was great to see him get back to what he used to do. Aldo started fighting safer once he came to the UFC, kind of like Georges St-Pierre when he won the welterweight belt the second time and had his long reign. This was around the time he started adding mass to his frame. Training for five round fights constantly, he must’ve left a lot of what he had in him in the gym, and he wanted to retain his title at all costs.

His next challenge came against Alexander Volkanovski, a fight he lost all three rounds of. Volkanovski just shut all of Aldo’s offense down that night, much like he did to Holloway when he captured the belt. The former champion then thought it’d be a good idea to move down to bantamweight, a surprise to us all. If anything, we thought he’d go to lightweight, like he tried to do when he was still the champion. We found out that Aldo’s eating habits weren’t the best, and when he does eat right, he can make the bantamweight limit. Now he has to make 135 lbs, not 136 lbs like he did against Marlon Moraes.

Aldo’s fight with Moraes was very close and competitive, but most of us thought Aldo won it, though he lost via split decision. Considering most people thought Aldo won, including the UFC Brass, he’s the one chosen to fight Petr Yan for the vacant strap. 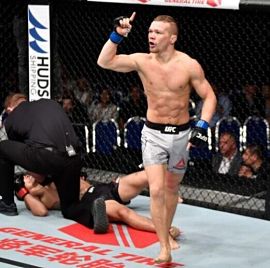 Petr Yan is one of the most skilled, well rounded fighters on the planet. He’s a Master of Sport in both boxing and mixed martial arts, which is kind of like a black belt in Russian ranking systems. Yan started out his martial arts career with taekwondo, but his older brother boxed, so he wanted to do that instead. He also competed in boxing for eight years, where he had immense amounts of success before transitioning to MMA.

Once arriving to the UFC, Yan went 3-0 in 2018, and 3-0 in 2019, with his most notable wins coming against John Dodson, Jimmie Rivera, and Urijah Faber. He was scheduled to face Marlon Moraes himself earlier this year, but that fight was quickly scrapped and Aldo was thrown in there. 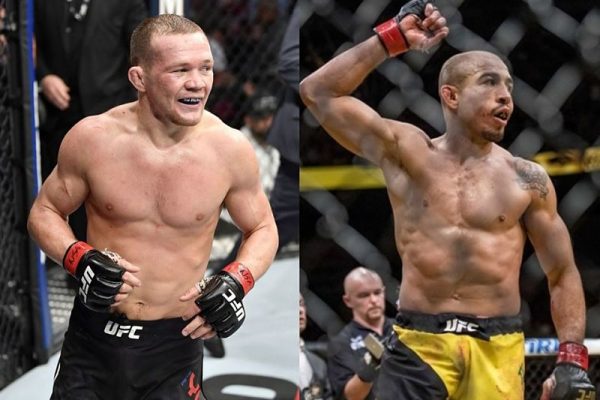 This is such a great match up, it’s a real wonder how it’ll go. For one, this is only Aldo’s second fight at bantamweight, who knows if he’ll even make the 135 lb limit. One thing we did see in his last fight against Moraes, he has good cardio competing at bantamweight. The only thing is, will he be more offensive this time around? Though most of us believe he beat Moraes, he didn’t do much in that fight, neither of them did. Aldo pursued the action the whole time, but didn’t throw as much as he could have. He’ll need to up his output if he wants to defeat Yan.

Another thing that may be a problem for Aldo in this fight is if he doesn’t throw leg kicks, which he hasn’t done in some time. They were so effective and accurate, it’s a wonder why he stopped using them. Some believe he has hip problems, thus the reason he’s much more of a boxer now. He also broke his foot by throwing his first, and only leg kick against Chan Sung Jung. Nonetheless, he’s also incredible with his hands. Aldo has one of the best jabs in the entire sport, and his hooks to both the head and body are lethal, he throws them so hard sometimes it puts him off balance. 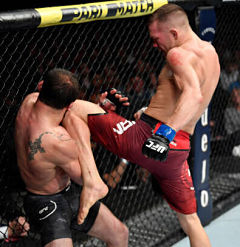 Petr Yan also has some of the best hands in the sport, and also has knockout power himself. His timing and distance management are up there among the elites, and he’s got some great kicks to accompany his boxing, whether it be round kicks to the head, legs, or a variety of spinning kicks. They both have great ground games, though we very rarely see them. Yan’s more of a wrestler, he has yet to be out-classed on the mat, while Aldo boasts a 1st-degree black belt in Brazilian Jiu-Jitsu.

How do you see this epic bantamweight title fight between Petr Yan and Jose Aldo going?