Tonights UFC Fight Night Rodriguez vs. Waterson has taken hit after hit as fights have dropped off for a multitude of reasons.  The fight card still looks like a very good one as Michelle Waterson ranked 10th and Marina Rodrigues ranked 8th, square off in the 5 round main event of the women’s flyweight division.  In the co-main event, Donald “Cowboy ” Cerrone faces off with Alex Morono at welterweight.

Leading off the main card is a very interesting matchups of young middleweights as Phil Hawes (10-2) throws down with Kyle Daukaus (10-1).  Hawes has gone 2-0 in the UFC since earning his contract on The Contender Series.  Daukaus is 1-1 in the UFC coming off of a convincing decision win vs Dustin Stolzfus.  This is how their fight went down, including round by round scoring from MyMMANews.com 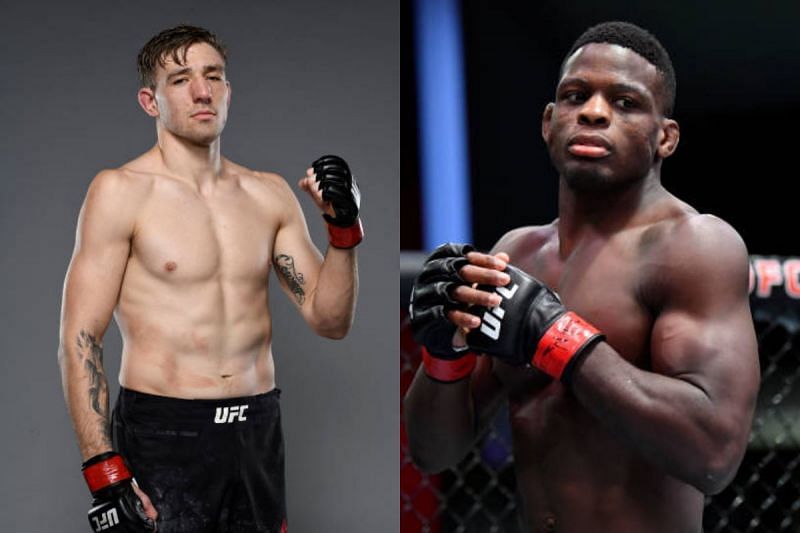 Hawes shoot and Dawkins does a nice job of sprawling and landing on the exit. Nice takedown from Hawes and he is in the guard of Daukaus. Daukaus is looking for a guillotine and gets the reverse and is now on top. Daukaus on top and is now behind Hawes and looking for the back and Hawes does a nice job of spinning out in the fight is back to the feet. Now Daukaus is in on a single leg and has Hawes pinned up against the cage. Daukaus is doing a great job of making this an ugly fight and is controlling position. Daukaus lands somebody punches and Hawes lands a knee as the round ends

Nice knee to the body from Hawes. Now Daukaus lands a left that stuns Hawes who looked hurt. Hawes now clinches as Daukaus spins off of the cage. Daukaus landing lefts and rights. Very sharp. Nice body shot from Hawes.  Daukaus to the clinch. Daukaus controlling the position. Nice elbow from Hawes and back to the center. Low blow from Hawes delays the action briefly. Hawes doing a good job of landing to the body and scoring.  Nice short right from Daukaus lands to the jaw. Hell of a fight as Daukaus shows hearts as Hawes is throwing and attacking.  Hawes finishes strongly.

Third round start and both guys are exchanging. Hawes shoots and Daukaus looks for the guillotine but Hawes is out and on top. Hawes punishing from the top as Daukaus defends. Hawes in control and looks strong on top and is landing ground and pound. One-sided round so far. Hawes ends the fight on top and was in dominant position for almost the whole round