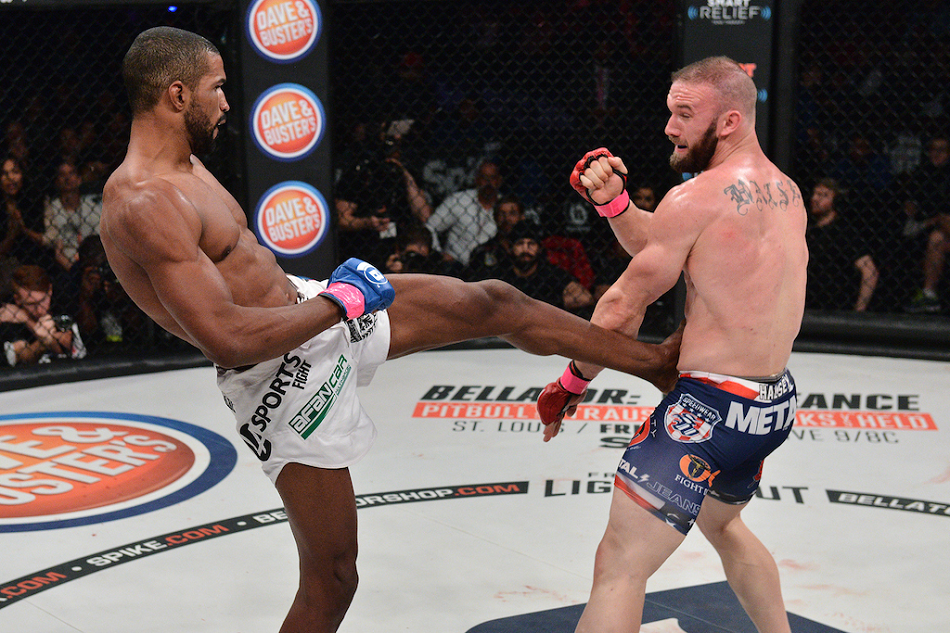 UNCASVILLE, Conn. (Oct. 23, 2015) – Rafael Carvalho (12-1) won the title that was vacated by Brandon Halsey (9-1) after missing weight in his last appearance, finishing the former undefeated fighter during an enthralling middleweight encounter in the main event of ”Bellator 144: Halsey vs. Carvalho.”


Carvalho had the belt wrapped around his waist by Bellator MMA President Scott Coker after sending Halsey to the mat in a heap, with a perfectly placed liver kick in front of a packed house at the Mohegan Sun Arena.

“I want to thank my team for everything,” Carvalho said after the win. “I have believed in myself from the beginning and I knew this time would come.”

The 29-year-old Brazilian fighter was an exorbitant underdog heading into the matchup, but as the saying goes, that’s why they fight. The next time Carvalho enters an arena, his banner will now hang from the rafters.

Ward Stops Olson to the Delight of Partisan Crowd 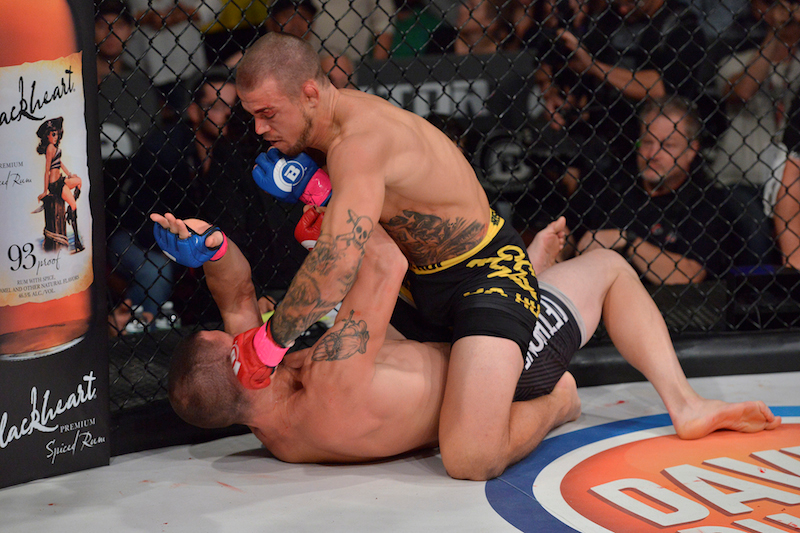 Much like the last time Brennan Ward (12-3) competed in his homestate of Connecticut, “Irish” caught Dennis Olson (14-10) with a right hand that sent “The Menace” to the mat, where Ward quickly pounced and forced the hand of referee John McCarthy. The finish came at 4:37 of the opening round.

Olson proved to be tough enough to withstand multiple flurries from Ward, even landing an upkick that seemed to hurt Ward when he tried to score a finish early. But Ward refused to let up, making sure he sent his friends and family home with a smile on their faces.

“I’m a hometown guy. Dennis and I talked a lot of stuff before the fight, but it was a battle in there. I have nothing but respect for him. He’s tough as hell. He almost knocked me out off his back with an elbow.

“I love this arena and my hometown fans, I was just trying to be patient, but he’s tough on the ground. My coach and dad told me that if I’m patient and land the right hand then the rest would be history.” Ward said. “[Andrey] Koreshkov is a tough dude, if I’m next in line then hopefully we can bang out.”

There are plenty of matchups that make sense for a striker the caliber of Ward, Bellator MMA fans will need to keep close tabs as 2016 quickly approaches. 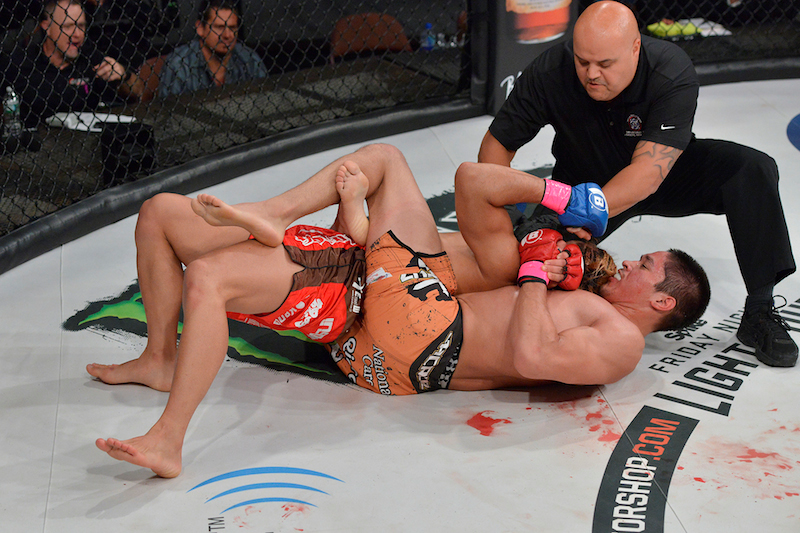 The Bellator MMA debut of Isao Kobayashi (17-3) didn’t go as planned at “Bellator 144: Halsey vs. Carvalho,” as Goiti Yamauchi (19-2) finished the Japanese fighter with a rear-naked choke submission at 3:50 of the final frame.

After the contest, the 22-year-old had some pointed words for current featherweight champion Patricio Freire.

“It feels great to get the victory, Kobayashi is a tough opponent. I feel my performance was good. We trained hard to improve my technique and I had a big performance today,” Yamauchi said. “Patricio, I know you will beat Daniel Straus. Accept my fight afterwards. I will be the next champion.” 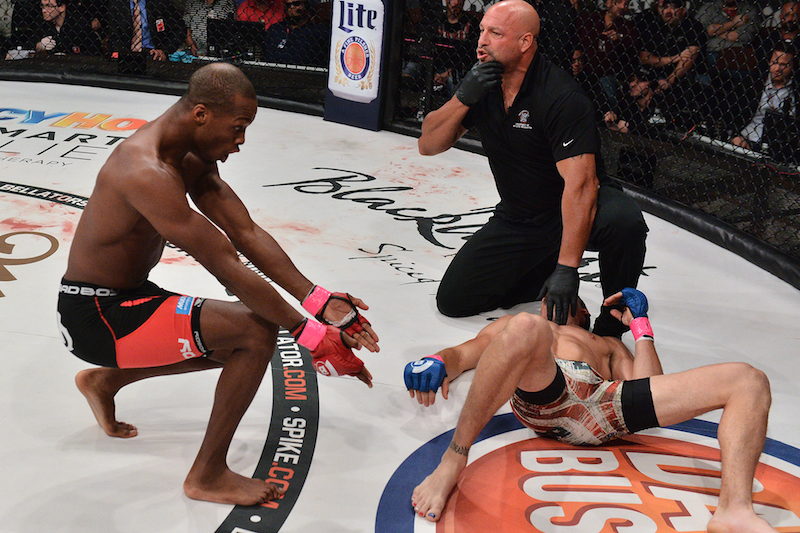 In the opening main card bout at “Bellator 144: Halsey vs. Carvalho,” Michael Page (9-0) remained undefeated after finishing Charlie Ontiveros (6-4) with vicious elbows at 3:20 in the first round.

Previously, “Venom” has usually showcased his striking while standing upright, but on Friday, Page quickly took dominant position on the mat against his opponent and dropped perfectly placed elbows to the jaw of Ontiveros, forcing the Bellator MMA newcomer to verbally submit.

“I know I can finish anyone. I know I don’t have to prove anything. I hope he’s okay, I’m sorry I finished it like that, but you know I like to impress people,” Page said following the fight. “It’s down to Bellator and my coaches as to what happens next, but whoever they put in front of me the same thing is going to happen.”

With the win, Page has now finished eight of his nine wins as a professional in the opening round, a trend that the 28-year-old hopes to parlay into a title shot sooner rather than later.