ROAD Fighting Championship announced the official results for ROAD FC 050 which will take place on November 3, 2018 in Daejeon, South Korea. A live broadcast US on DAZN will kick off the new partnership.

Featherweight Champion Choi Mu-Gyeom will defend his title for the fourth time against Lee Yeong-Jeong.

Choi stated:
“I hope to make history with my fourth title defense in ROAD FC. Because I will retire afterwards, I am committed to this fight and I will win by impressively outboxing him.

Lee stated:
“I’ve prepared as if I’m already the champion. Tomorrow I’m going to make the record of being the youngest ROAD FC champion.”

The Co-Main Event is an Openweight Match between PRIDE veterans Choi Mu-Bae and Fujita Kazuyuki.

Choi stated:
“We were in PRIDE, but even though I’m older now, I will try to show you something. I’m honored to fight with the legendary Fujita. He challenged me to a drinking contest, but since we can’t drink now, I suggest all-you-can-eat steak, and Coke.”

Fujita stated:
“As you can see, we’re pretty old. We might fall down a lot in the cage tomorrow. But we’ll keep fighting, right Choi?”

New Wave MMA ROAD FC is the stage where legends shine, rookies thrill, and epic battles are waged that determine the future of MMA. From the pageantry of the grand entrance to the final crunch of the KO, ROAD FC showcases the very best of Mixed Martial Arts sports and entertainment. As we say in Korea, “Fighting!” 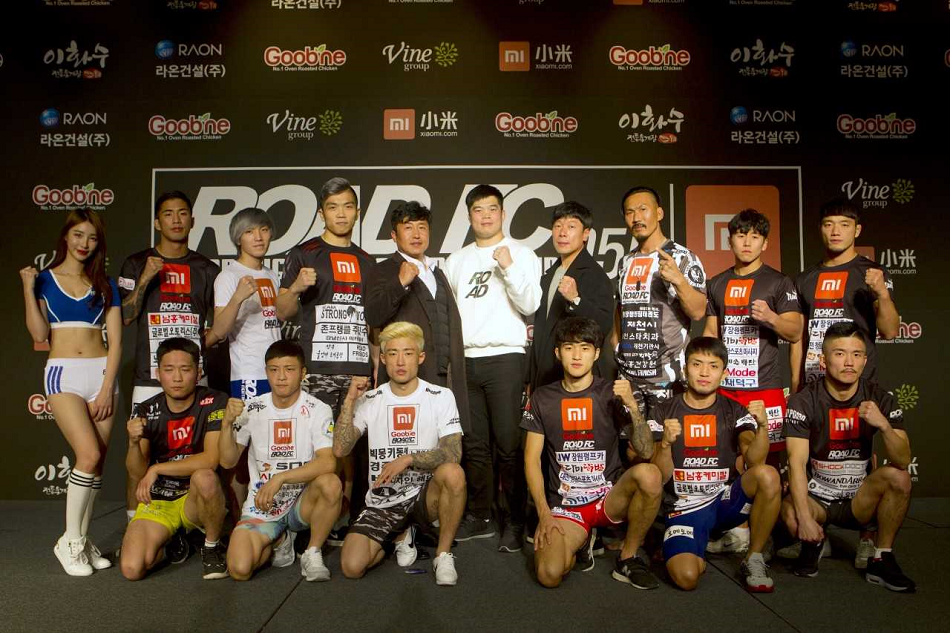