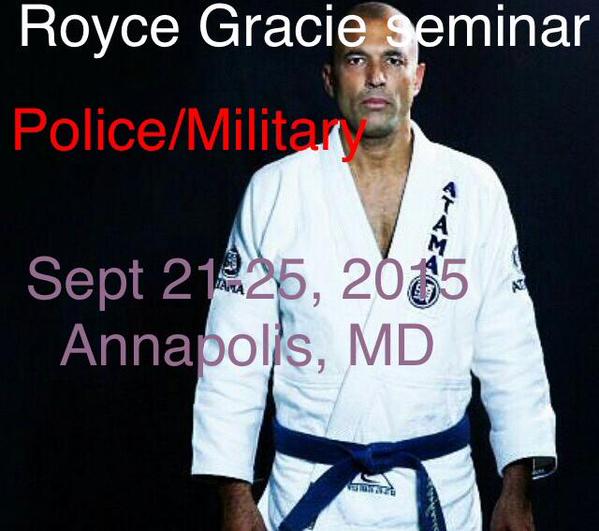 Many Defensive Tactics Programs available today are ineffective and officers resort to using brute strength and sheer will power to overcome a suspect/criminal, resulting in potential loss of weapon or serious injury to an officer. Technique is emphasized instead of strength. “ALL” officers can accomplish this no matter size, strength or gender. Automatic rapid response needs to be made in an altercation. Offensive vs. defensive mindset is emphasized before, during and after the altercation.

* Standing up in Base

* Headlock (standing or against a wall) defenses

* Take downs from behind

* Mounted (Officer on his back)

The G.R.A.C.I.E. course consists of over 30 stand up and ground techniques that are taught in 30 hours over a consecutive 5-day period. It is intended for DT Instructors or entire departments.  At the conclusion of the course instructors must be able to demonstrate and teach the moves in order to receive certification.  Certification is valid for one year however re-certification can be obtained in a 2-day condensed course. Open only to active duty Law Enforcement/Military personnel with very few exceptions.

Bellator MMA postpones all May events due to COVID-19

John McCarthy to Jon Jones: “Outside the cage, you’re an absolute loser”

Hottest seat in the house: The ever-criticized MMA judge

King & Slim: In the midst of a pandemic, MMA is going to MMA

By Kristen King 14 hours ago