The first Spanish Olympia deadlift champion will face one of the strongest Russian athletes May 24 at M-1 Challenge 92 in M-1 Arena in Saint Petersburg, Russia.

Fredy Gonzales, also known as “El Gigante,” is officially Spain’s strongest man. Born in Cuba, he always was a huge guy, so it’s no wonder that he chose football (soccer) as his first sport to play. After playing that for a few years, Gonzales decided to start something new and he wisely chose powerlifting. It took him just a few years to win his first competition and very soon he started winning various huge events in deadlift and bench press, including the world championships. 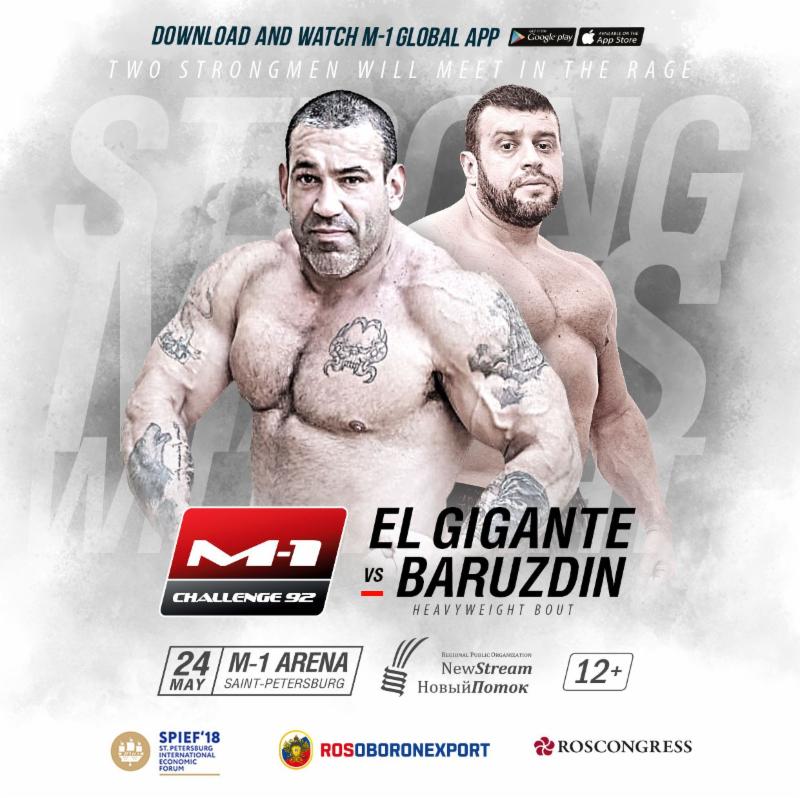 Gonzales’ first attempt to win Olympia was not successful, but he was close to capturing the title, finishing in second place. Next following year he became the Olympia champion.

With his winning results of 837 lbs. (380 kg) in the dead-lift and 683 lbs. (310 kg) in the bench press, Gonzales officially will become the strongest person who ever stepped in the M-1 Global Rage.

These long-time foes have been looking for new challenges and MMA is going to be their next stop. Strongmen will fight in the undercard of M-1 Challenge 92, which will be headlined by a SuperFight between world heavyweight star Sergey Kharitonov (27-6-0, M-1: 5-0-0) and young Russian power-puncher Anton Vyazigin (9-2-1, M-1: 4-1-0).

M-1 Challenge 92 will be live-streamed from Russia in high definition on www.M1Global.TV. Viewers will be able to watch the preliminary fights and main card by logging on to register at www.M1Global.TV. Fans may watch all the action on their computers, as well as on Android and Apple smart phones and tablets. M-1 Challenge 92 will also be available on www.FITE.TV (preliminary card is free, $7.99 for the main card)

By Cole Shelton 15 mins ago