LAS VEGAS (January 21, 2016) –World Series of Fighting (WSOF.com) and Talk2Legends (Talk2Legends.com) today announced an unprecedented partnership that will allow fans to chat live on their iPhone devices with some of their favorite Mixed Martial Arts (MMA) athletes and other celebrity talent, using the latter company’s new mobile app. 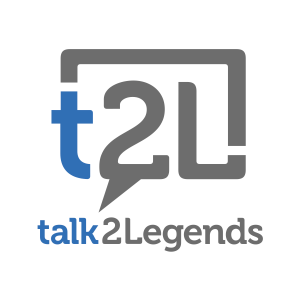 The partnership will commence on Saturday, Jan. 23 when over two dozen figures from the World Series of Fighting universe will be available for video chat sessions with fans during the WSOF27: Firmino vs. Fodor event that will air live on NBCSN at 10 p.m. ET/7 p.m. PT from the FedExForum in Memphis, Tenn.

“The partnership between World Series of Fighting and Talk2Legends will enable a fan experience that is unmatched in sports, for a reasonable cost,” said Talk2Legends CEO Ryan Hermansky.

“On January 23, continued Hernansky, “fans will be able to simultaneously watch WSOF27 and get opinions from legends, such as Bas Rutten and Chael Sonnen, and world champions like David Branch and Marlon Moraes.”

“We are thrilled to partner with Talk2Legends and be able to give fans the opportunity to get to know their favorite fighters on a very personal, one-on-one basis,” said World Series of Fighting President, six-time world champion and two-time Hall of Famer Ray Sefo.

Using the Talk2Legends app, fans can purchase credits for video chat sessions, review the list of MMA celebrities that will be available for a five-minute, one-on-one video chat session on January 23, and book sessions based on the talent’s availability that is provided on screen.

The athletes and other celebrity participants have the option of donating revenue they earn in exchange for their participation, to a charity or non-profit foundation of their choice.

The following talent will be available for video chat sessions during WSOF27:

On-air and other talent

The Talk2Legends app is expected to be available for Android devices in February.