The first event will be Titan FC 51 and will be held December 21 at the Almaty Arena in Almaty and will be the promotion’s first show out of country in the history of the organization’s 50 previous events.

“The growth of Titan FC is truly exciting and will continue into an exclusive partnership with Alem Fighters to develop talent and promote live events in Kazakhstan. I recently spent time in Kazakhstan and was truly impressed by the warrior culture and national passion for combat sports. I’m excited to showcase Kazakhstan’s rising MMA stars to the world,” said Titan FC COO Lex McMahon.

“The partnership with Titan FC will help us to show the world the amazing MMA talent we have here in Kazakhstan as well as highlighting the Kazakh culture, two things I am very proud of. I’m excited for Titan FC to bring world class MMA to Kazakhstan and for the role Alem Fighters will play in working with Titan FC,” said Alem Fighters Director Ardak Nazarov.

Titan FC 51 will be broadcast digitally in over 150 countries on UFC Fight Pass as well on both of Kazakhstan’s national television networks: Astana and CaspioNet.

More bouts to be announced shortly. 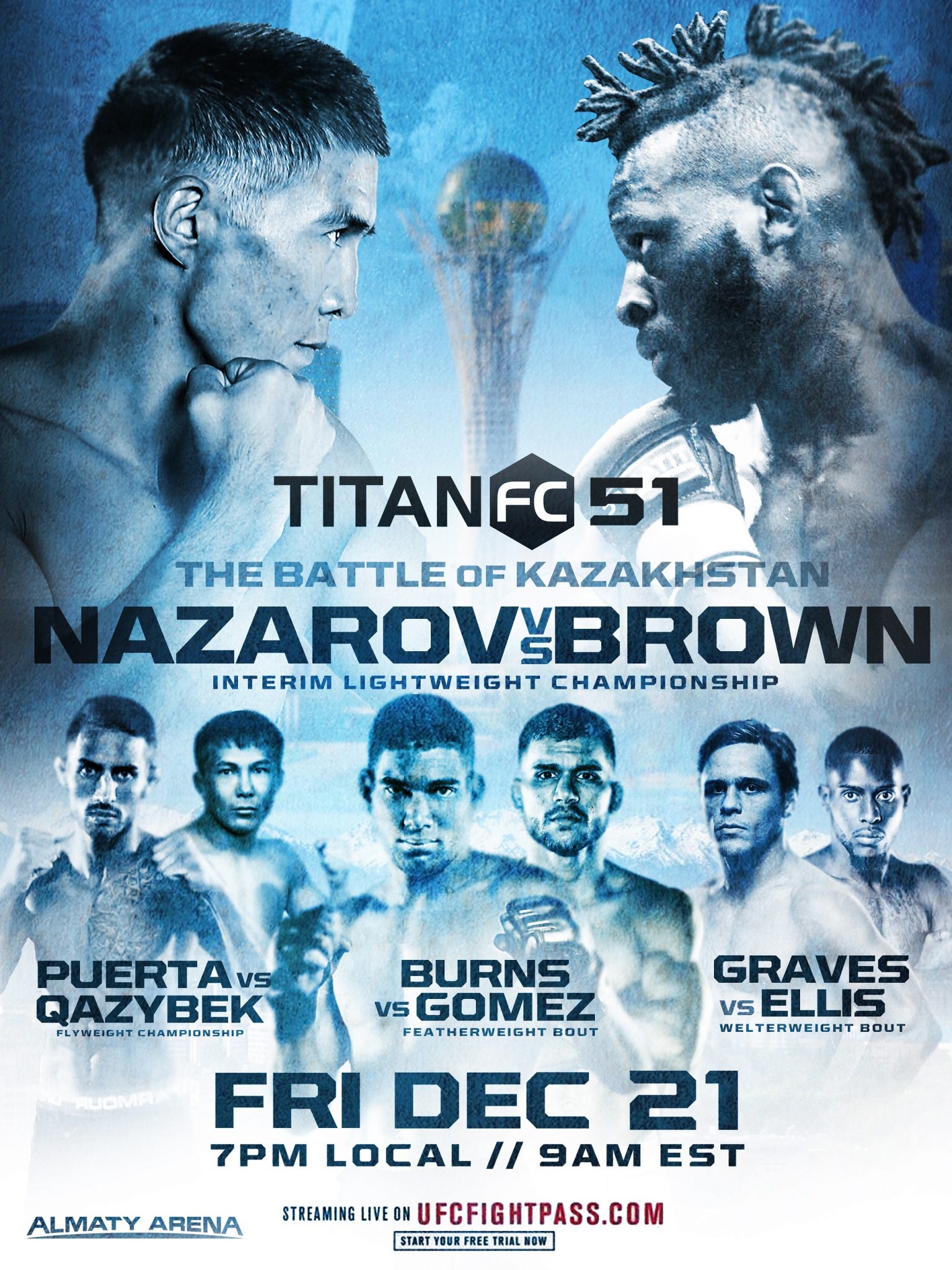