Tommy Espinosa will make the move from flyweight to bantamweight as he returns to King of the Cage on September 7. The Pure Mixed Martial Arts prospect from New Jersey will take meet another veteran of the KOTC cage in Jordan Morales, in the main event of KOTC: Capital Punishment.

Espinosa makes the leap to 135-pounds following uncertainty of the men’s 125-pound division within several top-tier promotions and a loss to Andre Barquero Morera at CFFC 72. Prior to blemish earlier this year, Espinosa was riding a six fight win streak that included a first round submission under the Bellator banner.

In the night’s co-main event slot, Jake Kozorosky aims to bounce back from a 15-second knockout loss last year.  It was Kozorosky’s first and only loss in both his amateur and professional careers.  He will meet Josh Jackson who is riding a three-fight win streak with Shogun Fights in Maryland.

The “Capital Punishment” event takes place from the Pennsylvania Farm Show Complex & Expo Center in Harrisburg, Pennsylvania and can be viewed on MAVTV. 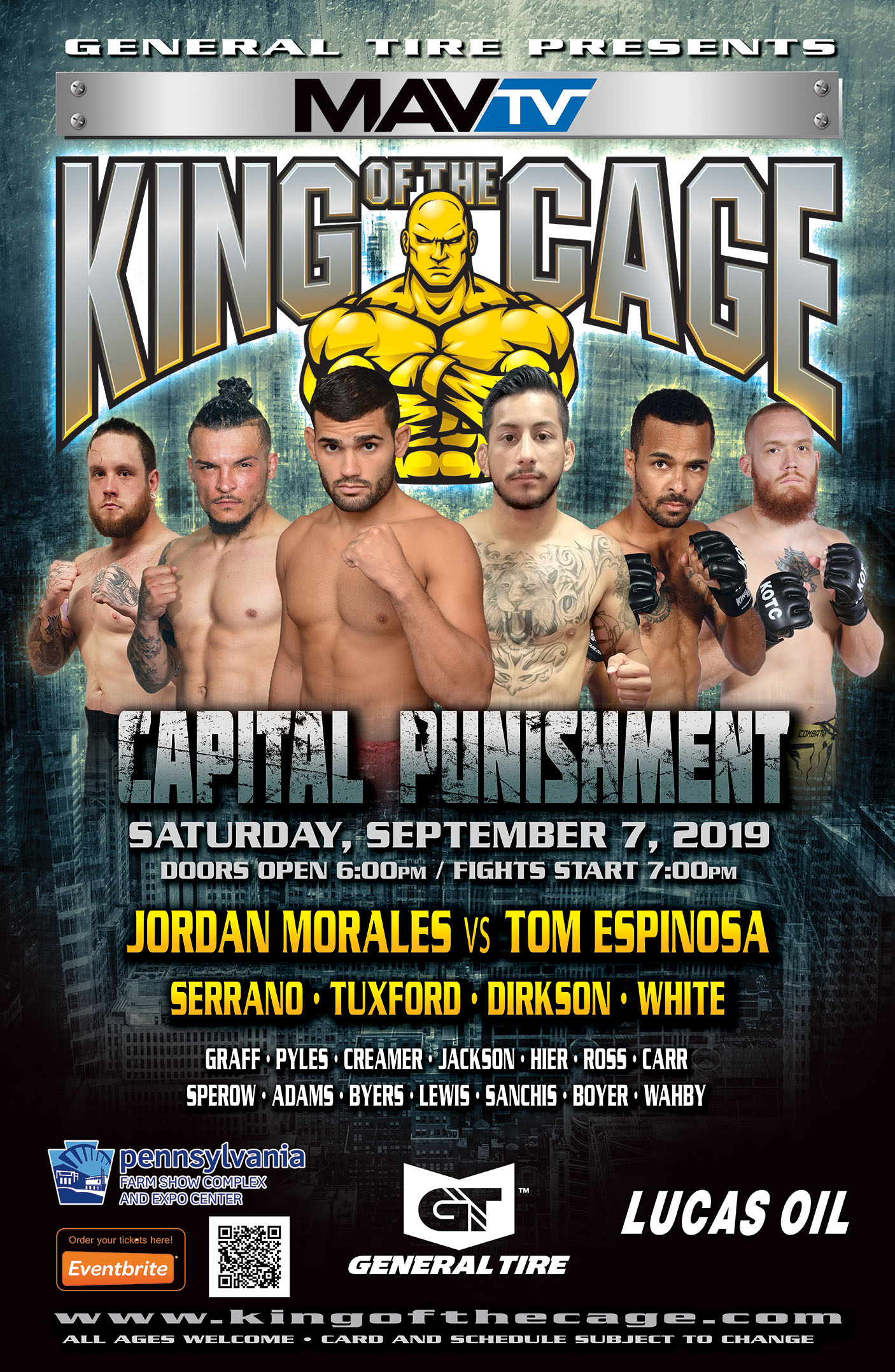