The first of two UFC International Fight Week events kicks of tonight, July 6 from the Pearl at the Palms in Las Vegas. The TUF 27 Finale will award UFC contracts to winners of the featherweight and lightweight finalists.

Brad Katona and Jay Cucciniello advanced to the finals in the 145-pound division, while Mike Trizano and Joe Giannetti did battle at 155-pounds.

There wasn’t much that Cucciniello could do against the dominant top position of Katona who won a unanimous decision on all scorecards and the title of Ultimate Fighter.  Trizano would also get the win and contract but not quite as easy as he fought a hard fought split decision victory 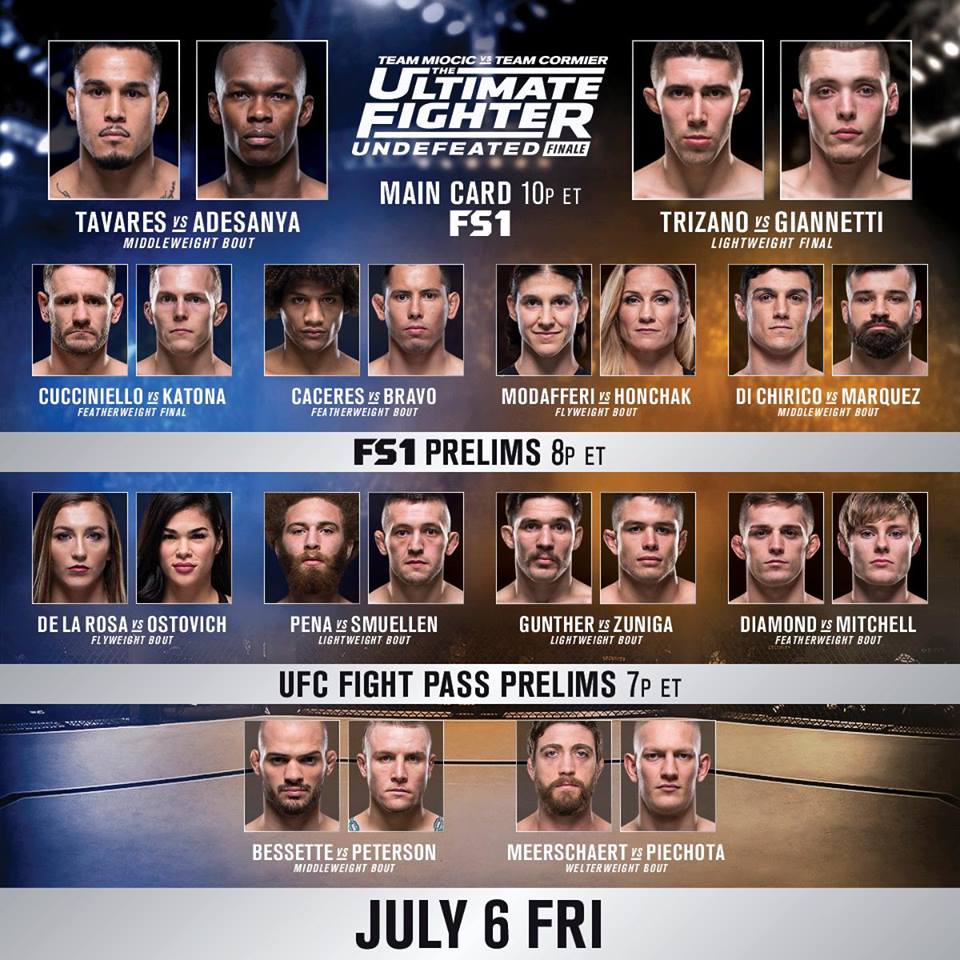