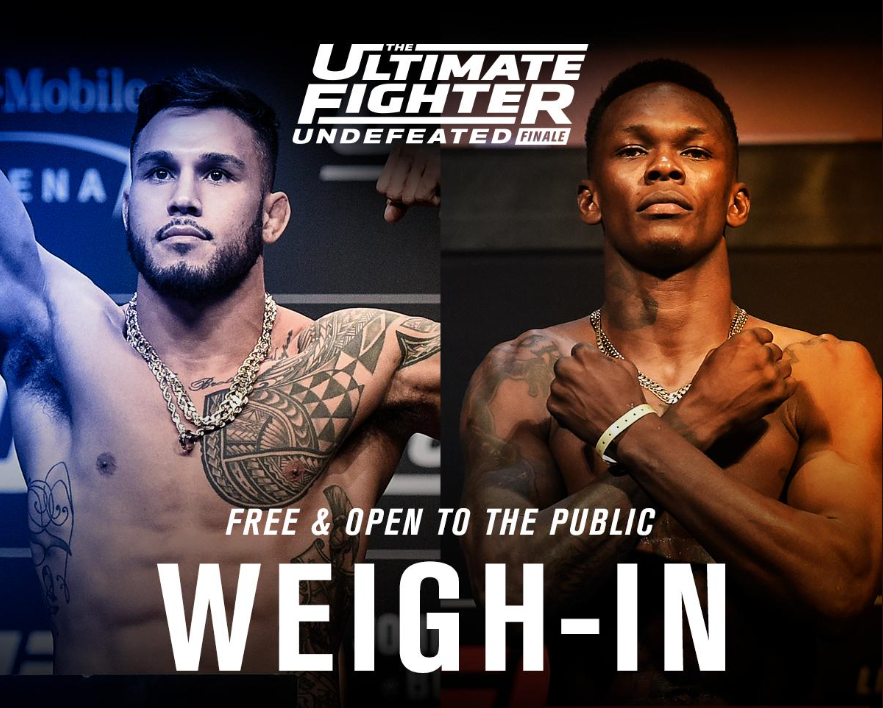 The first of two UFC events will be held tomorrow night, July 6 from the Pearl at the Palms in Las Vegas. The TUF 27 Finale will award UFC contracts to winners of the featherweight and lightweight finalists.

Brad Katona and Jay Cucciniello have advanced to the finals in the 145-pound division, while Mike Trizano and Joe Giannetti will do battle at 155-pounds.

The main event features a welterweight scrap between Brad Tavares and Israel Adesanya.