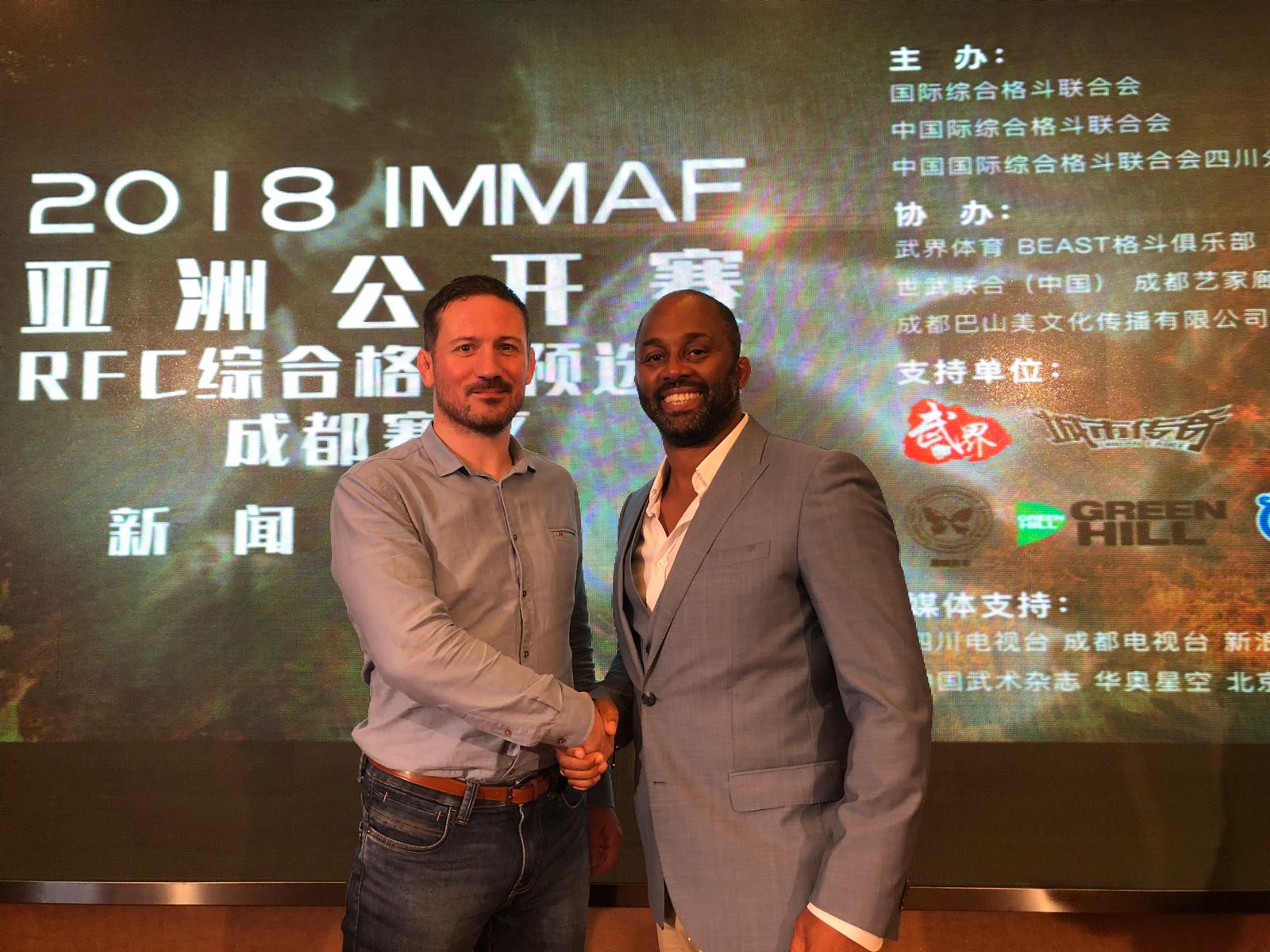 WILL CHINA PRODUCE THE NEXT CONOR MCGREGOR?
IMMAF LAUNCHES ITS TALENT DEVELOPMENT PATHWAY IN CHINA

Wujie Sports and SBG Ireland have signed a three-year deal that will see Conor McGregor’s coach and IMMAF Coaching Committee consultant, John Kavanagh, head up a programme for the coaching of China’s top professional MMA competitors. Kavanagh is head of SBG Ireland gyms franchise and also stands as the President of the Irish Mixed Martial Arts Association under IMMAF.

Under the agreement SBG Ireland will, on a monthly basis, supply MMA coaches to four regions in China that sit under the China International Mixed Martial Arts Federation – Yunnan region, Henan region, Sichuan region and the Northern region. SBG will also offer an exchange programme that will see Chinese MMA athletes travel to Dublin on training camps. The goal is to initially raise the level of MMA at the professional end in China, and the profile of Chinese athletes internationally to spearhead the growth and appeal of the sport.

At the same time, the International Mixed Martial Arts Federation (IMMAF) and the China International Mixed Martial Arts Federation (CIMMAF) will be working to implement IMMAF’s Talent Development Pathway for MMA Coaches and Athletes at a grassroots level, led by IMMAF’s new Director of Development, Andrew Moshanov. MMA has mushroomed in popularity across martial arts gyms in China but lacks experienced coaches.

The deals have crystallised in the run up to the 2018 IMMAF Asian Open Championships and Junior World Championships which are set to take place in Beijing from September 3 to 8.
Coach John Kavanagh said:

“Ever since I was a boy I had a huge interest in Bruce Lee films and all things martial arts. To now be invited out to help the Chinese coaches and fighters improve their level in MMA is a great honor and dream come true. I’d especially like to thank IMMAF President Kerrith Brown and CIMMAF President Mr. Wei for making this possible. I look forward to getting started and getting results!”

“With China’s population of 1.4 billion, the country has a vast potential, untapped market for MMA. It is a country with a long martial arts tradition and great depth of talent, but younger Chinese participants are gravitating towards MMA. This presents a fantastic opportunity for IMMAF and CIMMAF to implement a safe pathway for participants and proper governance while MMA is still in its infancy there. There is a demand already too for regulated youth programmes for the large numbers of minors participating in MMA, which IMMAF has been invited by CIMMAF to implement.”