Titan Fighting Championship has announced the bout card for Titan FC 73 which takes place at the InterContinental Hotel in Miami, Florida this Friday, December 17th. The event’s main card is scheduled to be broadcast live on UFC Fight Pass. The card currently hosts 11 pro MMA bouts and will be headlined by two Titan FC championship fights.

“We are excited to announce a highly anticipated event capped off with two title fights and an undercard made up of several household names in the Titan FC community,” said Lex McMahon, Titan FC COO.

This bout is set to be Taylor’s first promotional title defense as he will square off with a man who has shared the cage with Justin Gaethje, Dakota Cochrane and Efrain Escudero.

Montes is known as a quality prospect who was scheduled to appear on this past season of Dana White’s Contender Series however, he was forced out due to visa issues.

Amateur champions, Luis Hernandez (0-0) and Yoanse Mejias (0-0) are set for their professional debuts.

Titan FC 73 will kick off with preliminary bouts on the promotion’s Facebook page beginning at 6:30 p.m. ET, followed by the main card on UFC Fight Pass beginning at 8 p.m. ET. 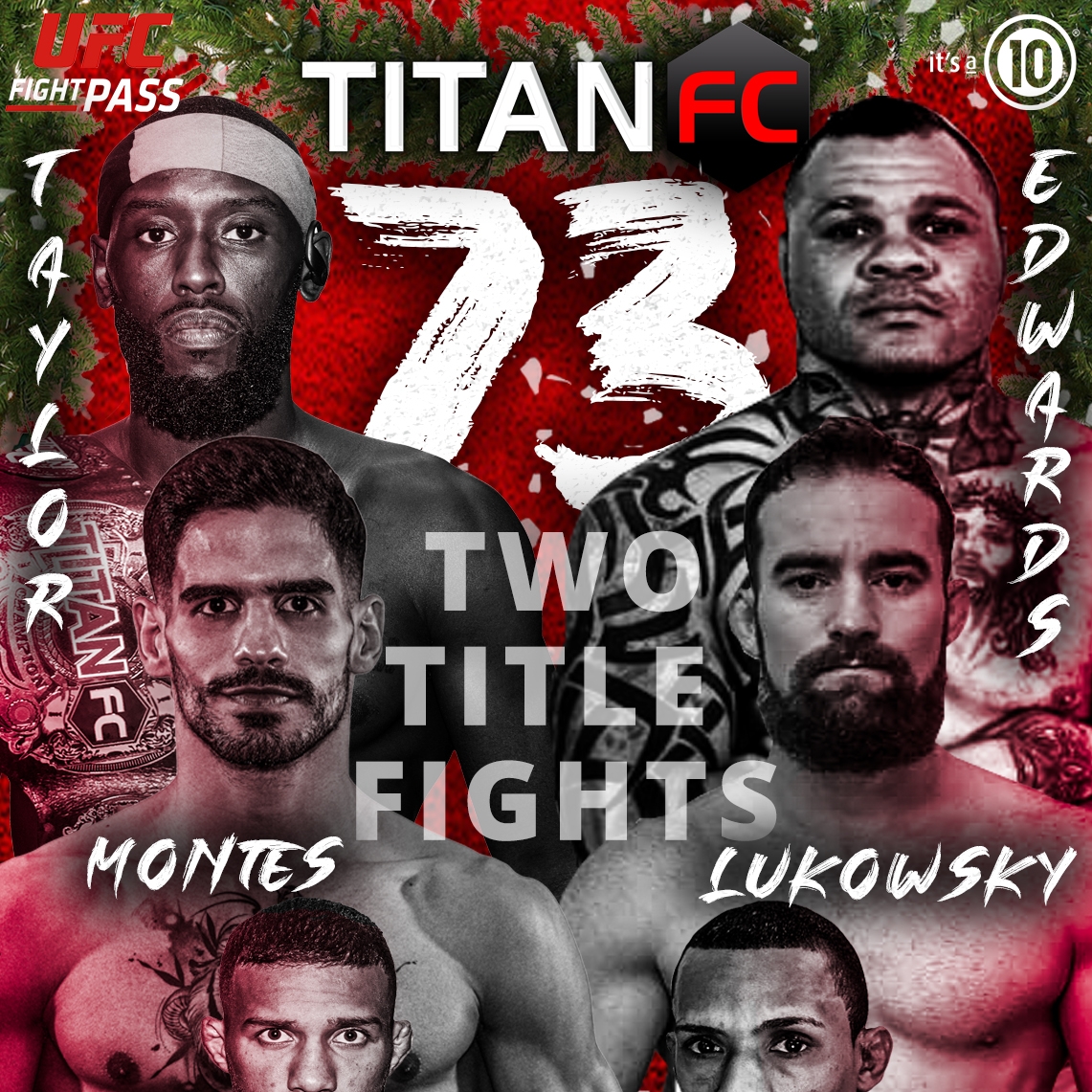