UFC today confirmed its debut event in Russia to be held later this year at Olimpiyskiy Arena in Moscow on Saturday, September 15.

UFC has experienced a sharp rise in popularity in Russia over the past few years, with a fan base that has grown to more than 22 million, driven by the success local athletes have had in UFC. In just the past few months, Khabib Nurmagomedov captured the lightweight championship; heavyweight Alexander Volkov defeated legend of the sport and former UFC heavyweight champion Fabricio Werdum; and rising featherweight Zabit Magomedsharipov extended his overall record to 15-1, including a three-fight win streak in UFC.

“Russia is a key part of UFC’s international expansion strategy,” commented David Shaw, Senior Vice President, UFC International and Content. “The demand from our fans to bring a live event to Russia has been overwhelming, and with the vast potential this market holds for us, we knew this was the perfect time to bring UFC FIGHT NIGHT® to Moscow.”

As part of UFC’s commitment to the market, Andre Gromkovski has been appointed as Vice President, UFC Russia. Gromkovski brings with him expertise across the media sales, digital, marketing and content distribution landscapes, working with companies such as Universal Studios, FOX, Viacom and Paramount Pictures. Based in Moscow, Gromkovski will be leading the regional strategic plan for UFC Russia, working alongside UFC’s executive team in Las Vegas and the EMEA team based in London.

Further details on UFC FIGHT NIGHT® MOSCOW will be announced in coming weeks. 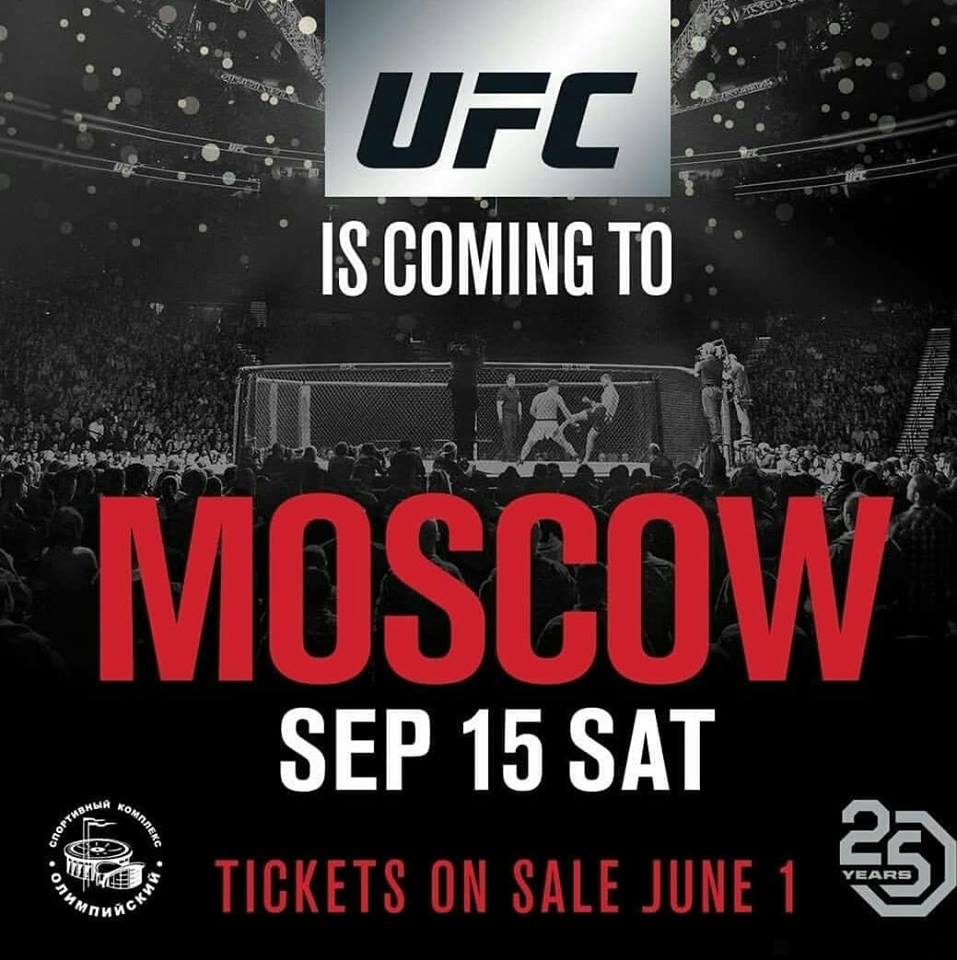