In what will go down as one of the best fights we may ever see, Dustin Poirier came back from fighting hell against Justin Gaethje and secured a TKO win to further cement his standing in the lightweight division. With his win, Poirier became only the second guy to finish Gaethje and improving to three wins in his last four fights, the other being a no contest against former champion Eddie Alvarez.

In his fight against Gaethje, Poirier had to overcome 50 leg kicks, two eye pokes, and although he was winning the fight on two of the three judges’ scorecards, it felt that either fighter was going to go out at any minute. Even more concerning, after his no contest fight against Alvarez, after getting hit with two eye pokes, there was real reason to be concerned that the fight could end with a doctor’s call. Thankfully, it didn’t and Poirier showed championship will and heart, and delivered several punches that put out the tough Gaethje and gave “The Diamond” another win in the lightweight division. 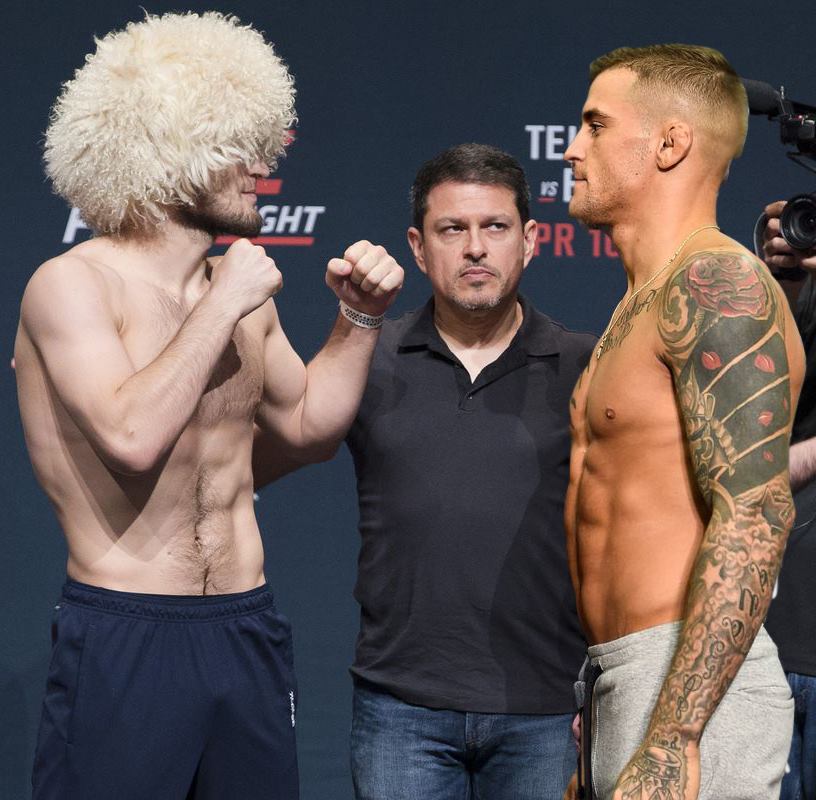 Following the fight, Poirier called for a title shot during his Octagon interview and it’s really hard to argue against him getting the first shot against Khabib Nurmagomedov. Even Dana White, who spoke to the media following Poirier’s win, said that Poirier is “absolutely” in the mix for a title shot after his incredible victory.

Now the argument may come, why give Poirier a title fight against Nurmagomedov over the likes of Tony Ferguson or Conor McGregor? Well, the answer is more simple than many may believe: he deserves it and he’s ready to go. After Tony Ferguson suffered a knee injury that caused him to withdraw from his fight against Nurmagomedov at UFC 223 and McGregor caused chaos during the 223 fight week, both of the other top contenders have other concerns to take care of before returning to the Octagon. For Ferguson. he’ll have to recover his injury and McGregor, the biggest star in the UFC, will have to solve his legal issues and also work on fixing his public image both inside and outside the sport.

Of course, McGregor’s image doesn’t determine whether or not he’ll receive a title shot, because quite frankly, if he’s ready to fight, it wouldn’t come as a surprise if the UFC put him right back in the Octagon with a title fight. However, what if they didn’t? All rumors leading up to the madness at UFC 223 was that McGregor was likely to return in September but now, will the UFC welcome him back with open arms? They could, but they’d send a bigger message by giving the first title opportunity to Poirier rather than their superstar.

Sure, it may not make sense money wise, but what bigger message to send your most famous fighter than to have him watch as others compete for his title fight? Besides, it has been nearly two years since McGregor fought in the UFC, it’s not like he hasn’t seen others fight for the title he refused to defend.

Poirier’s deserved title shot doesn’t come at a time to spite McGregor, it comes at the most deserving time. While many are calling for a rematch between Poirier and Alvarez, and it would bring fireworks, the title shot is what should be next for The Diamond. His last three wins, all at lightweight, have come against the likes of Jim Miller, Anthony Pettis, and Gaethje and his most recent win will certainly see him improve from his fifth place ranking in the lightweight division.

A fight against Nurmagomedov is no easy task, but if Al Iaquinta showed the fight world anything it’s that Khabib isn’t untouchable. With a full fight camp at one of the best gyms in the world, American Top Team, Poirier could be an interesting matchup for the current champion. He has the striking to put away one of the most toughest and durable fighters in Gaethje, and that gives even more reason for excitement to watch him against Nurmagomedov.

With the other top contenders on the sidelines for various reasons, there’s no better time to give Dustin Poirier his much deserved title shot. Include the fact that he has shown championship heart, toughness, and skill, a fight between The Diamond and The Eagle would certainly be entertaining. Nurmagomedov has been open in saying he wouldn’t fight during Ramadan, he would have quite the fight lined up for him when he returns later in 2018, if Dustin Poirier was ready to go.

It’s not always about who sells the most pay-per-views, and given some of the chaos that the UFC has seen early on in 2018, Dustin Poirier could be the diamond in the rough the UFC and the lightweight division has been waiting for.

What the hell was that? Don’t let Jake Paul’s win distract you from the horrible Triller’s Fight Club event

7 Under The Radar Storylines – UFC Vegas 24: Whittaker vs. Gastelum

Paul vs. Askren: How did we get to this point?

Biggest Flukes In UFC History: The Ones We Expected To ‘Make It’

John Cena Steroids – Is He Natural or Natty?