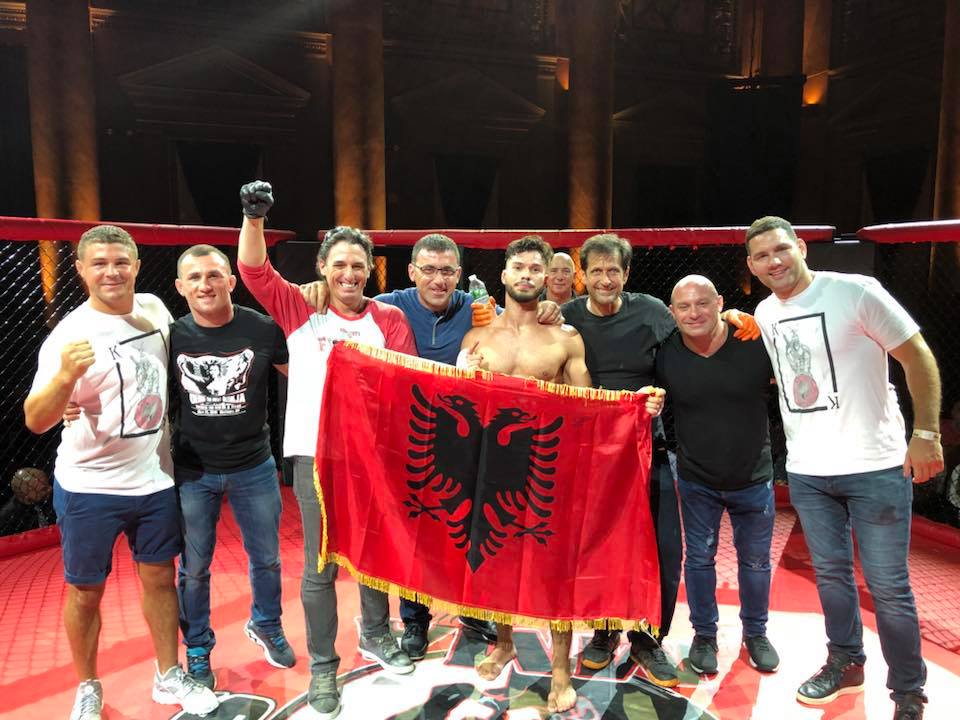 Dennis Buzukja is a top MMA prospect coming out of the Long Island area as he’s making the leap to the professional level after going 5-1 as an amateur. Buzukja trains at one of the premier MMA gyms in the tri-state area. After making the move from Staten Island to Long Island, Buzukja has seen drastic results since signing up to train at Longo and Weidman MMA in Garden City, New York.

Unable to make the official announcement yet, but sources have said that Buzukja will be fighting on the Bellator MMA Long Island fight card, which is headlined by Fedor Emelianenko and Chael Sonnen. The LAW MMA fight ran through the competition in the amateur ranks as he finished four of the fight fighters he fought, three in the first round.

The featherweight defeated Mike Martinez for his fourth victory, who is a highly decorated fighter in New York State. After defeating the Brazilian Jiu-Jitsu Purple belt in the first round, Buzukja captured the Triton Fights featherweight title.

In the last fight of his amateur career, the LAW MMA featherweight scored an impressive first-round TKO at Combat at the Capitale 41 over Gabriel Rosero.

In the interview on Carroll’s Corner MMA Podcast, Buzukja speaks about training at Long and Weidman MMA in Garden City, New York and explains that his training partners are the best in the business and it has led to much of his success. He trains with UFC lightweight title contender, Al Iaquinta and UFC’s bantamweight, Aljamain Sterling. The featherweight is confident that he will be getting the call to the UFC in the near future. If he signs to fight at Bellator MMA on Long Island, his next step will probably be much like many of his teammates, Buzukja will take a fight or two in Atlantic City at Ring of Combat before making the leap to the UFC.

Be sure to follow My MMA News on social media at @MyMMANews for all of the live updates of Buzukja’s MMA career.

This interview is sponsored by Pure Spectrum CBD. use our code ‘CCMMA‘ to get 10% off all products on the website by visiting the link below.
https://www.purespectrumcbd.com/?ref=111

Dennis Buzukja of LAW-MMA Talks about amateur Career and Big Announcement | CCMMA Podcast Be sure to follow My MMA News on social media at @MyMMANews for all of the live updates leading to and the night of the fights. This interview is sponsored by Pure Spectrum CBD.

By Brady Briggs 14 mins ago

By Lenny March 20 mins ago

By Lenny March 24 mins ago