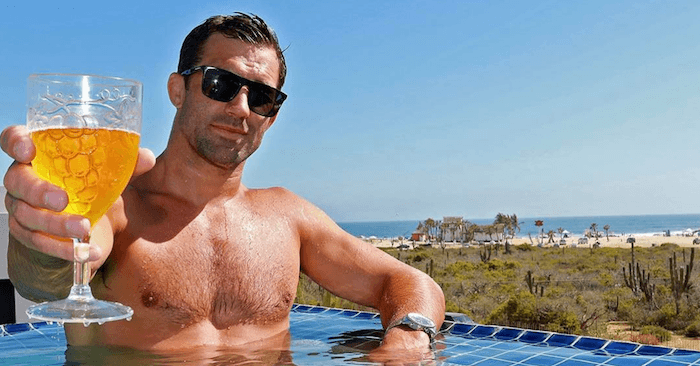 Ever since the UFC’s partnering with USADA began, we’ve seen some of the companys most popular stars busted for failing multiple drug tests, with the consequence resulting in a year long suspension or more.

Two UFC stars in particular, have been the recent recepients of these penalties, in former world champions Jon Jones and Brock Lesnar.

Though in the midst of serving their suspensions, both men still insist on making their respective UFC returns especially Lesnar, who’s potentially slated to face current UFC Heavyweight Champion Daniel Cormier in 2019.

As for Jon Jones, he’s been teasing his own UFC comeback lately, via some interesting tweets from his Twitter.

The notion, let alone the possibility of the two controversial UFC superstars having a chance to return to the organization has caused hostility among current UFC fighters, specifically those who’ve been an fought clean throughout their careers, one of them being former UFC Middleweight Champ Luke Rockhold.

Rockhold has spoken out recently about the way the drug testing system in the UFC has been operated lately, and is dissatisfied with how certain top fighters mainly Jones and Lesnar “get a pass” even though they’ve cheated, and feels both of them should have longer suspensions than what they currently are.

“This sport is starting to get a little jokey,” Rockhold said. “I’m just sick of watching Brock [Lesnar], watching Jon – when you get down to real business, these guys should be suspended for a long time. People are learning how to cheat the system. USADA is owned by the UFC.

“I like fighting clean,” he continued. “I’ve always fought clean, and I want to fight clean people. I want to fight fair. I want a fair playing field. USADA’s got to step their game up and be what they were in the beginning. In the beginning, it seemed like they were doing their job. Now it seems like they’re owned. It’s sad to see, but hopefully it can correct itself and we can get on the right path. I’m sick of it all, but I love it all at the same time.”

Would do you agree with Luke Rockhold that fighters who fail drug tests should serve longer suspensions?

By Bjorn Morfin 34 mins ago