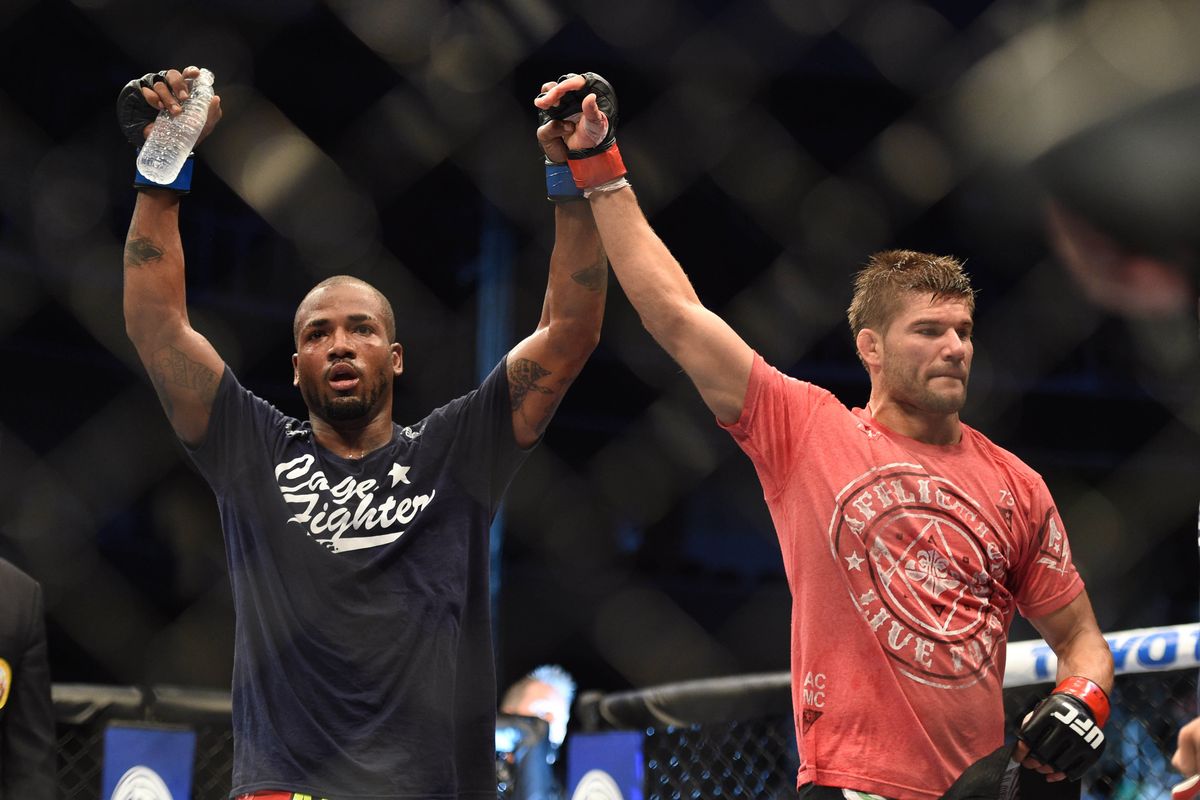 Bobby Green earned a split decision win over Josh Thomson at UFC on FOX 12, a little more than 4 years ago, on July 26, 2014. He speaks with Tony Reid about that fight.

Tony Reid – You took the Josh Thomson fight on super short notice. What was training like in the days leading up to the fight?

Bobby Green – “I fought Josh Thomson with a messed up ear. Before the fight I was sparring in the gym with (Rafael) Dos Anjos about a week before my fight. He didn’t know I was that close to a fight. He came out at 150% and was trying to kill me. I was just rolling and stuff, making him miss and then BAM, he hit my left ear. I went deaf.”

Tony Reid – So you were deaf in your left ear for the Josh Thomson fight?

Tony Reid – There was a lot of communication during the fight, some might call it trash talk…

Bobby Green – “That annoys the heck out of me when you guys call it trash talk. Maybe that’s the way some people want to label it, that’s cool. People have no idea, no idea, what was going on in that cage and what I was saying. You might hear a little bit but you have no idea what is actually transpiring in there. Josh is a veteran who has fought everybody. I made him feel like he was fighting his first fight again. There is something that happened in there. Was it just that I was talking? If I was talking then why don’t you just punch me in my mouth and shut me up then.
It irritated me when Joe Rogan said I was just talking and not firing back. He was not hitting me enough to shut my mouth. If he hit me in the jaw and I would have had to bite down on my mouthpiece. Dana said he thought Josh won the fight. I called him and said ‘Dana, please watch that fight again. And then let me know what you think.'”

Tony Reid-What is the mindset, the style you enter the cage with in the sense of the mental warfare and physical chess game?

Bobby Green – “Nobody knows what it’s like fighting me until you fight me. You can watch it on TV, I switch my style up for every fight. I switch my style for every fight. Watch every fight I have fought. As far as Josh I had to switch up my game altogether. And I can’t believe people were actually saying he won that fight. I am blown away that people think he won. I just watched the fight again. I went into his back yard on short notice and made a top five ranked guy in the world look like he was fighting his first fight. Where is that credit at? I do this stuff, I do it! Nobody does it like me!”

Tony Reid – So tell us, what was the conversation going on in the cage with Josh?

Bobby Green – “It blows me away that people think I’m trash talking. To be honest with you. I’m schooling him. Watch the video again. Every time he hits me I tell him how much he hit me. I told him ‘Oh, you hit me a little bit. Oh, you were this close.’ Or ‘Oh, no that did not land.’ People in the crowd were Oohing and Ahhing and he was not even landing any of his punches. That is so irritating. That irritates me when people get hyped up over everything. He threw a spinning back kick that barely even grazed my hand and everybody went crazy. I just told him ‘No. That did not land.’ It looks like I’m talking shit. If I was in a real fight I would have to focus on the fight but Josh was running so much I had so much time to do other things, like communicate with people. If he really wanted to fight, sit his butt down and fight. He chose to run. I chose to chase him…all round, every round.”

Tony Reid – Is there a point in the fight with Josh (or any past opponents) where after the verbal exchange you physically saw the change in your opponent. Is there a moment where you see you have broken or altered an opponent mentally?

Bobby Green – “I can’t give away my secrets. Those are the things that guys can only experience if they are the chosen one. Josh was a chosen one and I let him in to my vault and he couldn’t deal with what I was throwing at him. I told him exactly how his skills were. I told him his kicks were off. Before he threw a combination I told him what he was about to throw. I told him ‘Don’t you do that! Don’t throw that kick!’ I almost caught it. He is highly skilled, he is a technician but he knew exactly what I was talking about. That’s what killed his brain. He was thinking ‘Oh my God. This guy is the realest guy I have ever fought.'” (Laughs)