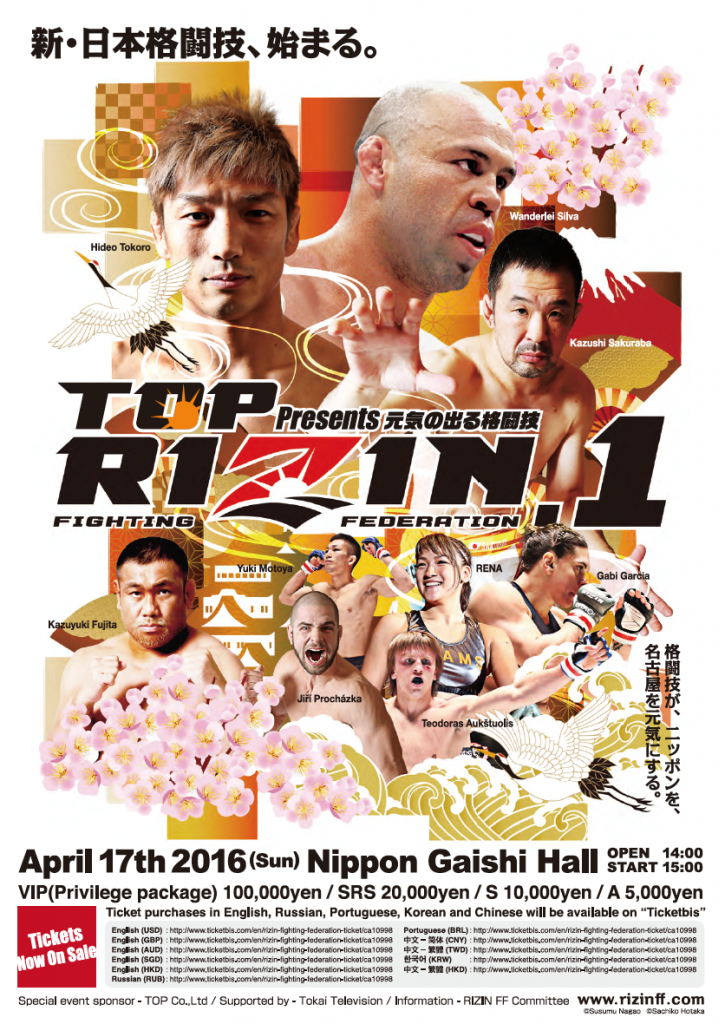 The affair marks the first time since December 31, 2008 that the 5-foot-11, 46-year-old Tamura, recognized for his elite level catch wrestling skills and quick, fluid movements, will see action in combat.

In his last start under MMA rules on the K-1 – Dynamite!! New Year’s Eve mega-card in Saitama, Japan, Tamura earned his third consecutive win, a unanimous decision over Sakuraba.

While competing for the likes of PRIDE, K-1, Rings, DREAM and UWF International, Tamura compiled an extensive resume of conquests, including those over eventual UFC champions Pat Miletich, Maurice Smith and Dave Menne, as well as superstars Renzo Gracie and Jeremy Horn.

Priced from 100,000 yen, tickets for “Top Presents RIZIN Fighting Federation I” are on sale and can be purchased online at Ticketbis.com.