In the co-main event featherweight champ Lance Palmer defended against rising star Andre Harrison.  The fight went the entire five rounds with a new champion being crowned via unanimous decision.

Lastly, the now vacated bantamweight title was up for grabs as Bekbulat Magomedov took on Donovan Frelow. Former champion Marlon Moraes relinquished the belt upon entering free agency.  Frelow took the fight with just a few weeks notice but hung in there and went the distance with the now new champ, Magomedov who earned a unanimous decision.

Eli Wynter is out due to an ankle injury, so his fight against Phil Hawes has been cancelled.

Below are WSOF 35 results: 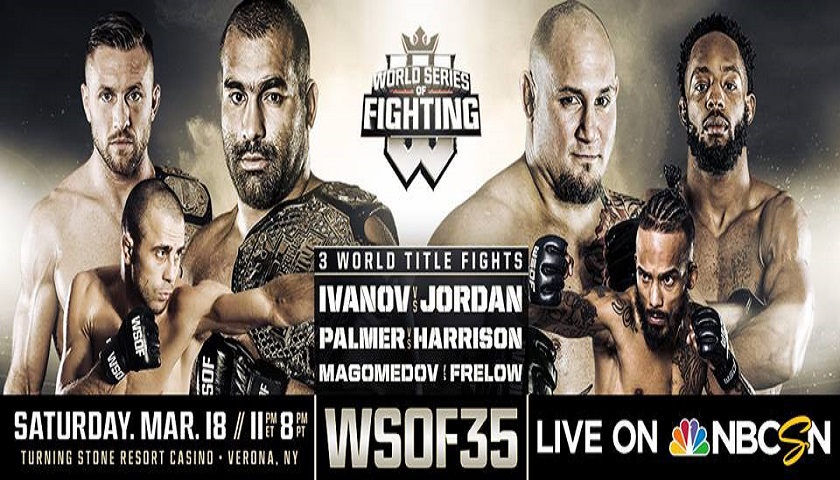 By Cole Shelton 19 mins ago