Check out a truly unique once in a lifetime type opportunity for any fan of catch wrestling, wrestling, and or mixed martial arts. Snake Pit U.S.A. to host an unbelievable two-day event in July. Check it out here. Find out more about the 2018 Catch Wrestling Championship Weekend. 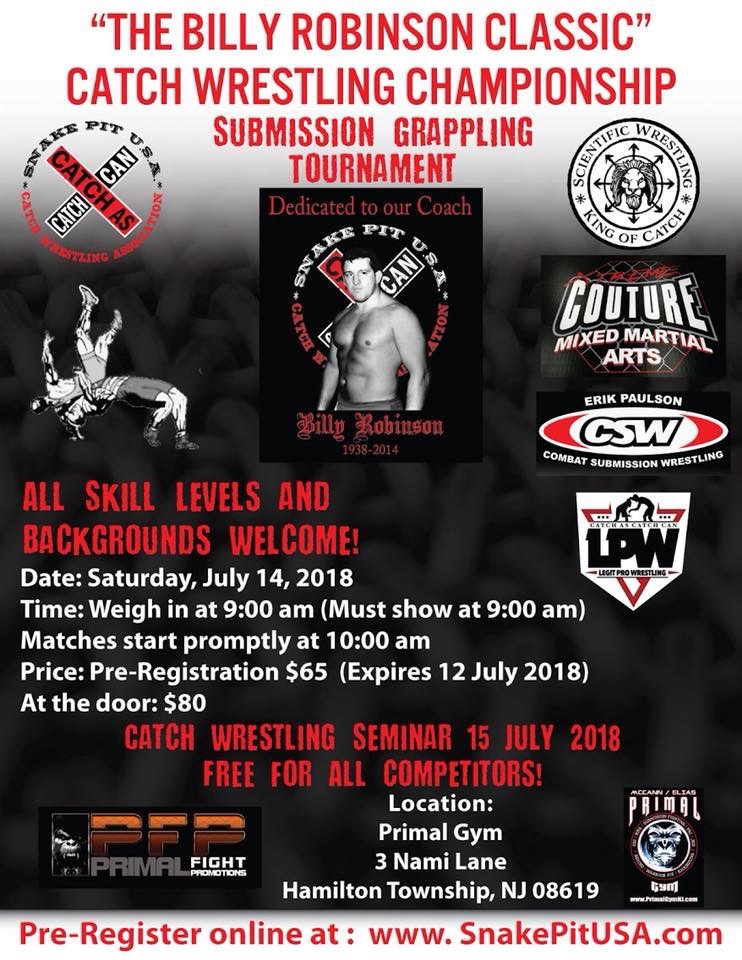 JOIN US IN MAKING HISTORY! EVERYONE IS INVITED!

Then stick around for “The 2018 Catch Wrestling World Championship” matches later that same day!

Featuring Josh “The Warmaster” Barnett & Brandon Ruiz along with many other World Class Athletes as they battle through an 8 MAN BRACKET For the World Champion Title & Belt!

Sunday July 15th features a Joint Catch Wrestling seminar (U.S.A. & U.K.) FREE to all competitors and ONLY $50 for all non-competitors!

Entire weekend is FREE for Kids 10 and under!

For more info on these exciting events including TICKETS, click here: http://snakepitusa.com/2018-catch-wrestling-world-championship/ 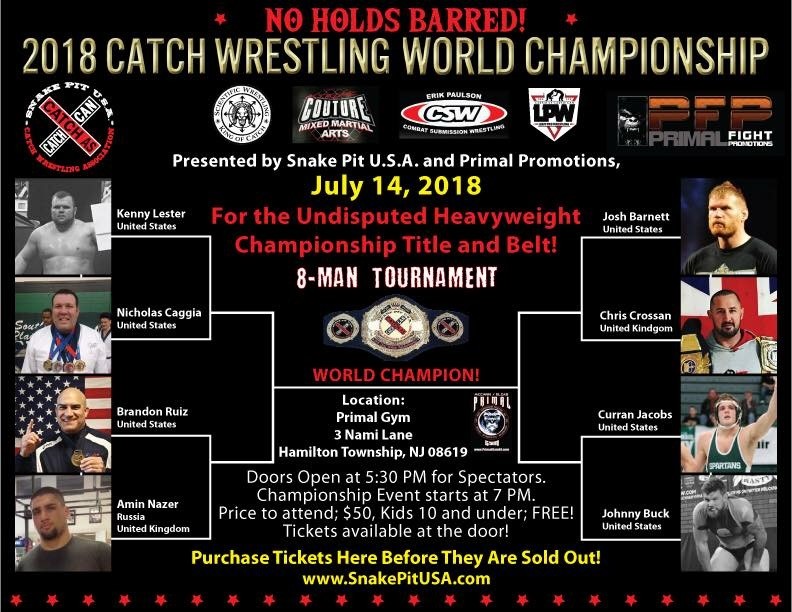 ONE BELT, ONE TITLE! NO POINTS & NO HOLDS BARRED!

8 of the Best in the World Collide Saturday July 14th In Hamilton, New Jersey to decide once and for all Who the Undisputed Catch Wrestling Heavyweight World Champion is!

FREE ADMISSION FOR KIDS 10 AND UNDER!

Purchase your tickets today before they are sold out at: http://snakepitusa.com/2018-catch-wrestling-world-championship/ 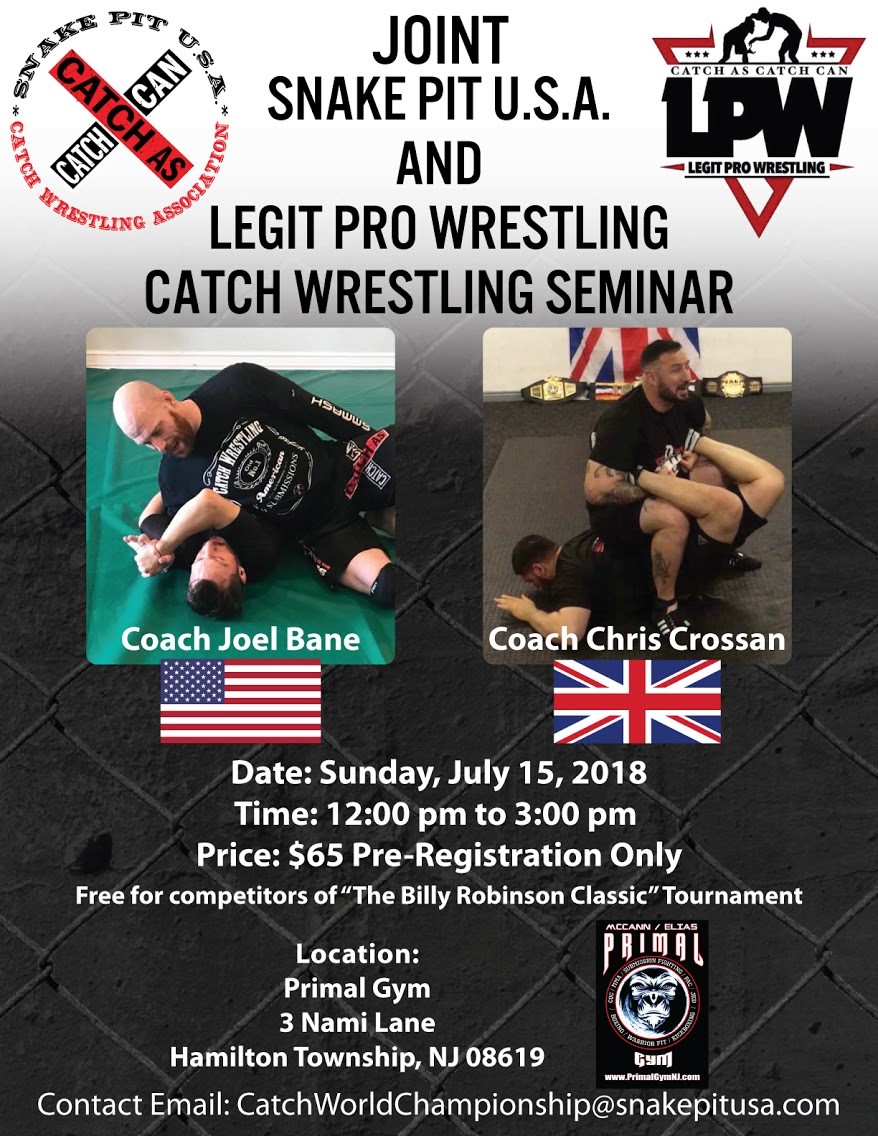 Join the Two Head Coaches, Joel Bane from Snake Pit U.S.A. and Chris Crossan from Legit Pro Wrestling on the mats for this exciting International seminar!

This seminar is FREE for all Competitors from both July 14th Events: 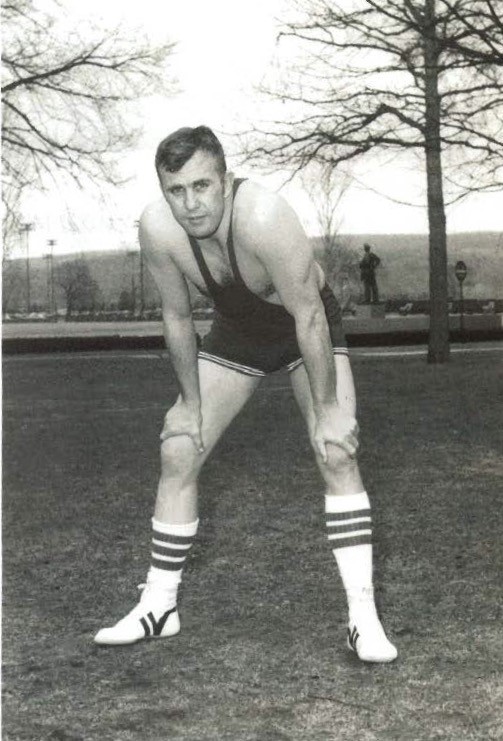 By Ryan Truland 41 mins ago