Aggressive Combat Championships will hold their 20th show, ACC 20, on Saturday, March 16, at the organization’s new home in the Westchester County Center.

“ACC is starting the New Year with a bang,” promoter and matchmaker Eugene Perez told MyMMANews. “On March 16 we return to the Westchester County Center, we will be crowning a new 135lbs champ as well as a 145lbs champ! This is a card you won’t want to miss.”

No fights have officially been announced for the card but are expected to be released in the coming weeks.

ACC MMA is the longest running amateur mixed martial arts promotion in New York City.  ACC 1 was held in January 2013, more than three years prior to the official legalization of mixed martial arts in the Empire State.  MyMMANews was at that event at the St. Raymond High School in the Bronx. The promotion has held events in various venues since their first show but recently claimed stake at Westchester County Center where they have held their last three cards. 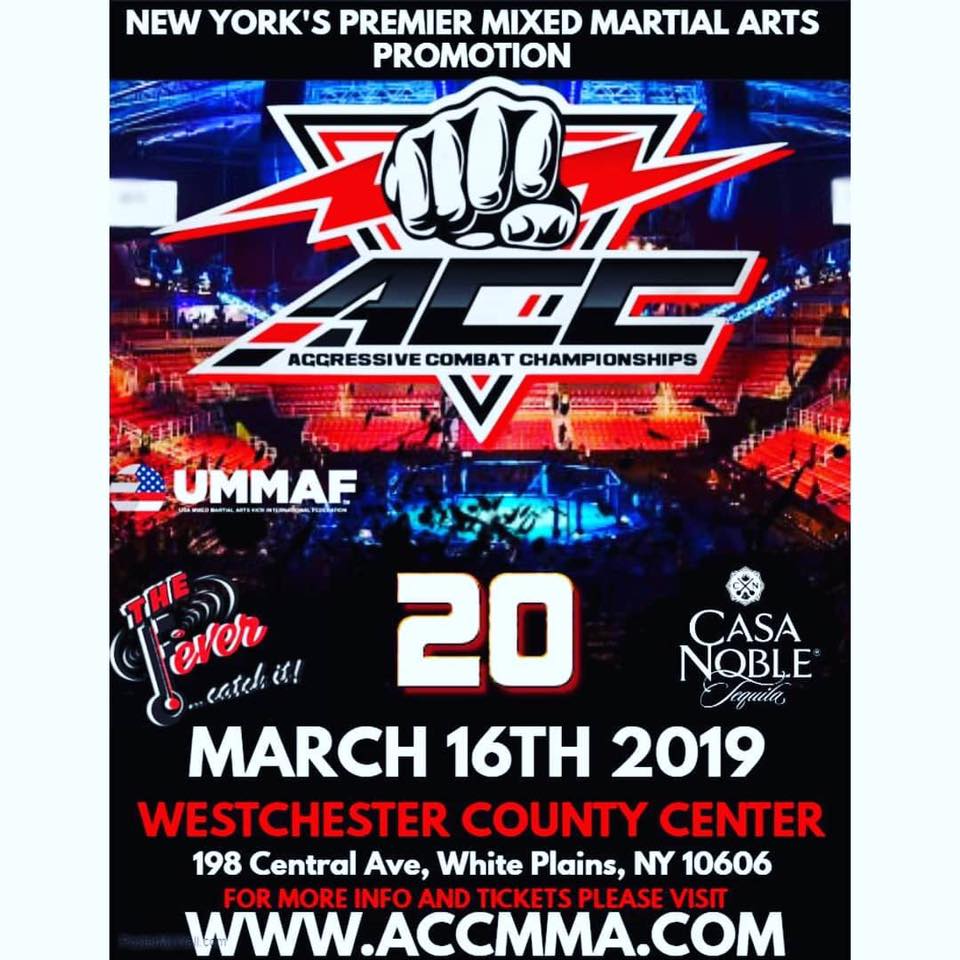