At LFA 66 Andrew Tenneson squares off with Westin Wilson and the event’s numbering may have played part in motivating Tenneson.

“This is been one of the best camps I’ve ever had,” Tenneson said.  “Maybe like, it’s LFA 66 and so it feels like order 66 and I’m like a Jedi and they’re after me, I don’t know. I’m really motivated. I feel powerful and fast and technically proficient. I have my secret game plans that I hope will survive the first, second, and third encounters of the fight.”

The third encounter, can you explain?
“Yeah the third exchange or encounter. I feel like if you think of a fight, not as one battle, but a war. You have the first battle of the war and normally those first battles are kind of like skirmishes, where both sides kind of test each other. Sometimes they just go crazy right away, but it hardly just ends right there. I’m ready to end it in the very first exchange, I’m ready to end it in the very last exchange. I’m ready to go the whole 15 minutes or I’m ready to go 15 seconds. I feel very comfortable with my ability to respond to whatever situation is presented at me and I’m ready to basically, just do me. Concentrate on my strengths and not just concentrate on my opponent’s strengths, which are many; cause he’s very interesting. He’s very different from my last opponent. He’s well-rounded, but he’s also 6’3, which puts him the 90th percentile for 145ers. He’s really an interesting puzzle.”

LFA 66 takes place this Friday, May 10 at the Maverik Center in West Valley City, Utah. Ticket information at LFA.com.

Check out the video interview with Andrew Tenneson above. 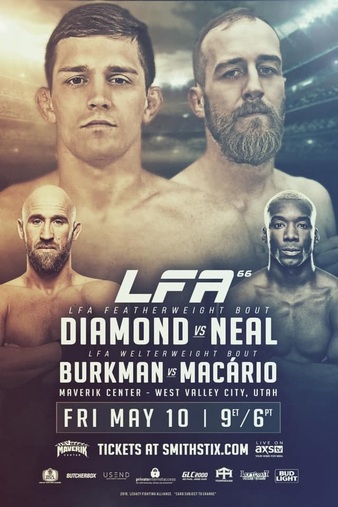