Every competitor’s intent is establishing dominance over the competition to solidify their status as the best in their profession. It wasn’t that long ago in 2013 when a new face by the name of Brent Primus arrived unto the Bellator Lightweight division scene. Coming into the company with an undefeated professional record, Primus quickly sent shockwaves throughout the division, ending the majority of his matches by knockout or submission. That winning streak earned him an opportunity to fight for the Bellator Lightweight Championship against then-champion, Michael Chandler. Some say controversial, while some say a clean finish. None of those assumptions matter, because when the dust settled at Bellator 180, seven years of hard work culminated with Primus winning the lightweight championship.

It’s hard for any competitor to accomplish their dreams of becoming a champion. The upcoming battle afterward is even more difficult proving to yourself and naysayers that you are a true champion. Consequently, Primus was unable to enjoy his ride as the new Bellator champion. Injuries, personal obligations, and other quarrels prolonged the availability of Primus showcase his talents, as champion. Primus’ setbacks carried massive backlash by critics and adversary Michael Chandler, which questioned his fortitude of being a fighting champion. All questions would be put to rest in the rematch with Chandler at Bellator 212. Battling injured, it was a hard-fought five-round bout, with Chandler recapturing the title. However, Primus’s hard-fought performance proved his credibility of being a top competitor in the lightweight division. 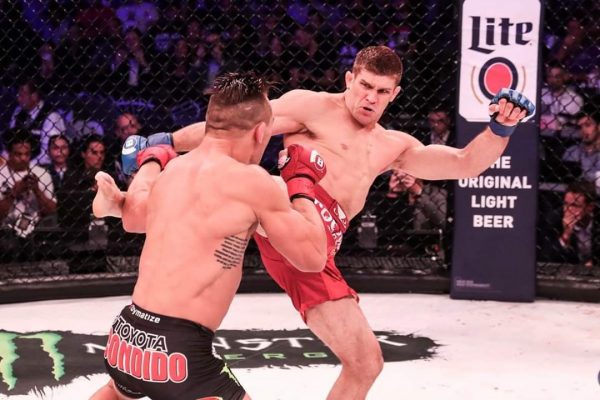 “That was not my best performance,” Primus admitted to MYMMANEWS.

”I went into the match recovering from a concussion, which resurfaced in the first round. Also, the canvas logos in the cage were improperly formatted, which left severe lacerations on my back. I am itching to get a rematch with Chandler and get another shot at the title.”

As for where most competitors find themselves in immediate rematch contingent for a title, Bellator MMA passed on the idea for Chandler vs. Primus 3. Primus now found himself starting from scratch at the bottom of the ladder. Although Primus feels he is deserving of a rematch, he plans on using his current misfortune to prove everyone wrong, including the powers to be of Bellator MMA.

“Starting back at the bottom sucks! But, I am looking forward to proving everyone wrong, and show I am one of the best fighters in the division, and my title victory wasn’t a fluke.”

It had been six months since the defeat against Chandler, as Brent Primus got back in the saddle to begin his new campaign run for the title at “Bellator Birmingham” against Tim Wilde. Utilizing the same striking strategy that decimated Chandler’s leg, mixed with his Brazilian Jiu-jitsu submission tactics, the world bear witness to a more polished Mixed Martial Arts fighter. Primus would walk away victorious over Wilde, with a submission of the night, Gogoplata finish.

Primus looks to continue that momentum heading into his next battle at “Bellator Ireland” against Chris Bungard. Training out of American Top Team of Portland, Primus is making massive progression and improvements day by day, which, according to Primus, could spell trouble for Bungard of February 22. 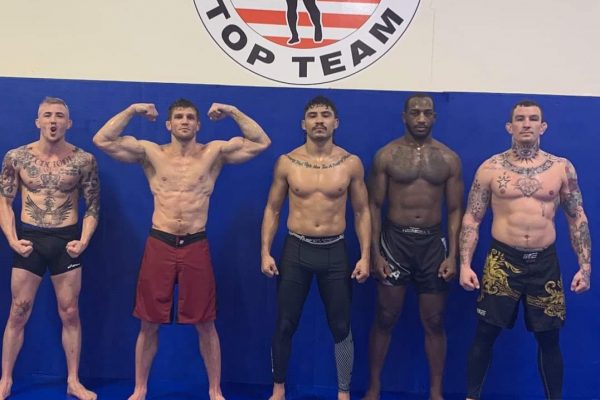 Primus is determined to recapture the title and seek retribution against Michael Chandler. However, even with multiple victories, his chances are not guaranteed. The rise of social media has created a new alternative for fighters to put themselves in a position for a title fight, via digital trash-talk tactics. Although tempting for any hungry talented competitor, Primus believes in hard work and wants to do most of his promotional actions in the cage.

“I have been asking to fight the top guys, but Bellator always passes on my requests,” he said. “I could start calling people out on social media, talking trash like everyone else, but that isn’t my style. I rather stay true to myself and keep winning fights.”

Brent Primus looks to continue his traditional promotion trend in his battle with Chris Bungard at “Bellator Dublin.” Tune in to watch his campaign for the title continue.

By Cole Shelton 30 mins ago