The January 30, UFC on FOX Fight card is already headlined by a light heavyweight bout that could identify the next in line for a title shot as Anthony “Rumble” Johnson and Ryan “Darth” Bader will trade shots at Prudential Center in Newark, New Jersey.

On that night. MyMMANews.com is hosting a UFC viewing party at the Trackside Bar & Grill in East Stroudsburg, Pennsylvania.  UFC women’s bantamweight fighter Ashlee Evans-Smith will be in attendance to take photos and sign autographs for fans.  There is no charge for the event. 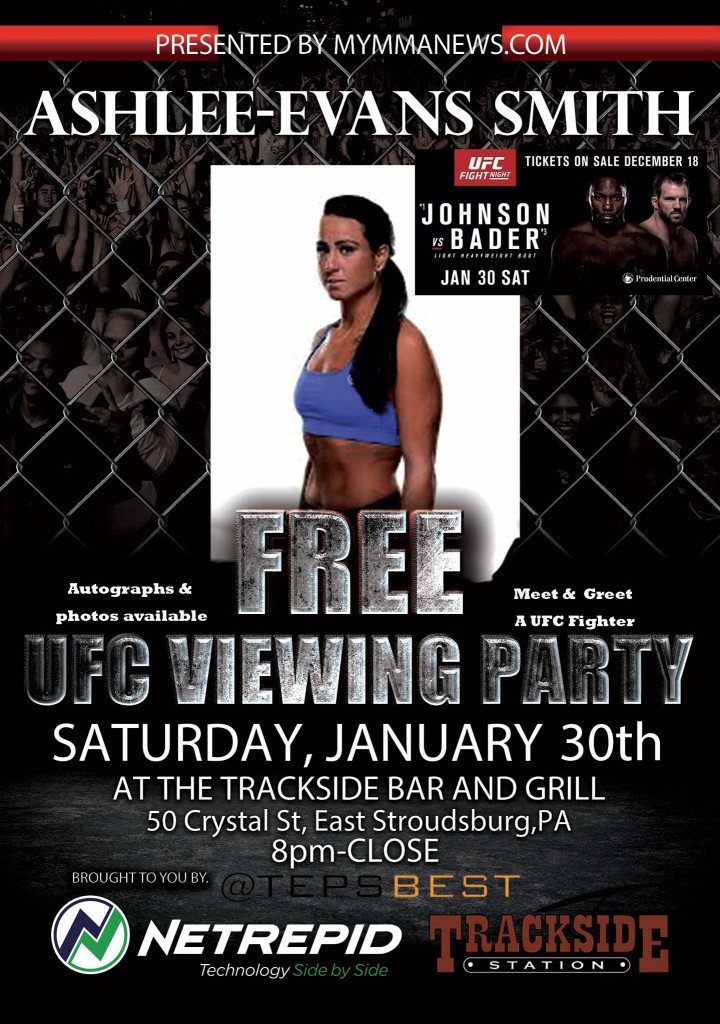 Currently ranked sixth in the world, Josh “The Warmaster” Barnett is a former UFC heavyweight champion who has won two of three bouts since returning to the promotion in 2013. Most recently, he won Performance of the Night honors for his victory over Roy Nelson.

A veteran who will celebrate his 15th anniversary as a pro fighter in January, the eighth-ranked Ben Rothwell may very well be entering his prime at 34, as he’s won three straight, knocking out Brandon Vera and Alistair Overeem and submitting Matt Mitrione.

Tickets for the January 30, UFC on FOX event go on sale on December 18.

By 'Beautiful' Bob Meloni 1 min ago