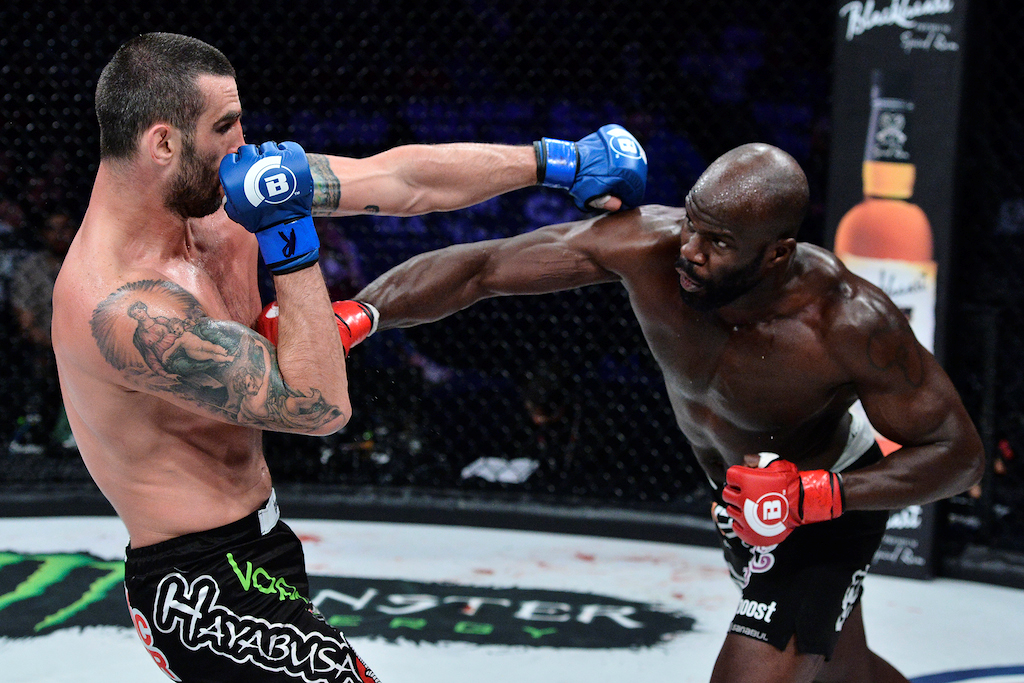 MULVANE, Kan. (February 26, 2015) – A week removed from the most watched Bellator MMA event in company history, the Scott Coker-led promotion returned to action on SPIKE with “Bellator 150: Kongo vs. Queiroz,” an event that delivered five spectacular main card fights. 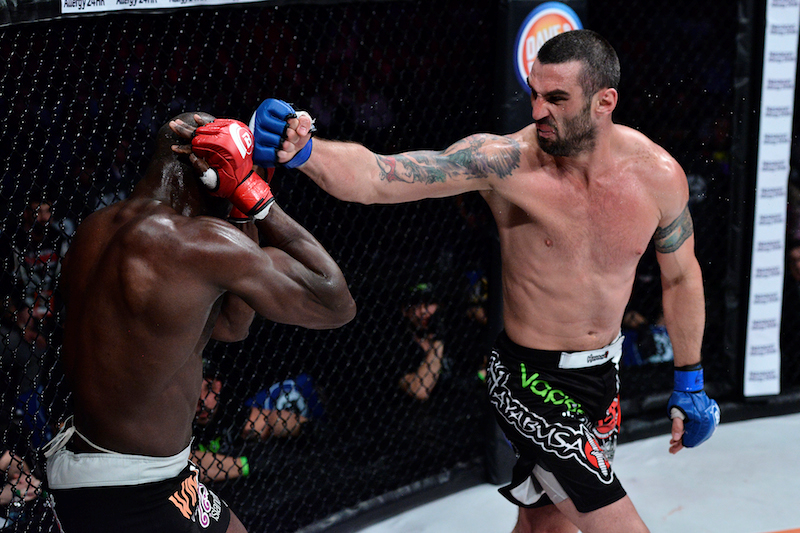 Spartan did have his moments during the heavyweight encounter, securing takedowns in rounds two and three, followed by a knockdown late. But in the end, Kongo received the benefit of the doubt from the Kansas-appointed judges. The Frenchman has now won two straight, and improved to 6-2 overall under the Bellator MMA banner. 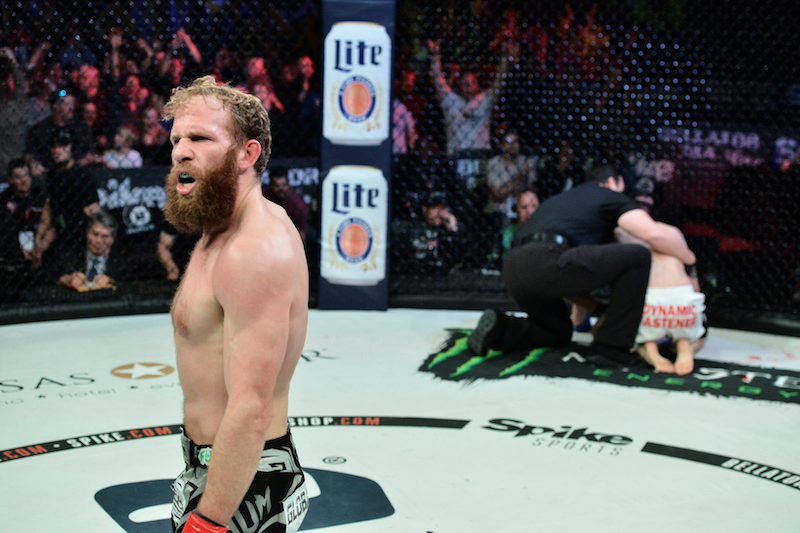 It only took David Rickels (17-4) three minutes and 49 seconds to finish Bobby Cooper (12-6) in front of a sellout crowd at Kansas Star Arena on Friday. Both men had their moments during the action, but after a knee to the body dropped Cooper to his knees, “The Caveman” pummelled his foe with hammerfists until referee John McCarthy called a stop to the action. 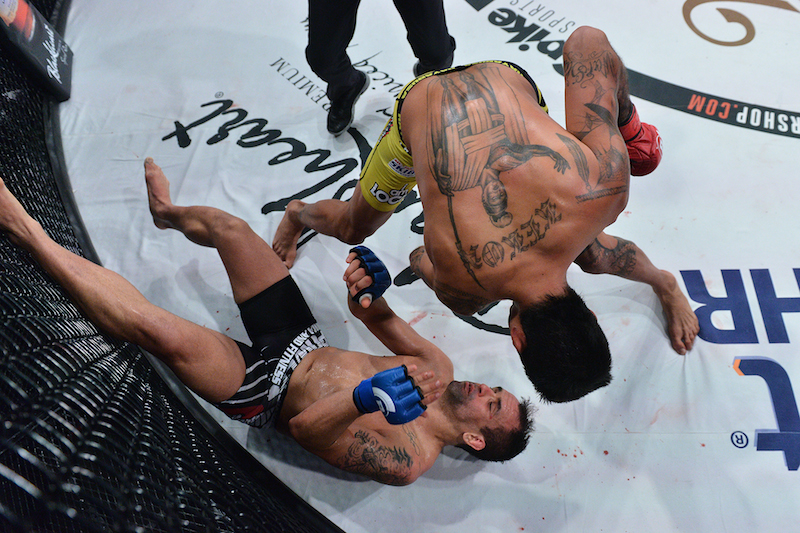 Kendall Grove (23-15) stopped Francisco France (13-4-1) with a vicious punch 35 seconds into the second round, winning by knockout. The victory was an emotional one for “Da Spyder,” who recently lost his brother and made it clear his performance was dedicated to his late sibling. Grove has now won three of his last four tilts, all via finish. 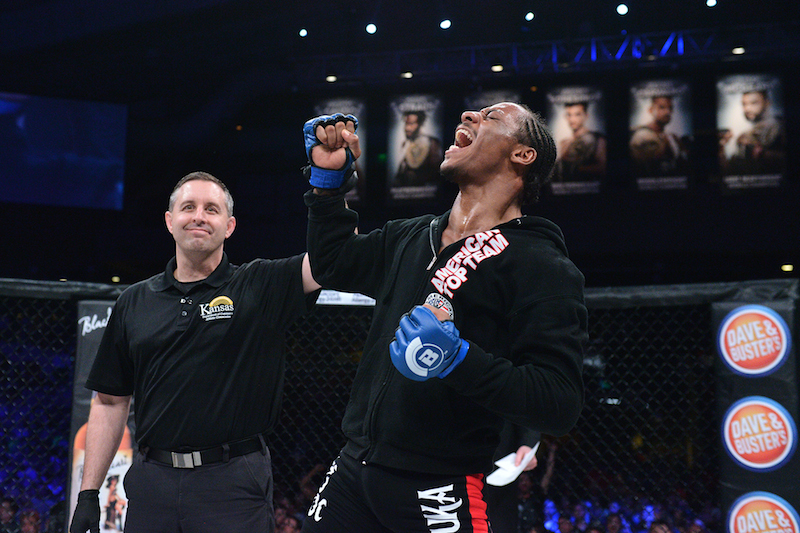 Chuka Willis (7-2) handed Gaston Reyno (5-1) the first defeat of his mixed martial arts career on Friday, winning via unanimous decision (29-28, 30-27, 30-27). The scrap went back-and-forth over the course of 15 minutes, with multiple submission attempts and knockdowns by both men. But in the end – much to the delight of the partisan crowd – Willis earned the nod. 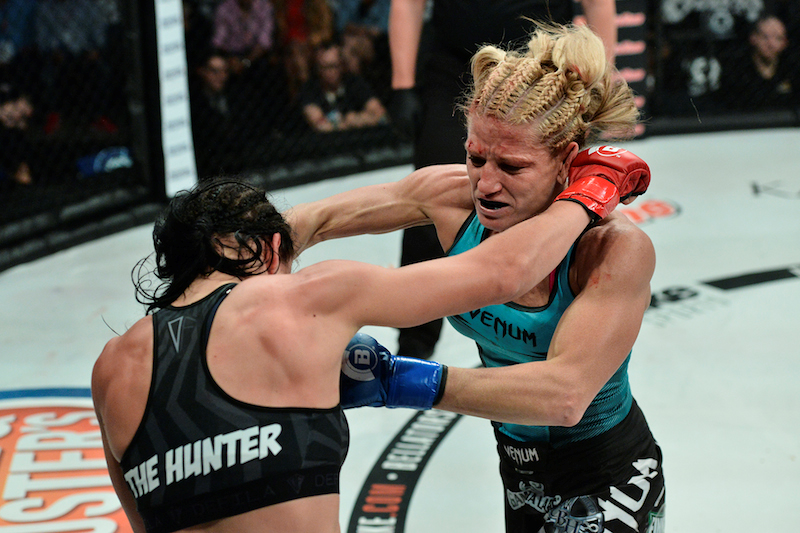 Former Shamrock FC Flyweight Champion Rebecca Ruth (6-1) defeated Lena Ovchynnikova (10-4) via unanimous decision (30-27, 29-28, 29-28) in the opening main card fight at “Bellator 150: Kongo vs. Queiroz.” For “Ruthless” the win is the first of her career via the judges’ scorecards and extended her current winning streak to four straight.

By Michael Henken 9 hours ago