Legacy Fighting Alliance returns to the Valley of the Rising Sun for LFA 59. The main event will be a welterweight contest between knockout artists, Christian Aguilera against UFC vet David Michaud. “The Beast”Aguilera shares his thoughts on the upcoming fight, his loss to Matthew Frincu at LFA 44, and recovery from the injury he suffered during the contest.

Aguilera is the number 2 ranked welterweight on the AXS TV rankings, heading into his fourth fight with LFA. The California based fighter has nine finishes all by knockout. Talking about his February 1 opponent Aguilera says:

“I feel like he’s effective at what he does well, he likes to come forward, he likes to pressure guys. That’s usually his style. I haven’t seen much change between his UFC fights and his latest fights in other promotions. It’s kind of the same David coming through, he’s just a little sharper.”

With two bulls moving forward how do you come out on top?

“Tighter defense, staying tighter in the pocket, keep moving my feet, don’t really play into his game as much. I’ve seen some of his fights, he starts talking shit, people walk away or use footwork. So as long as I don’t get emotional like that. I feel like we should be good”. 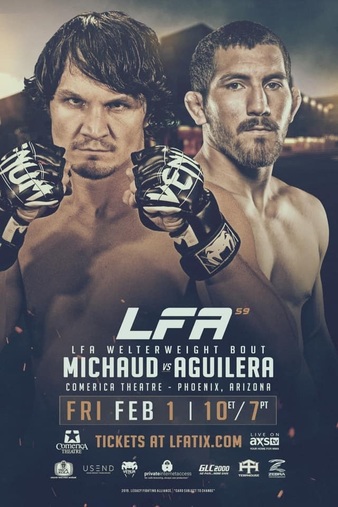