The main event will see the crowning of the first Light Welterweight World Lethwei Champion when current Light Welterweight Myanmar National Champion, Saw Htoo Aung, trades in his silver belt for an opportunity at the gold belt. His opponent will be Antonio Faria, who has already won two fights in World Lethwei Championship but will be moving up a weight class for this contest.

Premier broadcaster Canal+ has also secured the rights to this event and will be the exclusive live broadcaster in Myanmar. The event will also be available worldwide on UFC FIGHT Pass for the first time as part of a multi-year broadcast partnership. 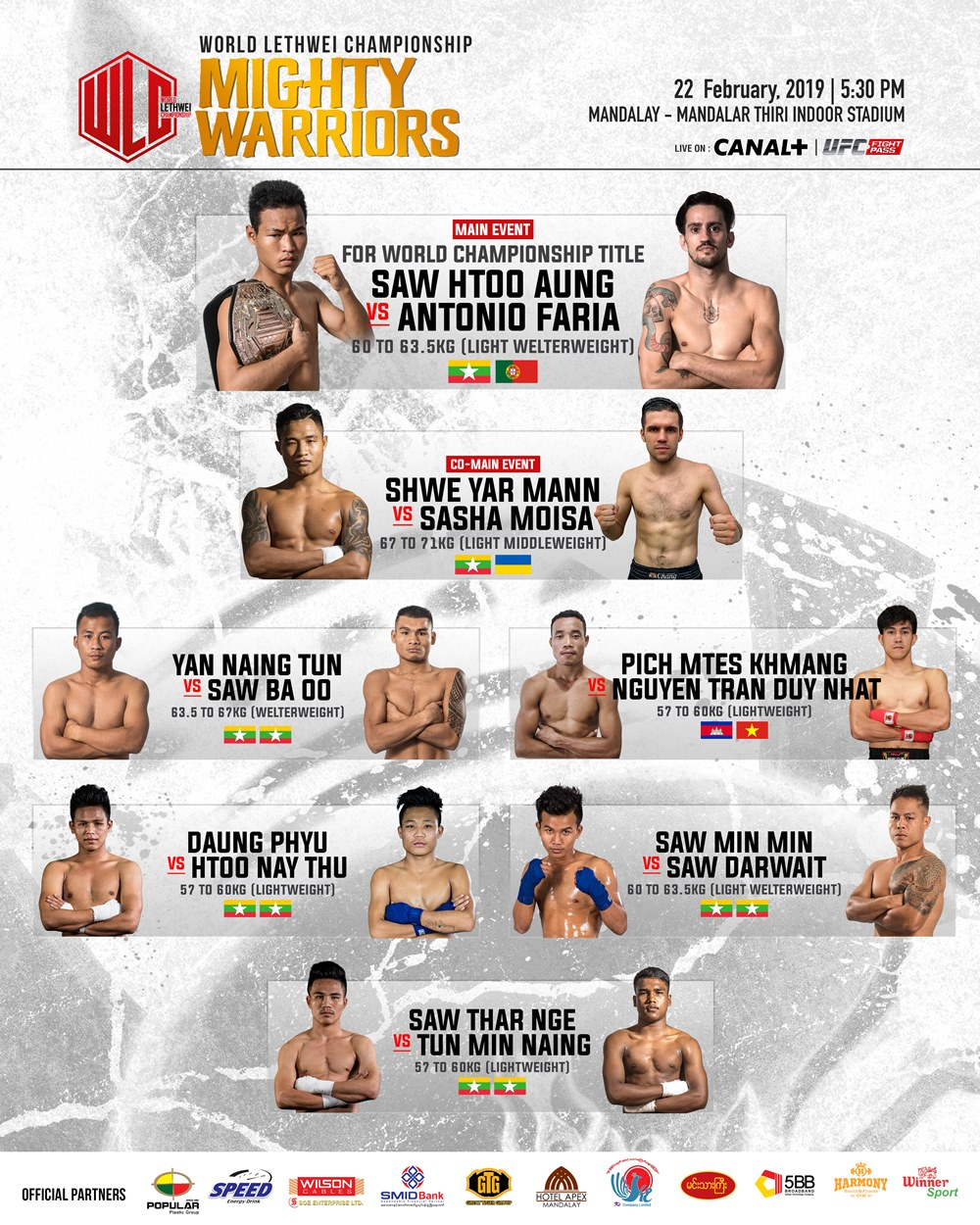 By Edward Carbajal 35 mins ago