In all the fuss and excitement over Ryan Bader’s knockout defeat of Fedor Emelianenko at Bellator 214, you may have missed the seeds being sown for a potential super-fight. It happened further down the card; an undercard which already had the distracting spectacle of former WWE wrestler Jake Hager’s successful MMA debut against JW Kiser.

Although Bader deservedly took the plaudits for his evening’s work, Juan Archuleta also had an exceptional evening. The California-born ‘Spaniard’ was making his first appearance for Bellator at bantamweight, having fought for the promotion on three previous occasions as a featherweight. There’s solid reasoning behind his decision to drop down a weight class; he believes he has a clearer path to the division’s title at his new fighting weight, and that one good win should open that door for him. Archuleta is no stranger to adjusting his weight to suit an opponent; he was a four-weight world champion at the lesser-regarded King of the Cage promotion.

On the night, his opponent was Ricky Bandejas, a well-regarded fighter who’s demonstrated on many occasions that he’s not in the sport to be a stepping stone for anybody. It took fifteen minutes of solid and intense work for Archuleta to pick up the victory, which came by way of a tight but unanimous decision. In the early parts of the fight Archuleta struggled with Bandejas, being clipped repeatedly as he tried to wrestle him down to the ground, but ultimately his jabs and kicks won the judges over. That takes Archuleta to 22-1, with an impressive winning streak of seventeen. More than enough accolades, in his eyes, to merit a shot at a major title. 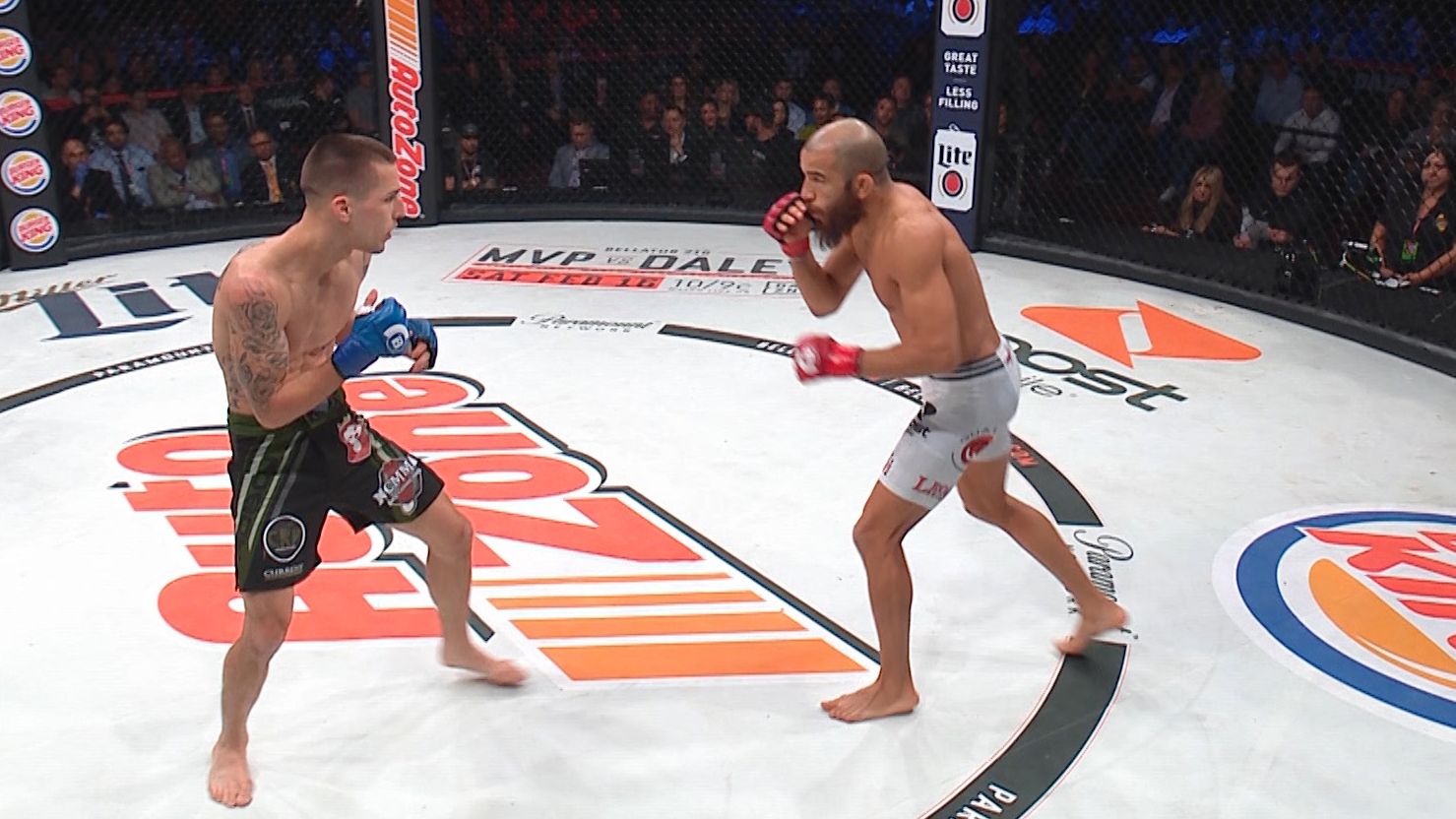 To that end, Archuleta sent a message to divisional champion Darrion Caldwell after the fight. To be precise, he told the title-holder to ‘spit shine the belt’. Prior to the fight, Bandejas was seen as the next logical challenger to Caldwell’s throne, and so the challenge makes sense. His bigger issue is likely to be attracting Caldwell’s attention and making Caldwell focus on him rather than his current revenge mission.

There’s a reason that Darrion Caldwell’s nickname is ‘The Wolf’. Wolves are fierce beasts which roam where they please, happier to forge their own path than they are to go with the tried and trusted. More pointedly, a wounded wolf is far more likely to attack than it is to retreat. Right now, Caldwell is a wounded wolf, reeling from his December loss to Kyoji Horiguchi in the Rizin promotion. Bellator took risks in sending one of their active champions to another promotion to compete for their title, and the risk didn’t pay off. Rizin’s guy won. Bellator’s guy lost. It’s imperative for Caldwell, and probably for Bellator as a brand, to focus on Caldwell obtaining a rematch with Horiguchi to be fought under the Bellator banner; one which could settle the score.

If Caldwell does win his contractually-guaranteed rematch, which most expect him to do, it will leave Caldwell and Horiguchi tied at 1-1, making a rubber match inevitable. That’s a long time for Archuleta to sit on the sidelines waiting for his championship opportunity. ‘The Spaniard’ made sure to also call out Horiguchi at the same time as calling out Caldwell, but due to the contractual obligation of the Caldwell rematch, it’s doubtful that Horiguchi could agree to a fight with Archuleta right now even if he wanted one.

There’s no doubt that an Archuleta – Caldwell clash would appeal to fight fans, and do good business for Bellator. It would make for an explosive clash of styles and personalities that would surely elevate the title and the division. The challenge for Archuleta is persuading Caldwell to forego that rematch and defend his crown instead. Pain and revenge is a lonely path to walk, and right now the Wolf is like the main character in the award-winning Wolf Gold UK Slot Game, alone under dark and haunting skies, howling for blood. He could earn jackpot money for Bellator by fighting Archuleta just as surely as finding the right winning line in the online slot earns the jackpot for its players, but he faces just as big a gamble as any slot player does by making his choice. Does he defend his title like a fighting champion should, or does he fight for his personal honor (and that of Bellator as a company) by dealing with Horiguchi first?

That’s a question that only Caldwell and his team can answer, and at the moment we’re all waiting for him to respond. Given that Bellator lost face when Caldwell took the loss to his Japanese rival, it’s probably safe to assume that the promotion would rather he dealt with the rematch first so they can re-assert their claim to brand superiority. In doing so, though, they run the risk of alienating a very capable fighter in Archuleta. Archuleta stands to be every bit as valuable an asset to Bellator as Caldwell is; especially given the fact that winning streaks of the kind he possesses are precisely the kind of things that capture the imagination of fight fans. This isn’t only a difficult call for Caldwell; it’s a difficult call for Bellator as well.

As for Archuleta; history has shown us that if he isn’t getting the results that he wants, he’ll just change weight and fight somewhere else instead. He could go back up a weight and take what he initially believed to be the harder path. He could even go a weight higher, as he has done for King of Cage in the past, and see what opportunities are available to him there. If he was forced into that decision, though, there may be no guarantee that he stays with Bellator to do it.

The only thing we can say for sure is that as fight fans we’re promised a spectacle either way. Whether it’s Caldwell – Horiguchi II, or Caldwell – Archuleta for the title, there’s a great fight night coming in the near future, and we’re ready to see it.