The UFC broke news today that Cyborg will fight in a 140-pound catchweight bout against Leslie Smith at UFC 198 on May 14  at Arena da Baixada in Curitiba, Brazil. 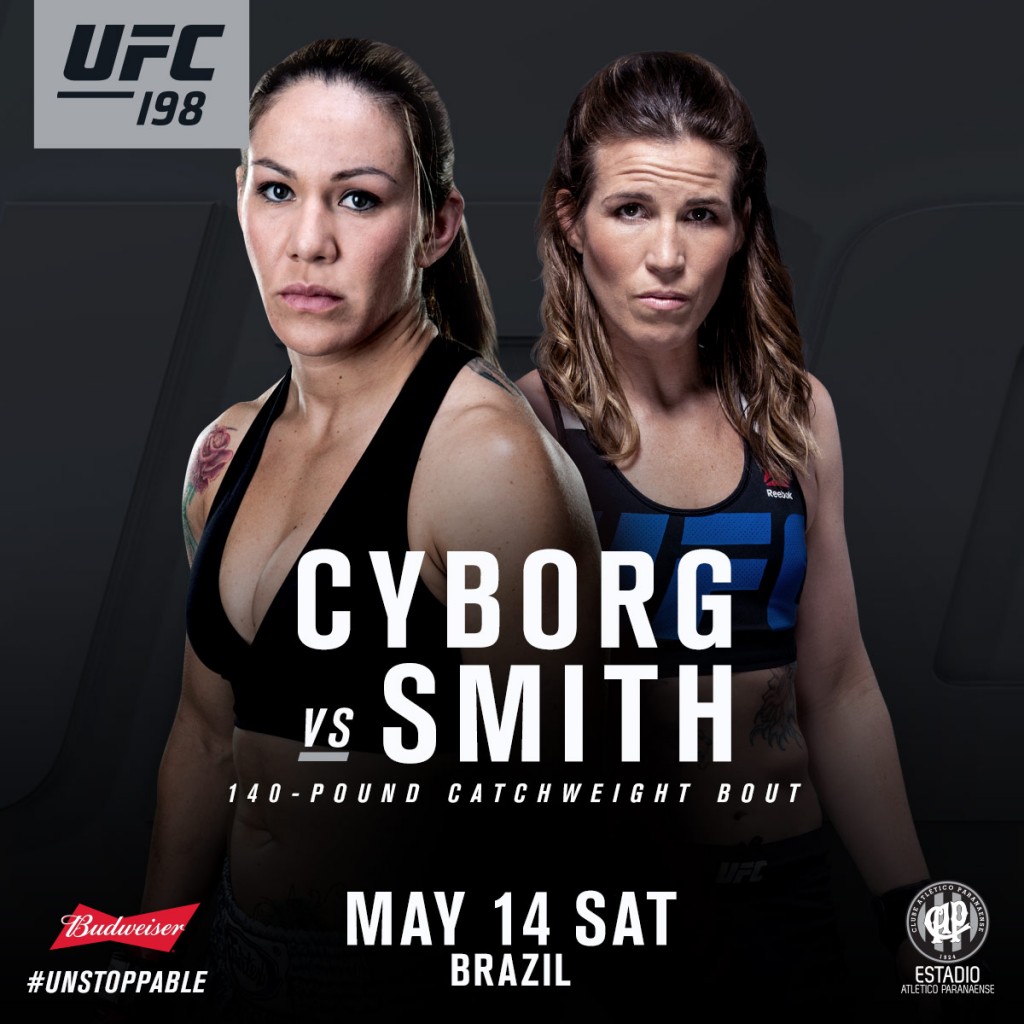 Cyborg (15-1, 1NC) has not lost a professional mixed martial arts bout in more than 10 years.  Since arriving at Invicta FC in April 2013, Justino has rattled off five consecutive wins.

According to MMAJunkie the most recent UFC 198 card includes: