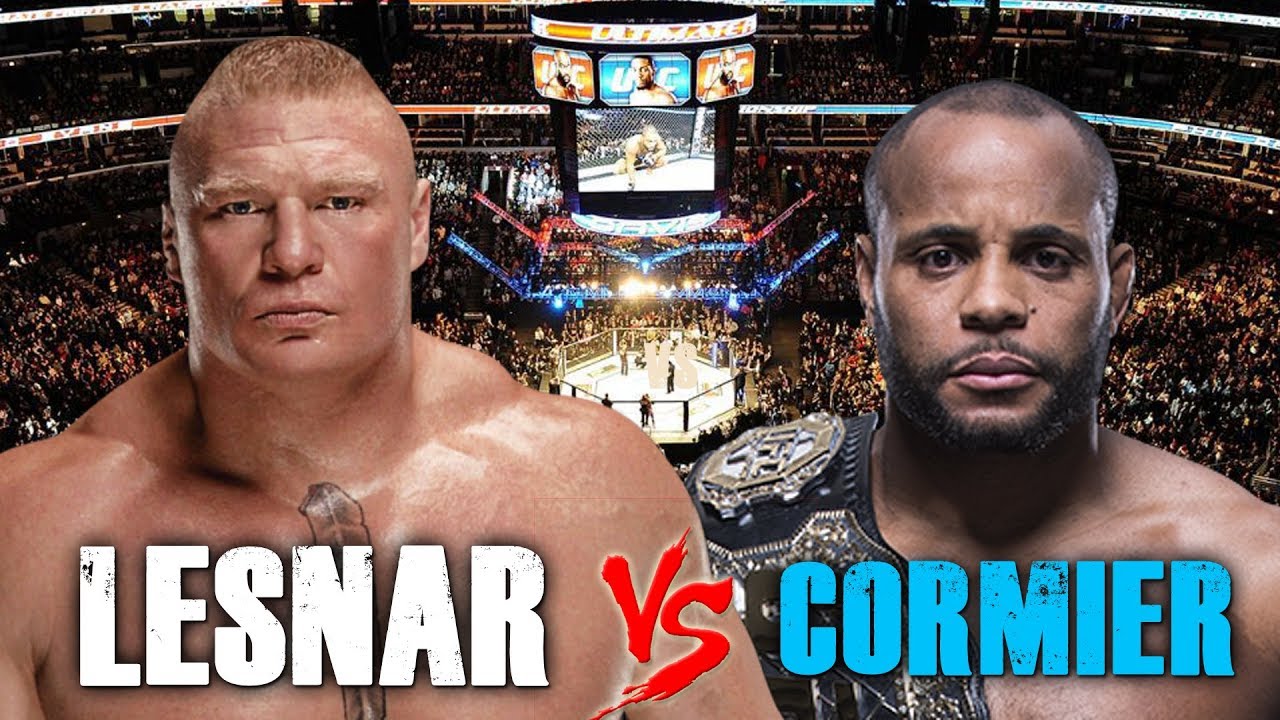 It feels like a year has passed since Daniel Cormier captured the UFC heavyweight championship at UFC 226 against Stipe Miocic and became the second fighter in UFC history to hold two belts simultaneously in the organization’s history.

The victory not only help launch Cormier into the annals with other UFC legends, but more importantly, it set up possibly the biggest fight of his MMA career, as he is now apparently slated to face former UFC heavyweight champion and one of the UFC’s highest drawing fighters ever, Brock Lesnar.

When Lesnar made his unexpected, eye popping appearance at UFC 226, we already knew why he was there.

Once DC’s hand was raised after he had knocked out Stipe Miocic, Lesnar made his presence felt as drama ensued when he and DC engaged in a minor confrontation.

At that moment, UFC fans knew the inevitable was about to happen, and wasn’t gonna sit well with them.

Among those people is now former UFC heavyweight champion Stipe Miocic, who has expressed recently, that he did not approve of the shenanigans Lesnar caused that night, and feels he deserving of a rematch against Cormier.

While Cormier is understanding of this and sympathizes with the former champion, he also states that when you have a chance to fight the most watched UFC heavyweight of all time, “you don’t turn your back” on it.

“Obviously he feels he deserves a rematch,” Cormier said on The Steve Austin Show recently. “Again, for what he’s done in the sport, you would think that he would get a rematch, but when there’s a fight like Lesnar on the horizon, you don’t turn your back. Honestly, Stipe has a lot of really loyal fans, but you can’t think for a second that if he would have won that fight, he wouldn’t have wanted or taken that Lesnar fight. It’s the biggest fight in the sport outside of fighting Conor McGregor and he fights at 155 pounds. So yeah, I’m gonna fight Brock.”

Even with that mind frame DC has, this fight against Lesnar means much more than just a gigantic paycheck, it’s about making history once again as Cormier believes a victory against Brock Lesnar will undoubtedly make him one of the all time greats at Heavyweight, a accolade he might’ve already received had he remained a Heavyweight his entire MMA career.

“Brock’s a big, bad, tough boy,” Cormier said. “A former UFC champ. Obviously he’s the WWE champion. Just a massive guy with a lot of fighting ability. I’ve known Brock a long, long time and I’m excited to compete against him. And really, not to compete against him, I want to put it on him because when you beat a guy like Brock Lesnar – if I beat the most dominant heavyweight champ of all time and then couple that with a fight over Brock, they may call me one of the great heavyweights of all time.”

Cormier will have to wait until January to get his chance take out Lesnar, as he is currently still serving his suspension handed down to him by USADA.

In the mean time, Cormier fully insists on defending his Light Heavyweight title by the end of the year despite rumors suggesting he’d never again fight at 205 pounds upon winning the UFC Heavyweight title, being that the weight cut is so difficult to do, regardless, DC vows to keep both of his UFC belts on through til March, which is when he plans to retire from MMA.

“It’ll be tough but it’s always tough,” Cormier said. “It’s well-documented how difficult it is for me every time I go to 205. This will be nothing new. The next time I have a light heavyweight fight, I’ll go down there, I’ll make the weight, and I’ll fight. . . I do want to keep this belt. I don’t want to have to give it up because the UFC doesn’t believe I can make the weight. I can make the weight.”

By Bjorn Morfin 38 mins ago