Demarques “Scrap Iron” Jackson versus Hemerson “Toco” Souza has been slotted in as the LFA 71 co-main event.

Jackson trains out of Hard Knocks 365 in Boca Raton, Florida. A vet of Titan FC and Bellator “Scrap Iron” will make his fourth appearance inside the LFA octagon. Jackson is 2-1 in the LFA with both wins coming in impressive fashion overwhelming Hamilton Ash with strikes and submitting Bobby Lee by guillotine choke. Souza will make his U.S. debut, having won four of his last five fights and coming off consecutive wins over Davi Lucas and Wendell Oilveira. The 29-year-old has finishes in five of his seven victories with three by knockout.

In two other main card attractions at Welterweight Tyler Ray will look to make it four wins in a row when he faces Bellator and RFA vet Hugh Pulley. And at Lightweight Houston’s Chris Brown looks to make it back to back wins when he faces Yemi Oduwole, who’s on a five-fight win streak. 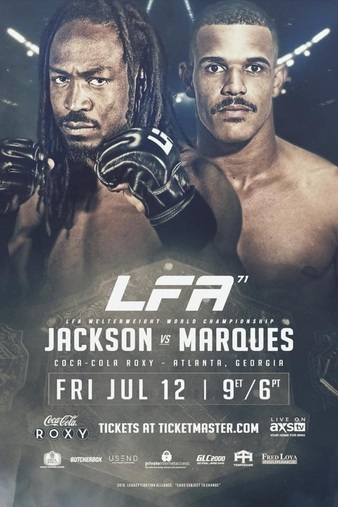