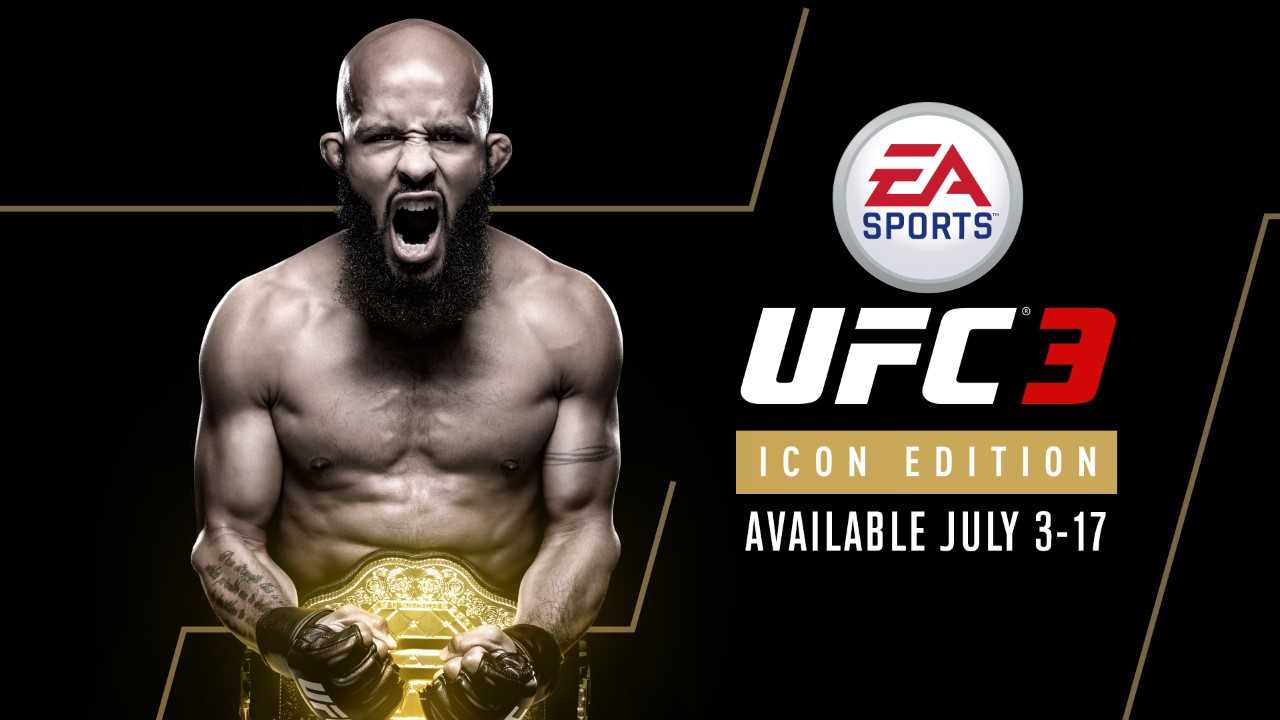 “This one is for all the hard-working gamers out there. Games are a big part of my life, so to be on a cover of an EA SPORTS game for the first time ever, that’s incredibly special,” UFC flyweight champion Demetrious Johnson said. “I worked hard to get here, and it’s a great feeling to be immortalized as an Icon.”

EA SPORTS UFC 3 Icon Edition is available now through July 17 for Xbox One and PlayStation®4 for $39.99. To learn more about EA SPORTS UFC 3 visit https://www.ea.com/games/ufc/ufc-3. EA Access members receive a 10 percent discount when they purchase a digital version of EA SPORTS UFC 3 on Xbox Live.*