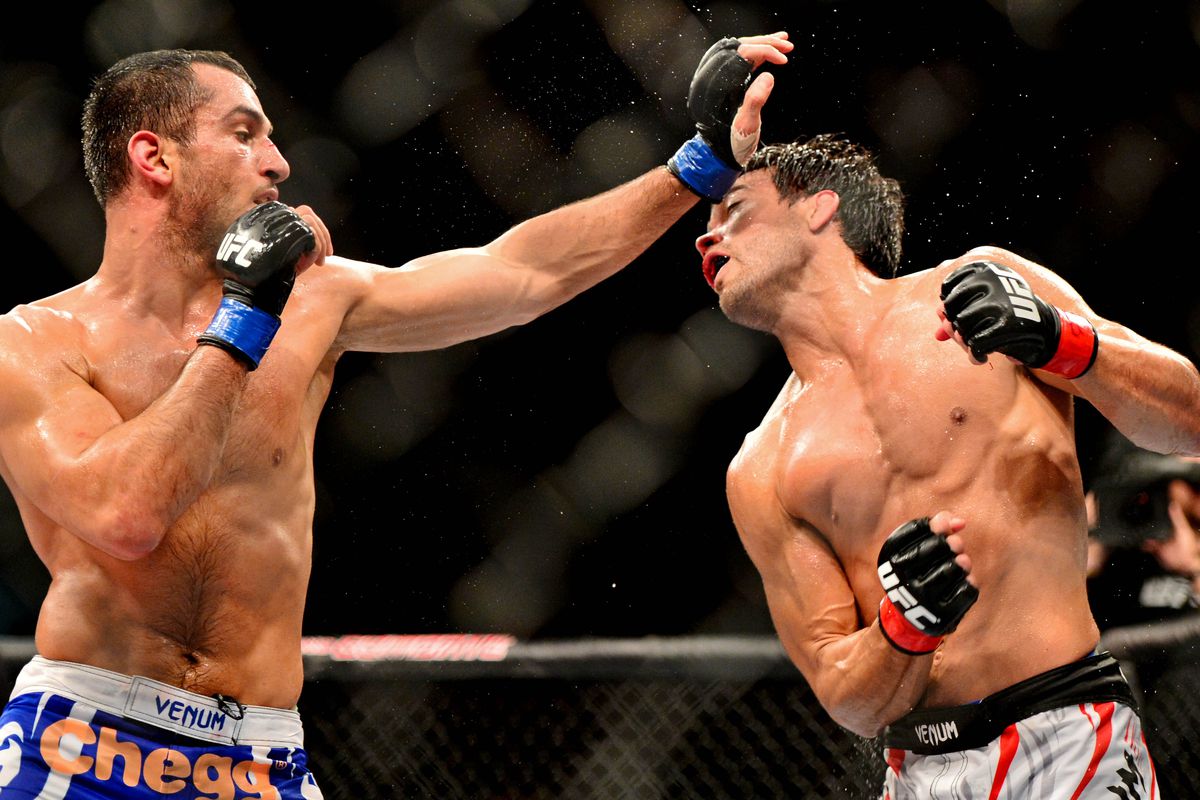 Machida stated the reason he signed with Bellator was they “gave him an offer he couldn’t refuse”.

When speaking to the media before his introductory press conference, Machida expressed his interest in facing the winner of the upcoming super fight between Gegard Mousasi and Rory Mcdonald.

An that is a very interesting result Machida is waiting on, especially if that result is Mousasi defeating Mcdonald.

In case your wondering why I mentioned Mousasi’s name, it’s because Lyoto Machida and Gegard Mousasi have quite the history together dating back to the UFC.

In 2014, in only his second fight with the UFC, Mousasi faced Machida in his first nationally televised headlining debut in which he lost to Machida via unanimous decision.

Five years later, both competitors now in the same company once again, with Mousasi as a world champion in that company a potential rematch between the two may be on the horizon should Mousasi triumph over his opponent.

But Mousasi claims in their first encounter back in 2014, when both men were in the UFC that Lyoto Machida was on performance enhancing drugs (PEDs), and now that he’s offically apart of Bellator, he demands Machida undergo “extra” drug testing should there be a sequel between them in the organization.

Mousasi referenced The Dragon’s physical features during their first encounter as an example to justify his argument.

“He was slippy as fck,” Machida told Luke Thomas on the latest episode of The MMA Hour. “If you put oil on your body, the next day you sweat it out and you’re slippy as fck. I’m not [the] only [one] saying that; you can ask Luke Rockhold — he said he was slippery too and I went five rounds with [Machida].

“I was watching the video back and when I have his back he was shiny as fck and he had a six-pack like 15-year-old virgin boy. Then I saw his last fight with Vitor Belfort and he was fat as fck. What you can see, you can see. I’m not blind, go back and watch the fights.

“He had a six-pack a few years ago and since USADA came he doesn’t have one anymore. I don’t want to talk about it. People always say I’m a bad loser. I’m not a bad loser, I’m saying I fought people that were on steroids, you dumb motherf*ckers — what can’t you understand about that?

He also insisted that Machida would have to specifically perform blood testing for the simple fact he doesn’t trust the Brazilian.

“I want to do it the same way,” Mousasi continued. “So far, the commission has been doing a good job so everything has been fine. I think with Machida they should do extra testing and especially blood [testing] because I don’t trust that guy.”

Even though Mousasi thought Machida was delt a rough penalty after admitting he consumed 7-keto-DHEA before he fought Dan Henderson, he strongly believes the Brazilian karate master was using PEDs when 1st fought, even before the UFC-USADA partnership began.

“When I fought him, that was before USADA, people have to understand that. After USADA he’s been caught with some stupid sh*t, I don’t consider that to be [as bad]. His buddy, Anderson Silva, he knew he was being tested and he got caught twice for steroids. Brazilians have a reputation for being on steroids, that’s the truth,” said Mousasi.

“Before USADA, I felt he took something before our fight. Then afterwards, of course he knows he’s going to be tested so he wasn’t going to use the other sh*t that he was using before.

“I’m just wondering where is his six-pack? Watch the video of him fighting Vitor Belfort, he has a chubby belly. He still has to cut all of that weight, so when you lose all that weight you’ve got to be muscular, but he wasn’t muscular.”

“You’ve seen pictures of Vitor Belfort? He looks jacked again. Vitor Belfort on TRT was knocking everyone out. After, without TRT, he was losing to everyone. The problem with [performance] enhancing drugs is, you have all this experience and then you do PEDs and you have all the physical attributes of a 20-year-old and maybe even better because you overdo the testosterone levels,” he said.

“A fair [playing field] is all I’m asking for. If they allow everyone to use steroids then sure, I’m going to use something and then it will be about who has the better doctor.”

By Doug Geller 25 mins ago