This weekend in the main event at UFC 230 at Madison Square Garden, ‘The Black Beast’ Derrick Lewis will be in the biggest fight of his life.  Coming off a spectacular knockout win over Alexander Volkov just last month, Lewis returns on short notice to challenge Daniel Cormier for the UFC heavyweight title.

Following the win over Volkov, Lewis proceeded to remove his pants to which commentator Joe Rogan asked him what he was doing.  ‘The Black Beast’ responded with a hilarious soundbyte that went viral, “my balls was hot.”

Now, you can own the shirt that became part of an internet sensation. 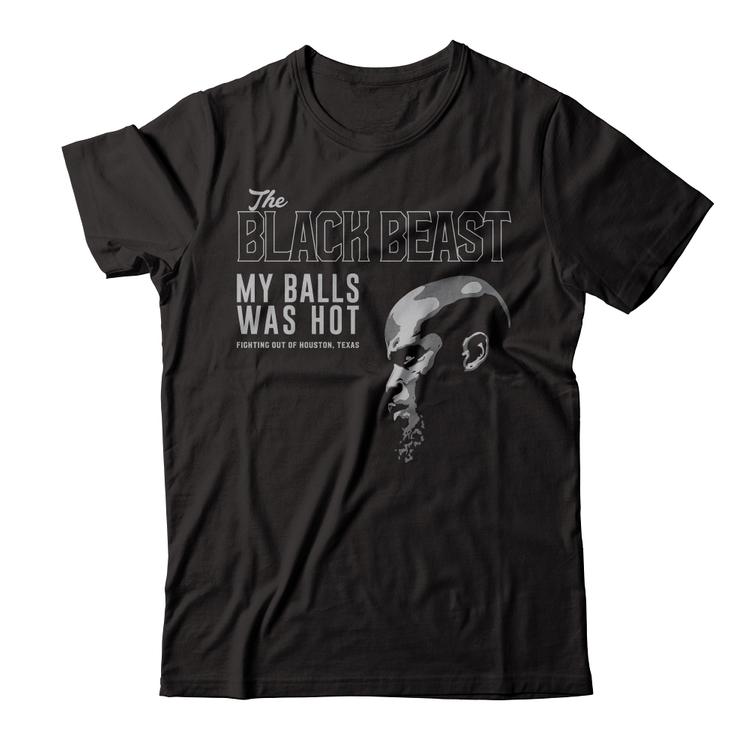