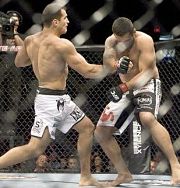 These are two of the most skilled and dangerous heavyweight strikers to ever compete in MMA. Dos Santos came to the UFC back in October of 2008, where he KO’d Fabrício Werdum with a beautifully timed and placed uppercut, and we immediately knew we had another elite heavyweight on our hands. 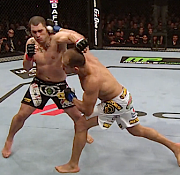 This improved his record to 15-1 as a professional, however, he’s gone 6-6 since. He lost his rematch and trilogy bouts with Velasquez, the rematch in which he lost his title, the trilogy of which he was awarded another shot. He KO’d Mark Hunt in round three, got TKO’d by Alistair Overeem in round two, defeated Stipe Miocic via unanimous decision (48-47, 49-46, 49-46) in a very close fight, defeated Ben Rothwell via unanimous decision (50-45, 50-45, 50-45), and was TKO’d by Miocic in round one of their rematch. He then won his next three straight over Blagoy Ivanov, Tai Tuivasa, and Derrick Lewis. Since his only win streak after losing the belt, he lost his last two to Francis Ngannou and Curtis Blaydes, both via TKO.

Rozenstruik was awarded the Newcomer of the Year award last year by MMAJunkie and CombatPress, where he made his debut in February, and went 4-0 throughout 2019 with all four wins by knockout (one TKO, three KO’s). 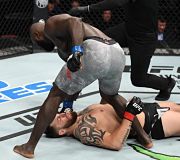 In these fights, he defeated Junior Albini, Allen Crowder, Andrei Arlovski, and Alistair Overeem. Before joining the UFC, Rozenstruik completed a 6-0 record with five knockouts, and the only fight he didn’t finish, he defeated the previously undefeated, 9-0 Andrey Kovalev via split decision at Rizin 10.

He did lose his last fight to Ngannou however, where he was KO’d in just 20 seconds. He was trying to be technical, while Ngannou just stormed right through him with a barrage of punches. Ngannou’s the type of specimen that can get away with that given how powerful he is, along with how good his hands are. As we all know, Rozenstruik has a kickboxing background, where he went 76-8-1 with 64 knockouts. That’s quite astounding. The power he possesses is absolutely incredible. 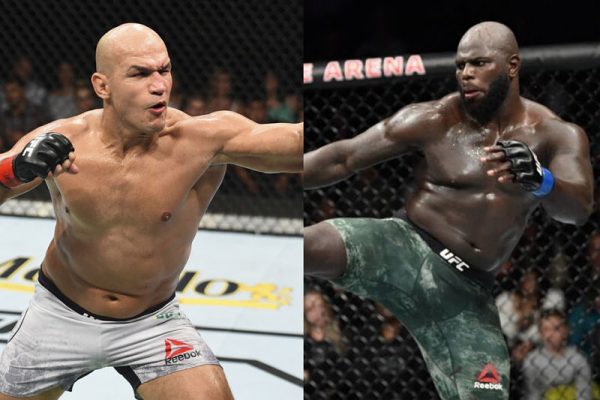 Rozenstruik had all that hype around him leading up to the Ngannou fight for a reason. He’s one of the best kickboxers we’ve ever seen in the sport of mixed martial arts, and he’s incredibly powerful. He has a very solid, dense frame, along with endless skills on the feet. Much of the same could be said for dos Santos as well, he’s one of the best boxers we’ve ever seen in the sport, let alone the heavyweight division.

He isn’t build the way Rozenstruik is though, dos Santos stands 6’4” and usually weighs in at the low to mid 240’s, while Rozenstruik stands 6’2” and usually weighs in close to the heavyweight limit, around 260 lbs. It’s a pretty certain thing dos Santos’ best days are behind him, but that doesn’t mean he isn’t still one of the best in the world. With as slim as he’s been looking these days however, fighting a big heavyweight with knockout power like Rozenstruik’s may not be his best match up, but who knows.

Dos Santos is very fast with his strikes, his boxing is incredible, as mentioned above, and he has some good kicks to go along with it. He’s one of those mixed martial art fighters that’d do very well in professional boxing, and Rozenstruik has already proven he does very well in professional kickboxing. Of Rozenstruik’s ten wins, nine come via knockout, while fifteen of dos Santos’ twenty-one wins come via knockout.

This fight comes down to who can hit their opponent without getting hit themselves. They’re both so dangerous, it could very easily go either way. Dos Santos needs to stick that piston of a jab he has in Rozenstruik’s face in order to set up his other punches, while Rozenstruik needs to move his head and perhaps use his kicks in order to set up his hands. Dos Santos does have a black belt in Brazilian Jiu-Jitsu as well, but we’ve literally never seen that out of him, and just one of his wins comes via submission, his second fight via guillotine choke.

Who do you see winning this epic battle of thunderous knockout artists?

Laying a New Pavement: How to Find the Best Paving contractor near me

What is Erectile dysfunction (aka ED)? : Buy Kamagra to treat the ED

Why Medicare Advantage Plan 2023 Is Getting Global Hype?

Know How To Make The Best Use Of 꽁머니사이트