The first time that Duane Shields fought Bart “Bang” Pierre, Pierre had his way with him and got the finish in the first round.  It has been bothering “Crispy” ever since that night in October of 2017.  On February 15 at the 2300 Arena in South Philadelphia, Shields gets to run it back with Pierre at Art of War 10.  Both fighters bring a 3-2 record to the cage.

Please check out our video interview with Duane Shields above.  Duane is a devoted father and teammate to his second family at Martinez BJJ. He tells me about his feelings from the first matchup and how this time he is a different fighter.  MyMMANews will have plenty more pre-fight interviews as well as live results on the back to back nights at Art of war 10 and Art of war 11 the next night, February 16.

Visit the Art of War Facebook page for ticket info 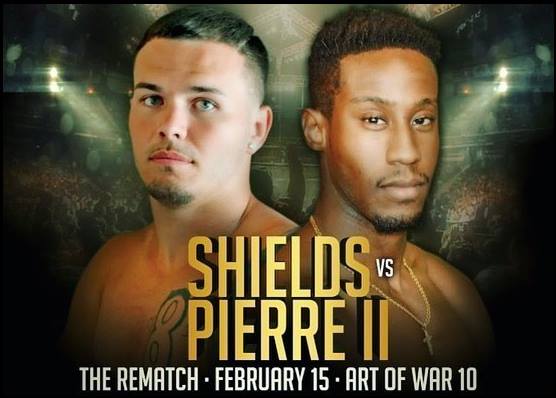 By James Lynch 44 mins ago

By Adam Crist 48 mins ago

By 'Beautiful' Bob Meloni 60 mins ago