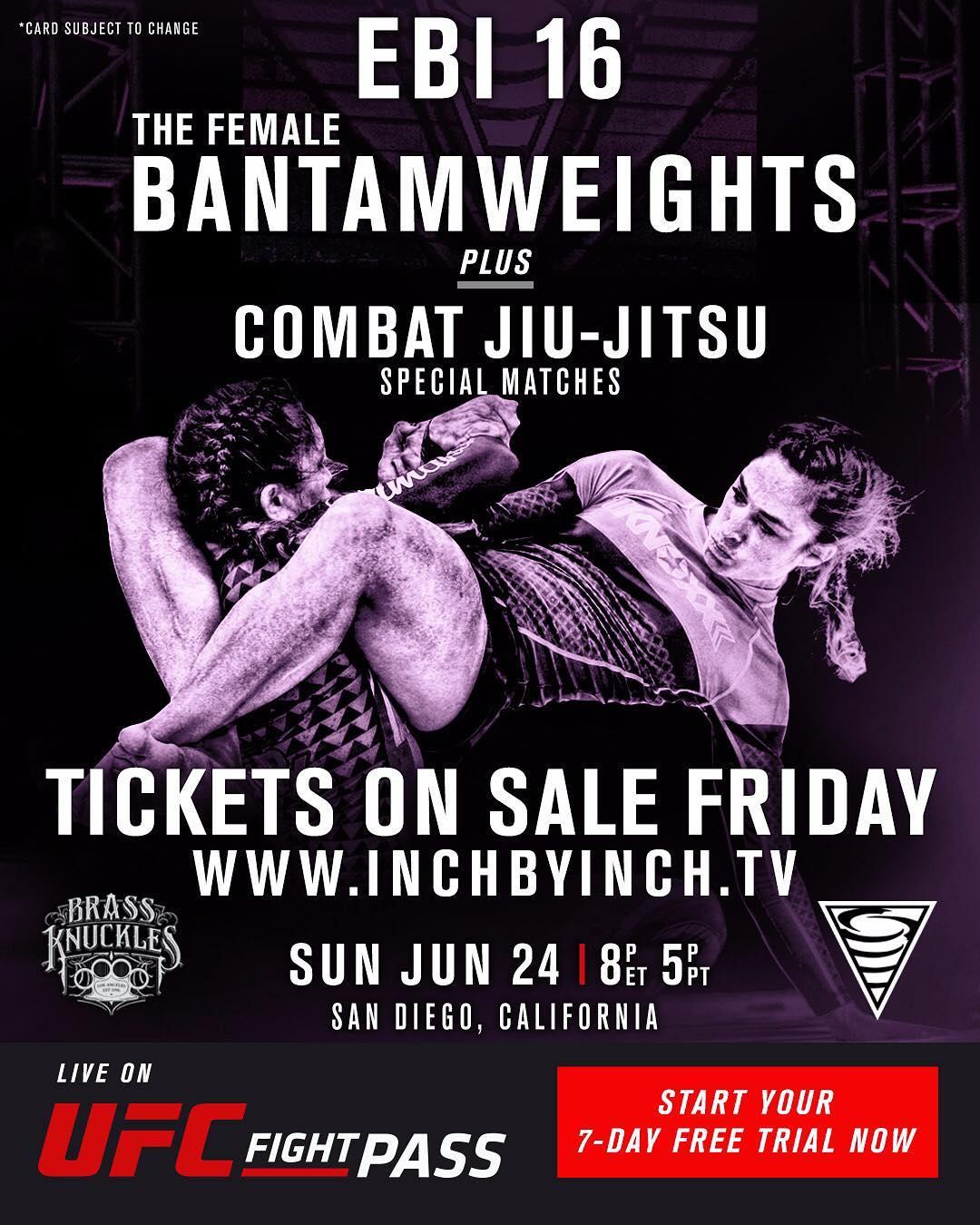 The event features a 16 woman bantamweight bracket, as well as two combat jiu jitsu special matches.  Full live results are listed below.  One of the combat jiu jitsu matches will feature Richie “Boogeyman” Martinez and Bobby Emmons in a rematch of their previous CJJ match at EBI 13.  Martinez won that bout to go on to earn the CJJ welterweight belt, and Emmons will be looking to steal the belt from him in their rematch.  The other featured combat jiu jitsu match will be between PJ Barch, head of 10th Planet Spring Valley, and Mikey Gonzalez of Tactica BJJ.  Upkicks are not included in the rules for these combat jiu jitsu matches. You can stream the EBI 16 event on UFC Fight Pass or go to Inchbyinch.tv for the PPV. 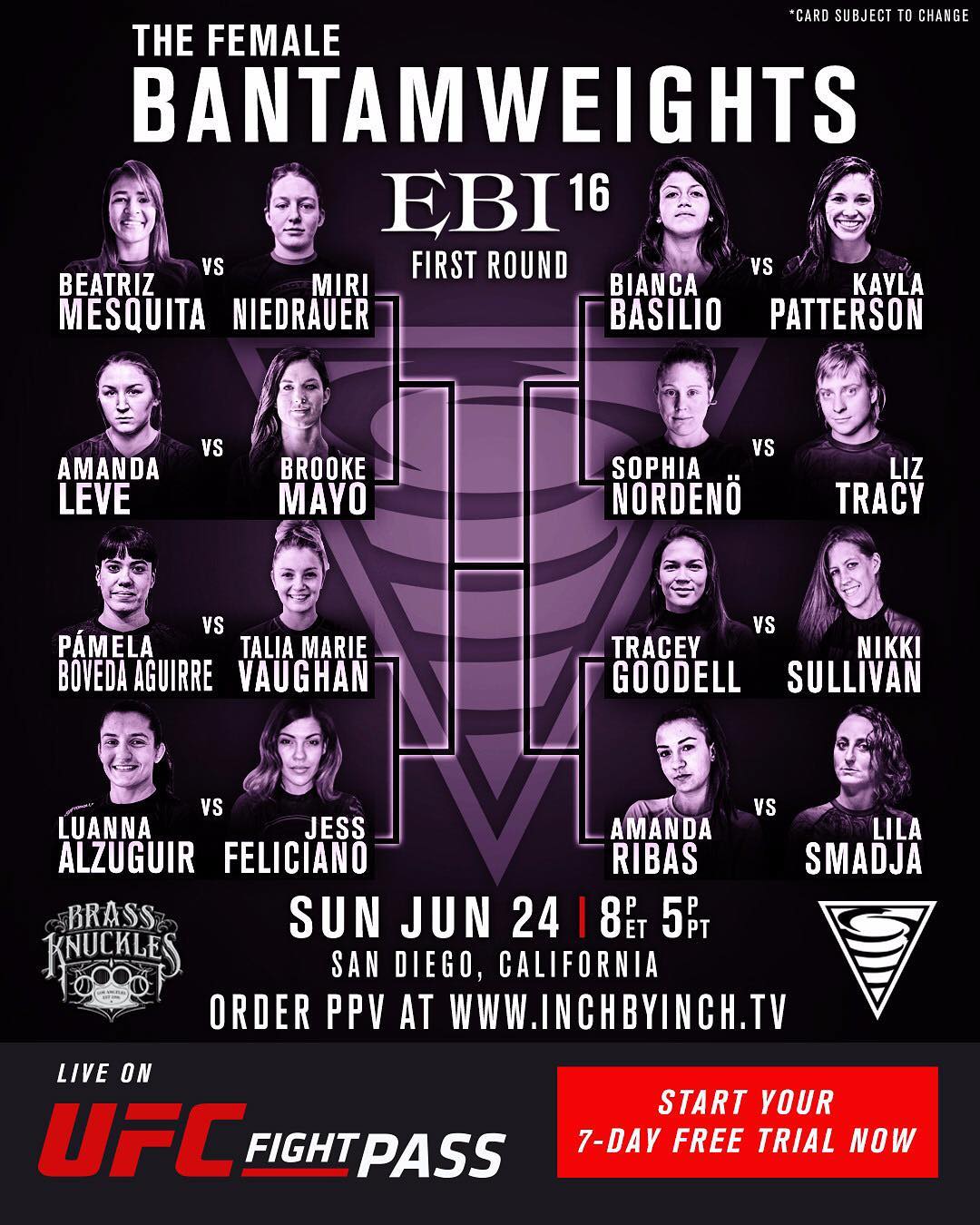